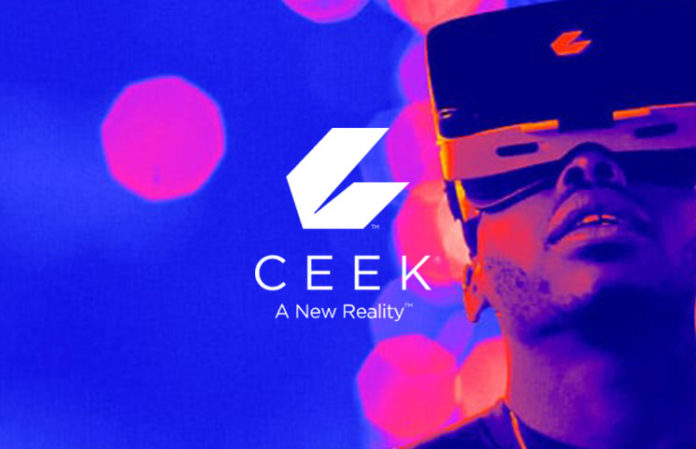 In the last few years, we have seen Virtual Reality development accomplish great experiences and making its way on to mobile platforms.

Development has mostly been aimed at gaming experiences on PC and consoles but as a  consequence, VR sets have big battery consumption and thermal limitations for the mobile user.

A recurring issue for some users is the incompatibility between platforms, programs, and headsets. Though all solvable, the process could be tiresome for an average VR Headset owner.

Most VR applications, games and engines must port each vendor’s API’s which means that each VR device can only run the apps that have been ported for its SDK (Source Developers Kit), thereby limiting interoperability.

Some companies are trying to offer users another approach at VR by making it widely available to the public and providing newer types of content like movies and first-person experiences.That is the example with CEEK which seeks to provide their customers with high-quality VR experiences on a unified VR platform.

CEEK is a renowned hardware and software developer, manufacturing and providing VR equipments and mobile VR experiences. They are developing a technology called “Omni-channel”, a distribution platform of Virtual Reality (VR) experiences that creates, sorts, and distributes VR content regardless of headset variety.

CEEK’s platform is composed of two layers to act as agents between Applications with different development kits and to unify the different VR headset devices SDK (Source Development Kits) giving headset owners a more seamless and reliable experience, regardless the platform or equipment being worn.

In order to empower artists and the entertainment industry as a whole, CEEK features a custom minting tool known as CEEK Coin Cast. It allows artists and entertainers to “create virtual tickets, venue coins, personal brand tokens and virtual merchandise of any kind”, providing a cheaper alternative (10x less expensive than Ethereum’s Gas) to ICOs that is directed towards the virtual reality entertainment industry.

How does CEEK Work?

CEEK virtual reality environments are to be governed by Ethereum Smart Contracts.

They will use a system called ChainLink as a blockchain middleware that allows Ethereum Smart Contracts on the CEEK Platform to connect to external, off-chain resources through outside data feed triggers using Tendermint as a secure protocol network. Tendermint is a synchronous protocol derived from the DLS (Depth-Limited-Search) Algorithm.

By leveraging these technologies, CEEK is able to offer services for direct purchase by a smart contract, such as “on-chain” subscriptions, thus increasing transparency, reducing fees and enabling access to critical offchain resources that result in a scalable, secure and auditable way to add data, off chain payments and API’s into a Smart Contract.

In order to deal with scalability, CEEK uses a technique called ‘Sharding’ that breaks a database into pieces and puts each part on a different server.

The goal of sharding is to move away from requiring ‘full nodes’ who store the full state of the network and every transaction that occurs. Instead, each node stores a subset of this data and only verifies those transactions. If a node needs to know about transactions or blocks that it doesn’t store, then it finds another node with the information it needs. This technique will allow the CEEK project to grow indefinitely.

In order to fund the development and marketing of the platform, CEEK is organizing a token sale in which, CEEK, an ERC20 token based on the Ethereum blockchain, will be distributed to supporters.

Token holders will be able to participate in immersive virtual reality VR experiences that grant them special access to a tokenized rewards exchange that enables users to buy virtual assets, mint virtual goods, voting among many other options.