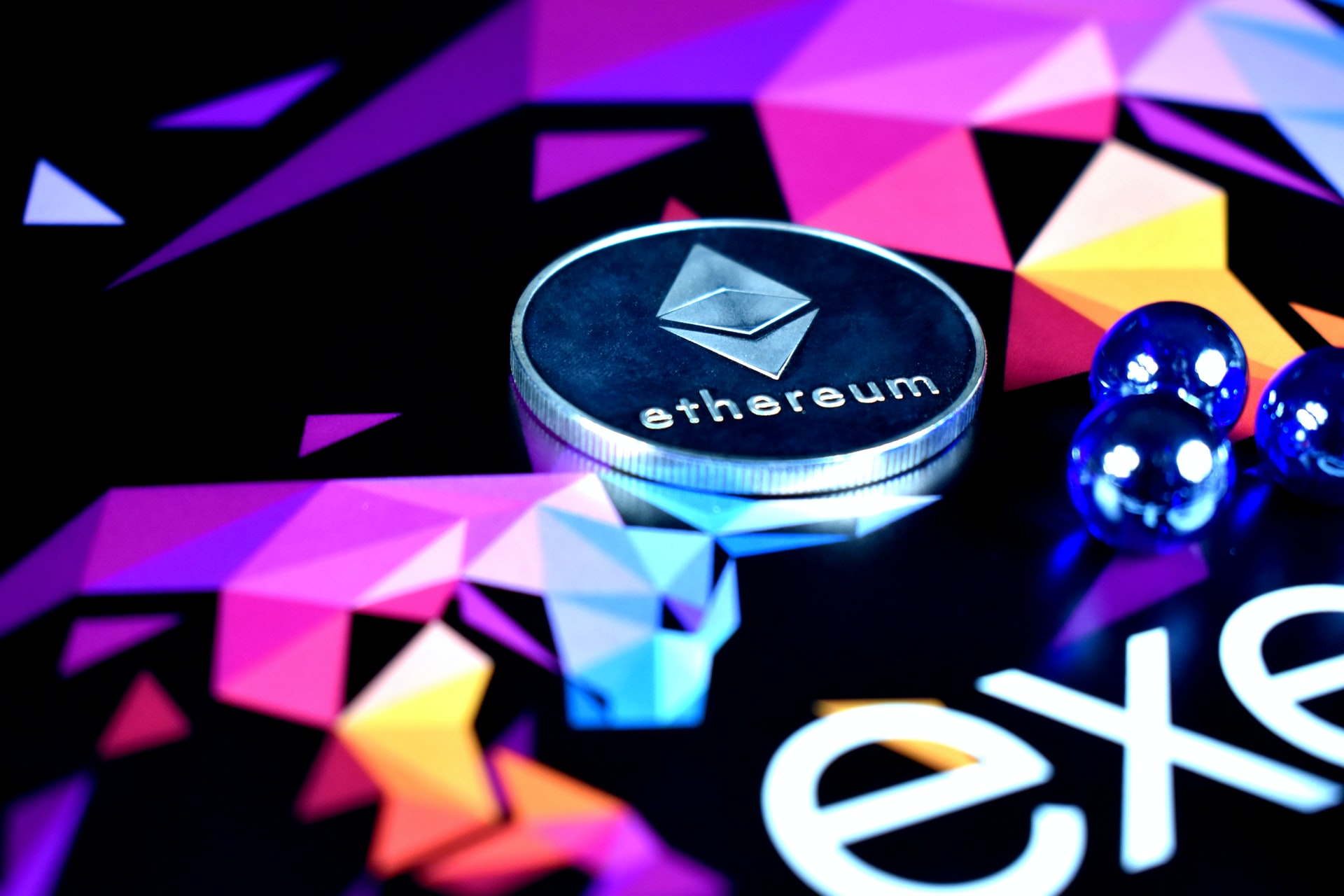 The decentralized finance (DeFi) space is taking root as a major force in the crypto world, and in 2020 it seems to be granting the entire cryptocurrency space new life as it aims to bring the dream of banking the unbanked closer to reality.

Using decentralized finance protocols, it’s now possible to save and earn interest on your holdings – which, thanks to stablecoins, can be tied to the value of the U.S. dollar – as well as to take out crypto-backed loans in case extra capital is needed.

These are but a few of the use cases DeFi currently boasts: it’s also possible to trade on decentralized platforms, enter leveraged positions, or tokenize real-world assets. These use cases have seen DeFi’s popularity explode in recent months. Two years ago there was only around $150 million locked in DeFi, and just a year ago there was less than $500 million.

2020 was the year that things really took off for the sector and all eyes turned to DeFi. There is now over $7.9 billion locked in the space and DeFiPulse data illustrates just how much value has been added this year: 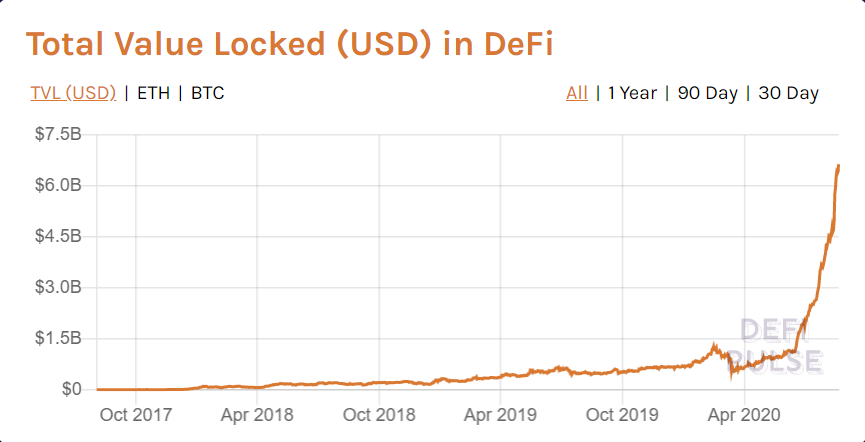 The rapid rise of DeFi has seen many accuse the space of being a speculative bubble. Indeed, unaudited projects have seen inflows of over $500 million in a few hours. On the other hand, others believe the space’s growth is natural and distinct from the 2017 ICO bubble that saw a phenomenal explosion of crypto projects and valuations - including the unashamedly Useless Ethereum Token project - which raised $300,000 from investors.

To learn more, CryptoCompare reached out to several high-profile decentralized finance projects and asked them about the future of the space, potential use cases, and more. One answer quickly stood out: they all believe Ethereum (ETH) won’t be replaced as the go-to blockchain network for DeFi.

The following data and responses come from some of the leading decentralized financed protocols, including Augur, Argent, DDEX, Balancer, Nexus Mutual, Kyber Network, Loopring and Staked.

In a short survey conducted with representatives from some of the world’s leading decentralized finance projects, CryptoCompare asked how respondents felt about the potential for Ethereum to be replaced as the number one DeFi network within three years.

62.5% of respondents strongly disagreed with the statement, while 12.5% disagreed, and 25% neither agreed nor disagreed.

When asked about some of the shortcomings of the Ethereum network in its current state – including the transaction throughput limit that has seen transaction fees rise  over 3,500% so far this year, some respondents pointed towards layer-two scaling solutions as “higher fees just create more urgency on solutions.”

Others pointed out that for monthly active users “who deposit for months” high transaction fees aren’t an issue, and will only be a burden for some users. Some respondents also pointed to pools and other solutions, including zk-Rollups, while there were those that did concede that “gas fees will hold adoption back.” Shane Hong, Marketing Manager at On-chain liquidity protocol Kyber Network argued:

“In my opinion, It is indeed hard for mass adoption to be achieved given the current state of transaction fees. But there will always be a group of users looking for profit-making opportunities even with the high fees.”

These were not, however, the main concerns that the representative saw as more pressing to the future of the DeFi space. Instead, they pointed towards security concerns, user experience, marketing, and a lack of infrastructure for truly decentralized products.

Argent, a cryptocurrency wallet that allows easy access to DeFi, pointed out there’s still a need to “build use cases that solve significant pain points for a mainstream audience.”

The Importance of Security

To some decentralized finance players, smart contract audits alone are enough to ensure trust. Most of the companies we quizzed, however, agreed that even after an audit, bugs could slip through the cracks, and that these bugs could still be exploited and lead to a loss of funds.

Nexus Mutual pointed out that it’s “extremely hard to code 100% bug free,” while others argued that a combination of insurance and smart contract audits would be a better combination.

“Smart contracts such as the original parity multisig wallet were audited yet still contained serious exploits. Any consumer facing products leveraging DeFi should offer insurance via Opyn or Nexus Mutual under the hood to mitigate risk,” argued Balancer.

Still, decentralized exchange protocol Loopring felt that a poor audit reflects badly upon the auditor rather than the process, explaining that if a security audit doesn’t flush out all the bugs, that means the “auditor is not qualified or not good enough to find out the bugs and risk.”

When asked to rank how big of a concern security is in the decentralized finance space on a scale of 1-10, 50% of respondents chose a “10,” while no one chose a figure below “8.”

Using the same scale, 37% went with a “10” when considering how important it is for DeFi platforms to add insurance against loss of funds. However, some respondents went as low as a “3,” suggesting a clear divide in opinion on this issue.

DeFi Is still About Speculation, Not Financial Services

We also asked the representatives of top DeFi protocols what percentage of value locked in the space they think could be attributed to users who want to use the financial services themselves, as opposed to users looking to make speculative income on token appreciation. The response leaned heavily towards speculative use cases, with most believing 10-30% use DeFi for financial services.

Despite the fact that DeFi already has billions of value locked in its ecosystem, the sector isn’t believed to have a particularly large user base. The representatives pointed out that this happens “with all fast-growing sectors,” and that the real question is “can DeFi grow into it’s valuation or not?”

The consensus seemed to be that valuation is forward looking, and that new products are going to bring in new users. Shane Hong from Kyber explained that:

“First movers in any cutting-edge industry are often a smaller group of users who are less risk-averse and have the resources to invest in the diamonds in the rough. Over time, through increased education and product innovation, user adoption is expected to increase exponentially to justify the amount of investments flowing into DeFi protocols and products.”

We also asked participants whether they agree the decentralized finance space needs to be regulated to achieve mainstream adoption. Half of our respondents said they disagree with the premise, while an additional 25% said they strongly disagree with it.