Cryptocurrency and blockchain technology are set to change the world for the better. However, as more and more people have realised this groundbreaking new technology the availability of talent that understands these new fields is dramatically overstretched. This blockchain talent crisis is the problem that Experty wants to solve using their native token EXY. Experty could be described as an ‘Uber for knowledge sharing’ and it aims to provide instant access, answers and payments to advice seekers and knowledge providers globally.

Experty’s mission is to encourage the adoption of cryptocurrency on a global scale by creating an intuitive, easy to use application that is suitable for wide scale usage. We expect mass adoption within the next 3 years. Anyone who needs to make a consultation via the Experty app will also have a cryptocurrency wallet in their pocket.

Awareness for Experty is growing, and it made the list at INC.com for “The Top 10 Initial Coin Offerings (ICOs) to Watch in 2018” 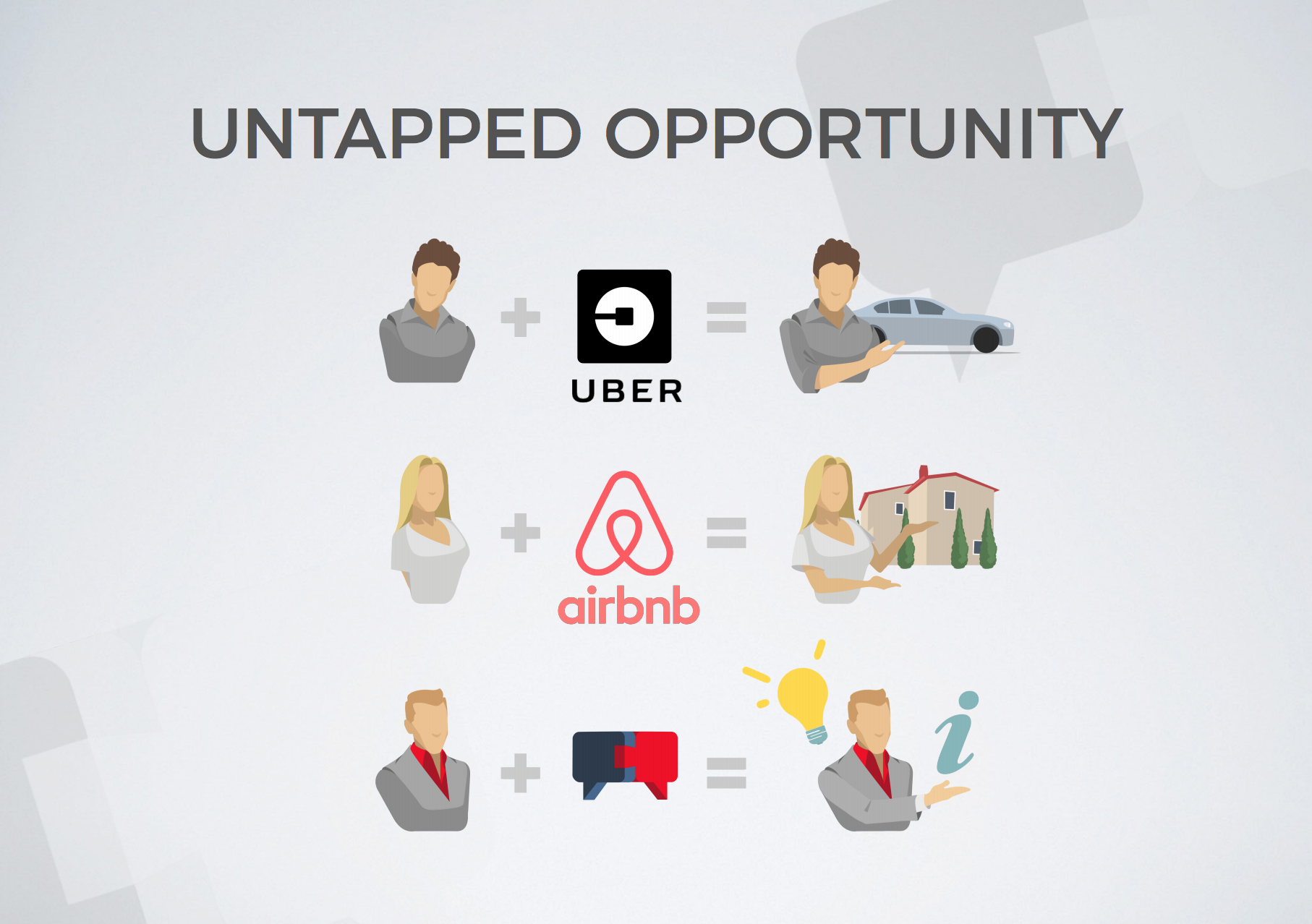 Similar how Uber revolutionized the transportation industry and Airbnb, the hospitality industry, the Experty team plans to change the knowledge sharing economy. 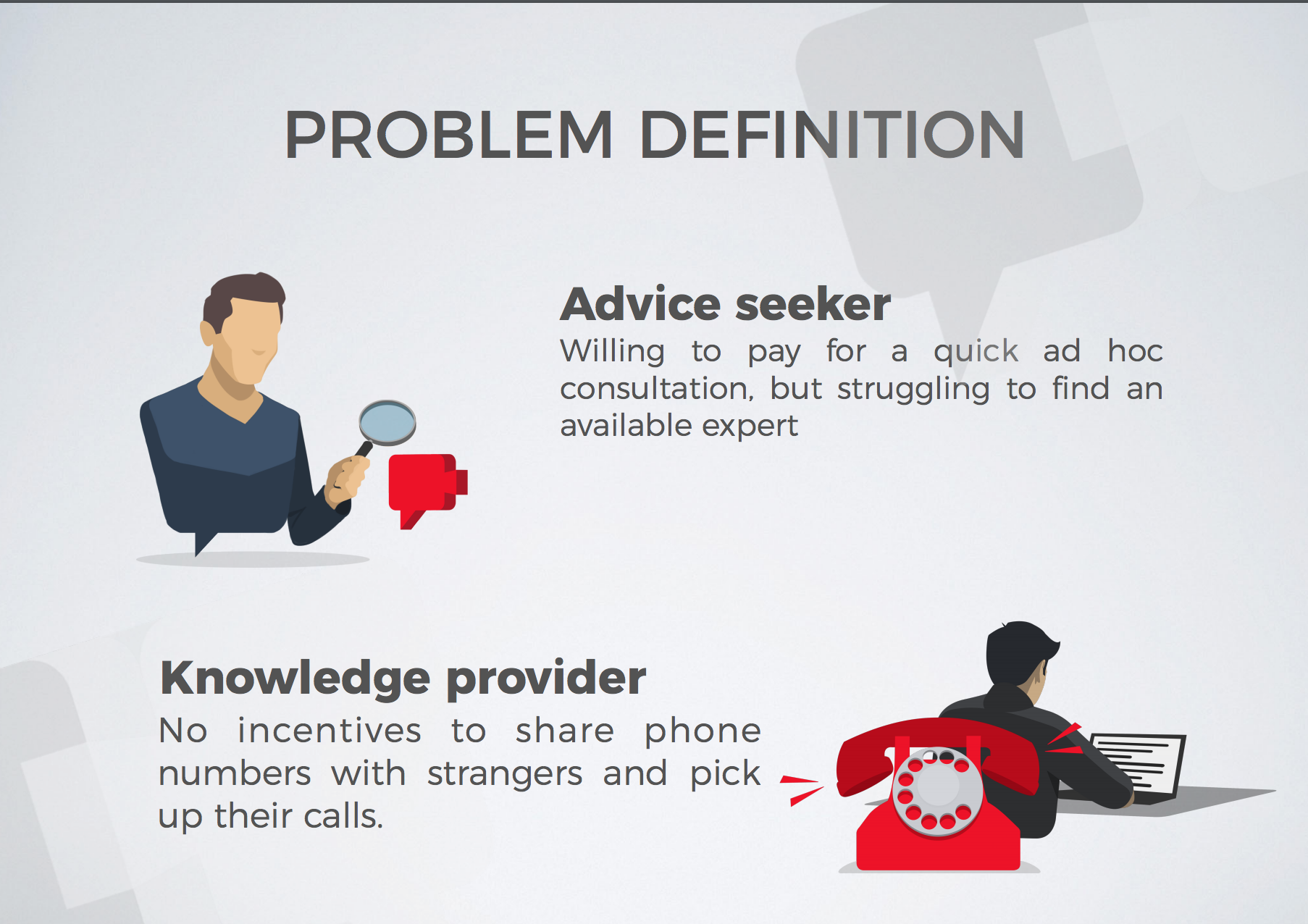 To get an idea of what Experty is and how it works let's work through a scenario. Firstly a knowledge provider sets their per minute rate. This will obviously depend on the level of expertise and the demand for such a skillset. The knowledge provider will then share their Experty profile with an advice seeker. The advice seeker will then be given the information they desired and when complete a payment is made from the seeker to the provider via the Ethereum blockchain instantaneously.

The platform has distanced itself from some other competitors in the sense that it is not a marketplace. So instead of a search based solution, a fully decentralised solution has been taken. Whereby users are free to share their Experty contact details, social media accounts and information on what services they provide. This solves two major problems, firstly it identifies and verifies the experts with social media accounts. Secondly it increases the amount of potential users as it will integrate existing social media platforms, this in turn will increase the usefulness of the Experty platform.

Omar from Crypt0’s News likes the idea and plans to use it. He stated: “It’s very rare that I hear about a project that actually is creating something that I can use myself… I look forward to trying out [the Experty app]”

Josh Olszewicz, a popular Twitter and YouTube crypto personality said: “I immediately saw an opportunity for myself to use the Experty app. It’s very hard to scale 1-on-1 knowledge sharing at the moment.”

Now that we what Experty is and how it works let's take a look at some potential use cases:

After the first year, Experty plans to expand to more markets which other use cases. For example: 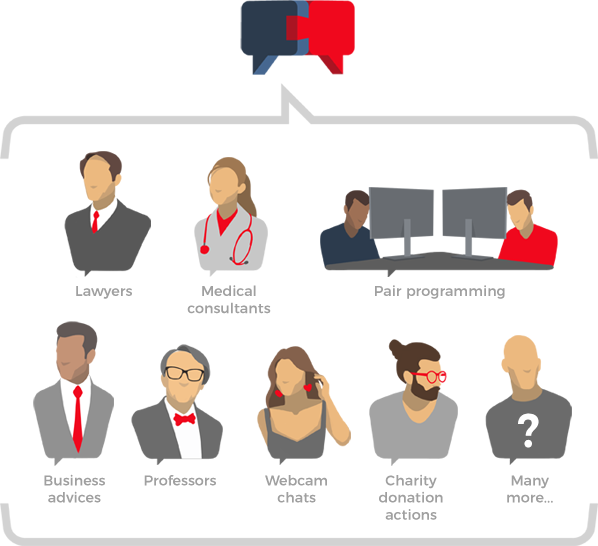 The Experty Token is an ERC223 token and is a key part of the Experty platform. It will be used for payments from advice seekers to knowledge providers. It can also be staked by users for access to premium features. Its other major use will be to act as a deposit for advance scheduling with a knowledge provider.

In addition to this, the EXY token will also be used as a payment method for people who want to accept different cryptocurrencies, such as Ethereum. Consultants who don’t want to use only EXY as a medium of exchange will be charged with a monthly subscription fee in EXY, depending on how heavily they use the Experty application. This will allow wider usage of the app, as Ethereum is more well known than the EXY token. This unique approach will help to improve the user experience, while still requiring that the EXY token be used.

100,000,000 EXY tokens will be created and there is a soft cap of 2,000 Ethereum and a hard cap of 33,000 Ethereum. The EXY token will not be mineable Below is a breakdown of the token generation event (TGE) distribution:

The Experty roadmap plans on launching the mobile (iOS, Android) and Web applications Q1 of 2018 which will enable messaging, voice calls, and balances. The desktop app and other features will arrive over 2018, screen sharing and group calls are planned to launch Q1 and Q2 of 2019.

The current progress of the app can be found in their live demo video:

The team to Experty has huge expereince in development and blockchain projects between them. Kamil Przeorski is CEO of the 15 person team. Tom Dyl and Grzegorz Kućmierz are the other Co-Founders and specialise in solidity and blockchain technologies. Their is a group of 15 advising on the Experty project, this group includes Moe Levin founder of World Blockchain Forum, Craig Sellars Ex-CTO of Bitfinex and CTO of Tether and many other industry experts and influencers.

To see the full team and advisor board visit the website.