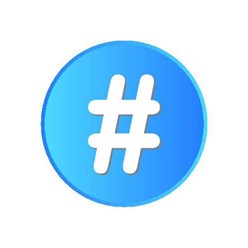 A Bitcoin hash is created by running the SHA-256 algorithm on six pieces of data.

1. The Bitcoin version number.
2. The previous block hash.
3. The Merkle Root of all the transactions selected to be in that block.
4. The timestamp.
5. The difficulty target.
6. The Nonce.

1. The Bitcoin version number is simply a number to track software and protocol upgrades.

2. The previous block hash is the hash of the parent block in the blockchain. i.e. block 23’s hash if this is block 24.

3. The Merkle Root or essentially a binary hashing of all the transactions in the block.

4. The timestamp is the time that hashing took place.

5. The difficulty target is the Bitcoin Network targeted number of zeroes.

6. The Nonce is a 32Bit number that the miners vary from 0 to try and find the hash solution.

As the Bitcoin mining network has advanced from Mega hashes to Giga Hashes to Peta hashes – the nonce, or the number that the miner varies can be run through in less than a second, which has 4 billion attempts has become easily exceeded resulting in miners having to use an extra nonce factor.