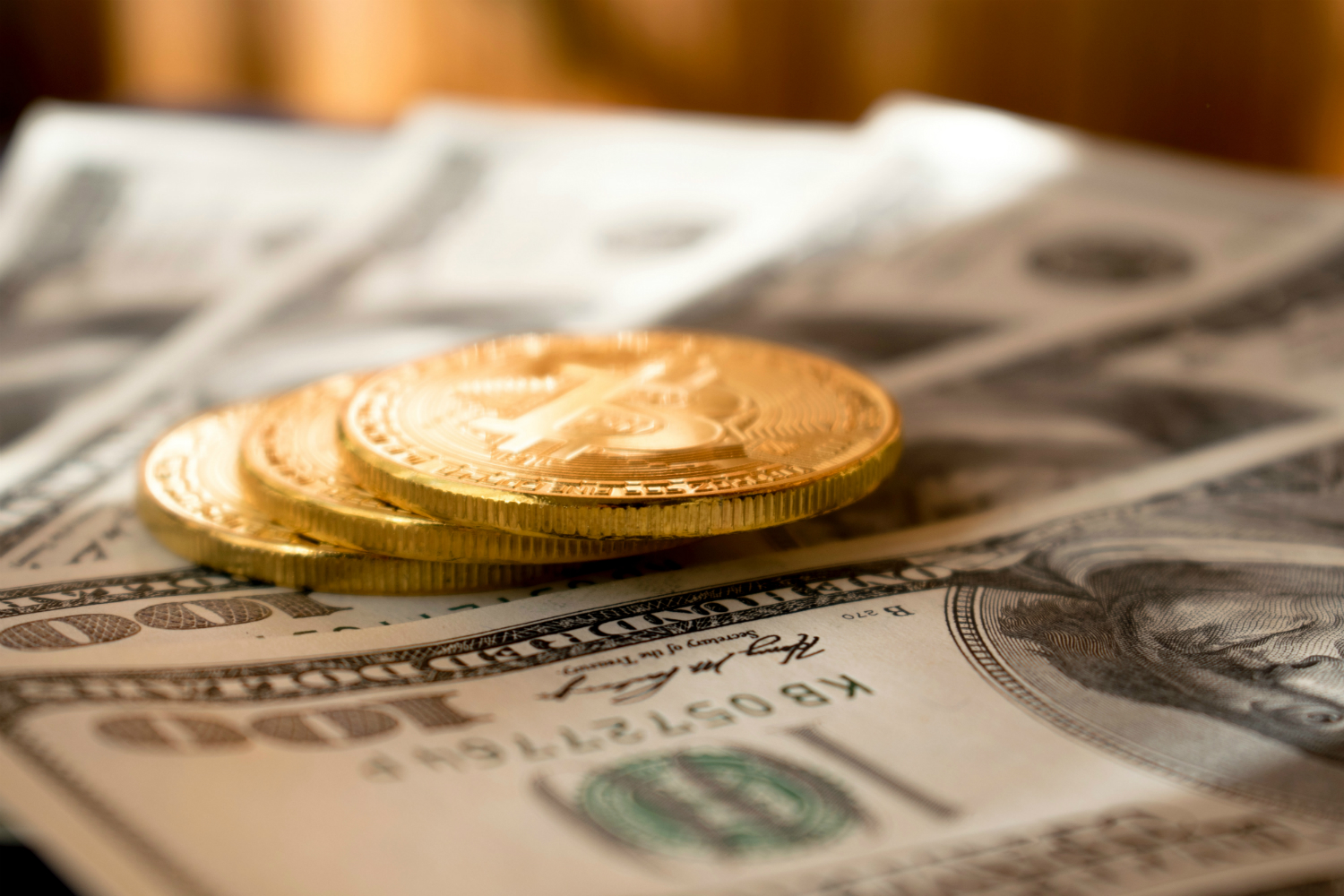 Although there are thousands of cryptocurrencies, more than 5,000 according to major listing websites, the majority of them aren’t used and are considered irrelevant.

Before we to answer the “how many cryptocurrencies are there” question, we need to take a look at the cryptos that currently have the largest market capitalization. Keep in mind, however, the top cryptocurrencies can easily change with time, as market cap can be easily influenced by various factors and cryptos are known for their volatile nature.

The coin that started it all a decade ago, Bitcoin is a landmark in financial history. It became the first form of money not issued or owned by a central authority. Its underlying technology, the blockchain, is changing and disrupting many industries for the better.

Although some solutions are being developed, like the Lightning Network, Bitcoin is currently limited and unable to function as a currency for everyday transactions. So, Bitcoin is currently seen as digital gold and functions mainly as a store of value. It is also the pillar on which the whole cryptocurrency market stands on, as it represents 66% of the total market capitalization.

The capacity for self-executing contracts, of which the rules can be written into lines of code, eliminated the need for trusted third parties. It also paved the way for decentralized applications and the Initial Coin Offering (ICO) craze, which saw thousands of tokens being created through the Ethereum platform.

A major upgrade, Ethereum 2.0, is going to implement profound changes to the network and is scheduled for this year of 2020.

Created in 2012, Ripple’s XRP is an open source protocol designed as a global payment solution, allowing fast and cheap transactions. The XRP platform differentiates from normal cryptocurrencies and it does not require mining, all of the 100 billion XRP tokens in existence were pre-mined.

Often referred to as the cryptocurrency of banks, the platform has been used and tested by many prominent banks and financial institutions all over the world.

However, it has been a target of some controversy and scrutiny over the years, mainly due to centralization concerns and the huge percentage of XRP tokens held by the Ripple company.

Created in 2017, Bitcoin Cash was created due to the scaling debate that went on for years in the Bitcoin community. Claiming Bitcoin was meant to scale and be used as digital scale via an on-chain solution, one of the warring factions demanded bigger block sizes in order for Bitcoin to have a larger transactional capacity.

For several reasons – including centralization concerns - many in the community did not desire such changes to Bitcoin. Especially Bitcoin Core developers, which envisioned the problem being solved off-chain with the Lightning Network. At the height of the debate, the Bitcoin network underwent a hard fork from which Bitcoin Cash was created and became one of the most successful altcoins.

One of the most controversial projects in the crypto community, Bitcoin Satoshi’s Vision was created in 2018 and is the result of a hard fork of the Bitcoin Cash network. One year after its inception, the Bitcoin Cash community could not reach a consensus regarding its direction.

One group desired to keep the block size of 32MB and implement upgrades (anonymity and smart contract features) that strayed away from the original Bitcoin protocol. The other group wanted to increase the block size exponentially and scale Bitcoin but keep everything else the same, touting it was Satoshi’s original vision as it was written in the whitepaper. From this division came BSV

Many in the crypto community claim that the BSV project is a scheme created by self-proclaimed Bitcoin creator Craig Wright and CoinGeek. Very recently BSV ended up surpassing BCH in terms of market cap thanks to an impressive rally some claim was orchestrated through fake trading volume.

USDT is the only stablecoin on the list and it is by far the most dominant one. Nearly 80% of all BTC is being traded against USDT, according to a recent report from CryptoCompare. The king of stablecoins has gained a notorious reputation since its inception in 2014.

It has been credited for creating artificial demand that ended up fueling the last crypto boom of 2017. Not only that, but several concerns have been brought up over the years regarding the backing of USDT, as many argue that Tether (the company behind USDT) does not hold enough reserves to back the billions of USDT tokens in circulation.

One of the oldest cryptocurrencies, Litecoin is an early spinoff of Bitcoin. Many compare Litecoin to silver, akin to Bitcoin being compared to gold. Created by Charlie Lee in 2011, Litecoin’s code isn’t that much different from Bitcoin but allows a greater transactional capacity, allowing for a larger number of transactions with lower fees. The supply of Litecoin is also larger and thus less rare, hence the silver comparison.

Launched in 2018, EOS is the result of the biggest ICO in history with a total of $4.2 billion raised in a yearlong ICO. Known as the “Ethereum killer”, EOS is a smart contract platform that shares many similarities and is a direct competitor to Ethereum. EOS’ whole infrastructure was designed to allow the development, hosting, and execution of large scale decentralized applications (dApps).

The network is much faster and scalable than Ethereum, allowing dApps to run smoother and having the capacity to process thousands of transactions per second with zero fees. But this greater network capacity comes at a cost, and that cost is a centralized structure.

Concerns started once block producers froze accounts that held stolen tokens, something that shouldn’t happen in a decentralized platform, and now many experts claim that the voting system is undemocratic and encourages centralization.

Binance Coin is the token of cryptocurrency trading giant Binance, one of the biggest cryptocurrency exchanges in the world in terms of trading volume. Launched in 2017, a few days before the launch of the Binance exchange, BNB is a token running its own blockchain. Not only did BNB play a crucial part in funding the exchange but it also serves a crucial role in the Binance ecosystem.

BNB can be used to pay for trading fees on the Binance exchange and will also give access to advanced features on the decentralized Binance exchange. BNB was one of the only cryptocurrencies to go up in price during the crypto winter. A key reason for this is the fact that Binance buys back BNB tokens from users and burns them, increasing scarcity and value of BNB.

Created in 2017 by Justin Sun, TRON is a decentralized platform designed to serve as a content distribution platform for the entertainment industry. Early on the project was beset by plagiarism allegations, as many experts pointed out that portions of the whitepaper and certain lines on the TRON code base were copied from other projects.

Regardless of the substandard reputation it has gathered, the TRON Foundation has made strives to bring innovation into the industry. In 2018 it was announced the creation of a $100 million fund for blockchain gaming (TRON Arcade), as well as the acquisition of file sharing giant BitTorrent. The purchase led to the BitTorrent token (BTT), which was created through an ICO on the TRON platform and will fuel the BitTorrent platform in the future.

The TRON project has been innovating in recent months and has even invested – or even acquired – crypto exchange Poloniex, which was used to launch the Polonidex decentralized exchange, where TRX’s TRC-20 tokens are traded.

Why so Many Cryptocurrencies?

The crypto industry can be rather daunting for newcomers who find out how many cryptocurrencies there are. Many find it confusing when they realize there are thousands of cryptocurrencies, each one with unique features and use cases.

This created the perfect conditions for a flood of new cryptocurrencies, as everyone and their grandmas could now launch their own coin. The ICO craze that took place in 2017 was responsible for bringing unprecedented profits, both for the company behind the project and for some lucky early investors.

The industry and investors have grown a little wiser and more skeptical since then, as many ICOs and were used as just a means to raise funds without any intentions of development afterwards.

After the 2017 boom many projects died out, either due to being plain bad (“shitcoins”) or because the teams lacked the proper incentive to develop after having received millions in funding.

The crypto winter brought with it a rather necessary purge, ending the life of many useless cryptocurrencies. In late 2018 the number of new cryptocurrencies entering the space slowed down considerably, according to Bloomberg analyst Mike McGlone and his review of the MVIS CryptoCompare Digital Assets 100 Small-Cap Index.

IT’s impossible to write about how many cryptocurrencies there are without taking into account tokens associated with decentralized finance protocols. DeFi is transforming old financial products into transparent and trustless protocols with no middleman.

Peer-to-peer lending platforms, where anyone can borrow and lend money from anyone else, decentralized prediction markets, where anyone can create their own bets instead of the house determining what you can bet on, and decentralized stablecoins are just a few examples of popular DeFi solutions. Often, these platform issue tokens to track users’ funds.

There are also wrapped tokens like WBTC, a token created on the Ethereum blockchain that has its valued pegged to that of Bitcoin. Either through smart contracts or by being backed one-to-one with the underlying asset, these tokens are able to offer liquidity and help expand the market of the cryptocurrency they are “wrapped” to.

Does the Crypto Space Need to Have so Many Cryptocurrencies?

Probably not, seen as most of the market is concentrated on the top cryptocurrencies. But although it may not be necessary, it doesn’t mean it is bad to have so much variety. The multiplicity of cryptocurrencies we see today is the result of a wave of innovation in financial technology.

In its process of expansion and maturation, the crypto industry will separate the cream from the crop and only the cryptocurrencies who add real value will remain.

It is challenging to visualize how the industry will look in 10 years, even Satoshi Nakamoto himself said this in regard to Bitcoin:

“I'm sure that in 20 years there will either be very large transaction volume or no volume”.

However, it seems the upcoming years will completely reshape the financial world and how we look at money.

How traditional finance will adopt cryptocurrencies and decentralized ledger technologies will play a crucial role in the evolution of financial technology. We have already witnessed the birth of Neobanks, banks that are 100% digital and only reach customers through computer applications, and several decentralized financial applications are already available.

But how will traditional banking accommodate such technologies? Although their feasibility is still being studied, Central Bank Digital Currencies (CBDC) are a seemingly emerging trend which can greatly help with financial inclusion and make banking highly more efficient in a multitude of ways.

With all its benefits and downsides, it is possible that in the upcoming decades money will lose its physical form as we evolve to a cashless society.