In November 2020, a bug within the node software caused an Ethereum outage that affected major cryptocurrency exchanges and wallet providers, forcing them to halt their operations. This occurred because they were all depending on the same node software provider. This happened again in February 2021 and in the last months due to a cloud provider outage, on which everyone was relying.

The problem isn’t exclusive to Ethereum: central entities that serve as node providers are also present on other blockchains. On top of being a single point of failure, they may also exploit user metadata for their own financial gain. Selling that data or using it to influence network decisions can help them maximize their profits.

The Omnia Protocol is a decentralized infrastructure protocol that helps preventing single points of failure. In most blockchain networks non-mining node owners are not incentivized to upgrade their infrastructure and optimize it, which can lead to numerous problems.

Omnia fixes this by rewarding node owners for the resources they share, thus facilitating better access toblockchain networks. Through a simple-to-use web interface, node owners can register with Omniato have their nodes indexed and then help decentralize users’ access to blockchain infrastructure. Node operators are rewarded in OMNIA tokens and have to stake tokens to join the network. 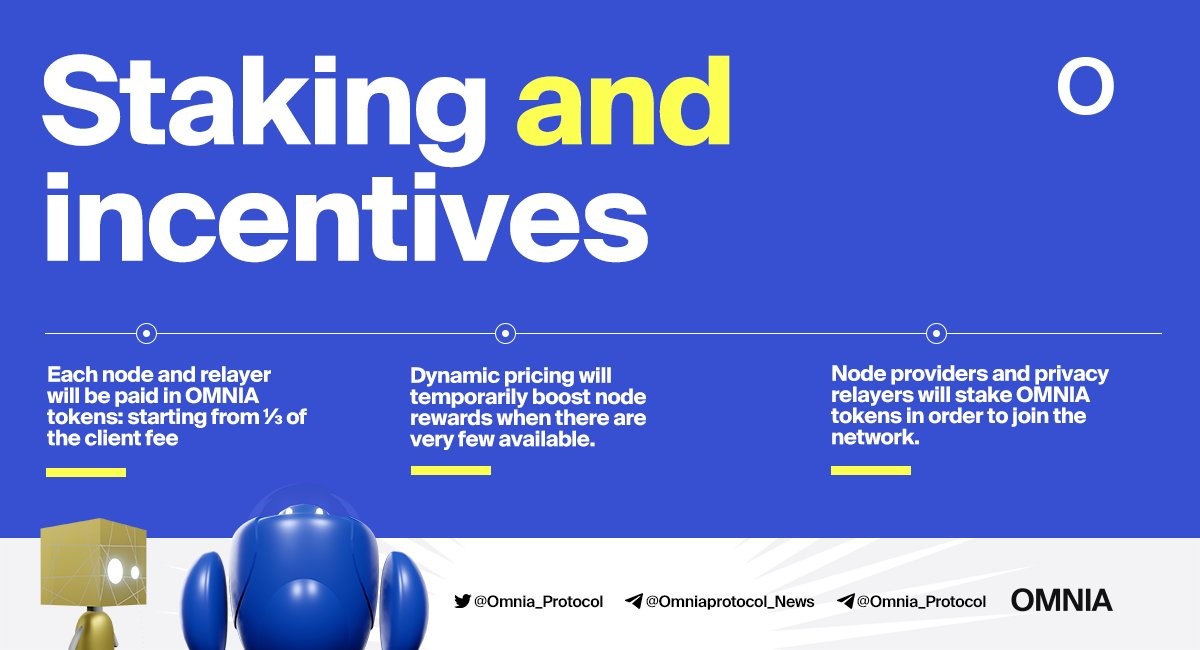 By rewarding the node operators, Omnia Protocol makes it more convenient for a larger number of organizations or people to run their own nodes and further decentralize every blockchain it’s present on.

Currently, an estimated 73 billion requests to blockchain nodes are made on a daily basis. These requests are made through centralized providers, meaning there’s a lot of room to decentralize. 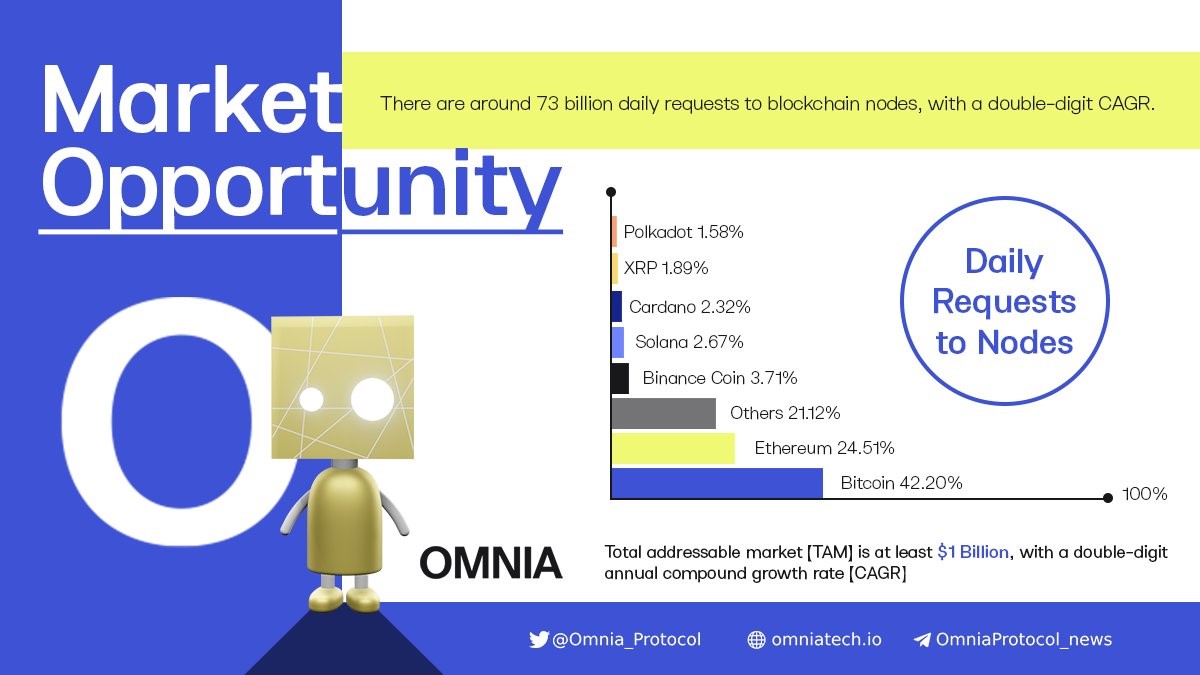 Omnia also protects users’ privacy by leveraging mixnets. Similar solutions have been leveraged by the Tor browser to provide a 3-hop circuit designed protect user privacy, but only for web traffic and not blockchain specific applications. However, at this moment Tor has ~25% of its network compromised, and does not properly obfuscate traffic patterns, which could be used to deanonymize users, as scientific research has proved.

Omnia augments mixnets through state-of-the-art methods to obfuscate traffic. It also injects decoy traffic to guarantee users’ privacy. Omnia’s end users can customize their subscriptions according to their needs.

To guarantee nodes are performing according to their initial commitments, OMNIA protocol sends random requests to nodes to check how they’re handling requests. If performance is degraded, their rewards are reduced proportionally.

While nodes have a minimum performance threshold they need to meet to be a part of the Omnia Protocol, these requests incentivize them to maintain their infrastructure optimized in a bid to maximize rewards.

$OMNIA is a utility token that will grant numerous benefits to holders including fee reductions up to 25% for services on the Omnia Protocol, depending on how many tokens users hold. On top of that, holders will be able to access various other services by spending OMNIA.

These are subscription-based services that can be limited by a time window and a quota in terms of requests per second. Token holders can earn more by becoming liquidity providers on decentralized exchange liquidity pools, and will have access to exclusive features, thus allowing them to, for example, generate more endpoints and have a higher request rate.

Omnia will collect  a third of the fees paidby users in each subscription. Subsequently, OMNIA will alsoburn the tokens associated with a third of the fees over time, boosting the scarcity of circulating tokens.
The revenue model is built in such a way to share the revenue with the node owners and privacy relayers that help secure and decentralize the access to blockchain.

The token is being launched on the Ethereum and Binance Smart Chain Networks and has a total supply of 100 million tokens. The token is set to be distributed in an initial decentralized offering (IDO) and a major centralized exchange, but the date of the event has not been announced yet.It is expected to happen in the following weeks.

You can learn more about the Omnia Protocol on its website.