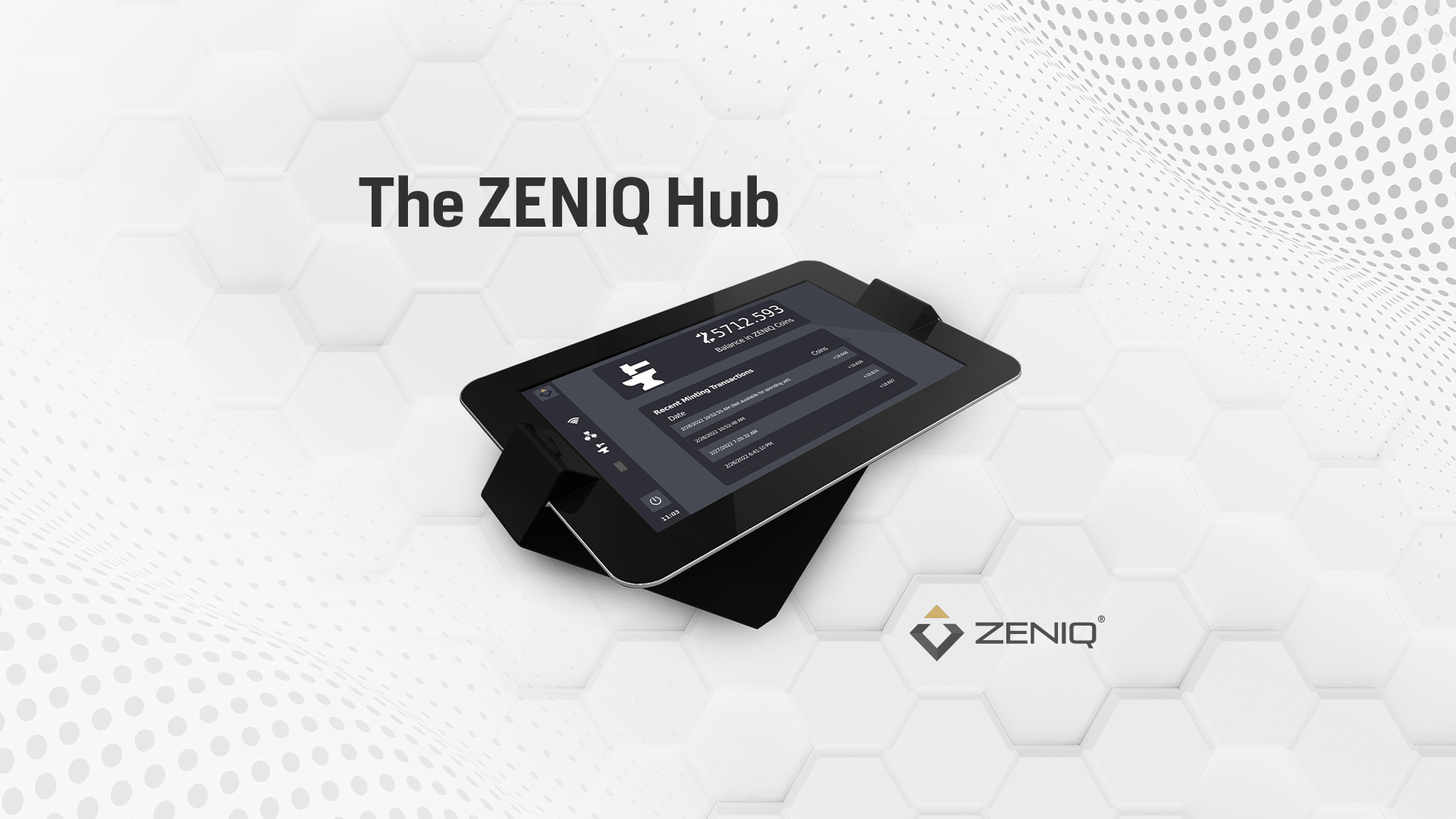 ZENIQ wants to change the world of decentralised assets with its ecosystem. The idea for the project first came about back in August 2018. The founding team, consisting of FinTech and crypto enthusiasts, then entered the market research phase, designed the project and searched for a suitable team for its upcoming implementation.

Now, less than four years later, the company around Austrian Erwin Dokter MA (CEO) has created an ecosystem consisting of the ZENIQ Hub (hardware product), the ZENIQ Blockchain (including its own coin) and the latest member of the family, the ZENIQ Smart Chain.

As the white paper shows, ZENIQ relies on leading technological security infrastructures and collaborates with professionals from the blockchain scene. The aim is to create a decentralised ecosystem that enables secure access to digital assets and blockchain solutions. The hub of the ecosystem is the ZENIQ Hub.

The hub is a hardware solution that provides access to a cold wallet, a hot wallet, the exchange and a minting unit. Investors can therefore not only store tokens and cryptocurrencies here, but also mine them themselves.

With the associated private key, investors can restore their assets at any time in the event that the ZENIQ Hub is lost or damaged. The hub thus provides a unique, resilient and secure hardware environment for trading and custody of digital assets.

The connection to the ecosystem: The ZENIQ Coin

Meanwhile, users have the option of processing their payments via the ZENIQ Coin. This is a specially developed cryptocurrency with which users can make transactions, among other things. In addition, the coin is transferable and can therefore also be traded on other exchanges.

However, users do not have to leave the ZENIQ ecosystem to trade the coin, as they will be able to trade it universally on the future ZENIQ Exchange. This is a decentralised exchange that provides a secure and user-friendly platform for customers. According to the roadmap, this is to be launched in 2023.

The ZENIQ Debit Card was launched recently and other key milestones are on the agenda. Major innovations are planned on the technical side. At its recent ZENCON Hackathon in Mexico, ZENIQ announced the release of its ZENIQ Smart Chain, which was used exclusively by more than 200 developers at the Hackathon. Over the next few quarters, the company is also planning its first tokenisation and NFT projects on its own Smart Chain and the launch of the beta version of the Exchange. Investors can look forward to the final version of the Exchange in 2023.

If you want more information, take a look at the official homepage now!