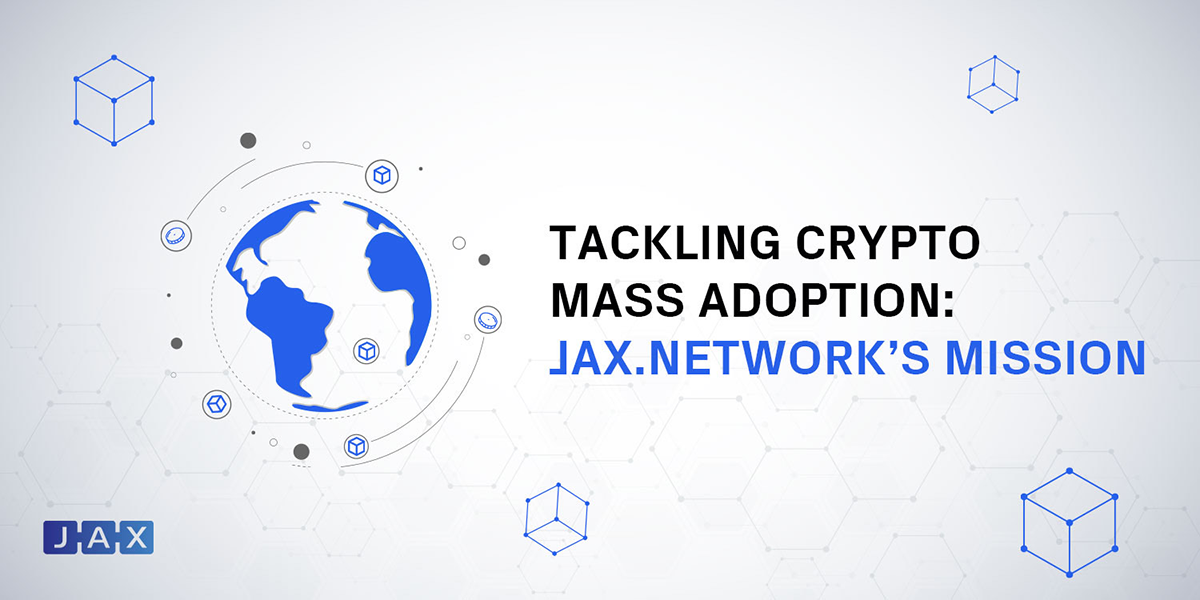 This is a sponsored post. Please remember that the value of investments, and any income from them, can fall as well as rise so you could get back less than you invest. If you are unsure of the suitability of your investment please seek advice.

Because of Bitcoin, Ethereum, and other prominent crypto’s meteoric runs in the past few months, the discussions of cryptocurrency and blockchain have once again entered mainstream consciousness. Interest in cryptocurrency has easily overshadowed the interest it once garnered back in the 2017/18 crypto boom.

But just because Bitcoin and Ethereum are again on the tip of everybody’s tongue, it does not mean that the problems inherent with blockchain technology have disappeared. Some of these issues include scalability, volatility, compliance, decentralization, practicality, and more.

Even though Bitcoin and Ethereum are called ‘cryptocurrencies’ people still treat them like assets instead of currencies. People are not spending cryptocurrencies on a large scale, nor are merchants accepting them on a similar scale. Generally speaking, you still cannot pay for a cup of coffee at your local cafe with your Bitcoin.

Jax.Network, a project based in Kyiv, Ukraine has endeavored to solve this issue. Their goal is to bring cryptocurrency to mainstream day-to-day use by first replacing the stablecoin market, with their decentralized, scalable, Proof of Work based coin ‘Jax Coin’ and then aiming for the greater global payments market after.

A gargantuan goal to say the least, however, it was not born out of a whim. Much thought, time, and research have gone into the project since its inception in 2018. As the project was beginning, members of the newly formed Jax.Network team had one goal: to research and develop a decentralized, scalable, and stable coin that will not sacrifice on security. And from Q3 of 2018 until Q2 of 2020, that is exactly what the team had done and achieved.

An elegant and robust solution to the blockchain scalability trilemma has been created. Their solution has been extensively outlined in their whitepaper, the latest version of which was released in October of 2020.

Unlike Bitcoin or Ethereum, miners will not be given a fixed reward for solving blocks, rather, they will be compensated based on the computing power they contribute to secure the network (inside the shard chains).

The purpose of this reward function is to achieve balance on the network shards. Whether a miner mines on 1 shard or 100 shards, they will still receive a reward proportionate to the amount of computing power they bring to the network.

Additionally, this is how Jax Coins can claim its status as a relatively stable coin. Since miners are incentivized by profit, they, therefore, follow the law of supply and demand when minting new coins. In other words, miners will mint more coins when the price is high and less when the price is low to drive the price back up. This means that, over time, the price of Jax Coins will be very stable and therefore suitable for day-to-day transactions, similar to the US dollar or Japanese Yen.

The project has even decided to boldly ignore what many other crypto projects have done to achieve scalability, which is to create a Proof of Stake based blockchain. According to Jax.Network’s Chief Economist, Lucas Leger, “Proof of Stake, applied to our network, would increase the concentration of power and be a sacrifice on decentralization.” Leger strongly believes that the Jax.Network’s Proof of Work based blockchain can “achieve the necessary scalability to become a global payment platform without sacrificing the network’s security.”

In fact, everything is linked to the initial coin distribution. In the case of Jax.Network, the peculiar reward function on shards is at odds with proper economic incentives if it were run under a PoS consensus algorithm. Indeed, some economic work has shown that best incentives are preserved when the reward tends to zero and when validation is restricted to the “sufficiently large stakeholders” (Saleh, 2020).

Furthermore, PoW has to be seen as an investment with uncertain returns (Prat & Walter, 2018) due to price fluctuations. Overall, from an economic standpoint, either you would favor a system closer to shareholding with limited responsibilities (in PoS) or a system that relies on favoring entrepreneurship and investments (PoW). Jax.Network have decided to go with the latter, more aligned with economic incentives of the shards reward function.”

Jax.Network are also hosting and attending some offline blockchain events in the coming months. They will be co-organizing the BlockchainUA conference in Kyiv, Ukraine on the 26th of March 2021. The BlockchainUA event is claiming to be the biggest offline Blockchain conference in Eastern Europe. Jax.Network have said the purpose of these events is to “start gathering the community of early adopters, supporters, and blockchain enthusiasts who want to impact the market.”

For more information about the Jax.Network project such as their mission, vision, team, roadmap, solution, and more, visit their official website at jax.network