Beginning with Bitcoin (BTC), there are now over 2,000 digital assets and most of them have been developed on a blockchain or some other type of distributed ledger technology (DLT). Many books have been written to help readers gain a better understanding of how decentralized cryptocurrencies were created and their most commonly proposed use cases.

Because the development of blockchain-based digital currencies is conceptually different from how fiat currencies have been created and issued, it can be challenging for newcomers to make sense of important crypto-related topics such as mining, hashrates, and consensus protocols including proof-of-work (PoW) and proof-of-stake (PoS). 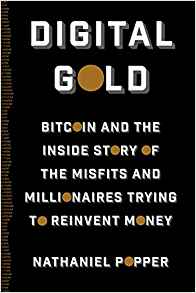 Popper, a technology reporter for the New York Times, is well-known in the crypto space for being the author of “Digital Gold: Bitcoin and the Inside Story of the Misfits and Millionaires Trying to Reinvent Money.”

Popper’s book reveals the conversations Bitcoin’s pseudonymous inventor, Satoshi Nakamoto had with other key people such as Hal Finney - who also played an important role in the cryptocurrency’s early development.

Digital Gold provides readers a comprehensive overview of how Bitcoin was created and the notable conversations that led to the growth in adoption of blockchain technology. Popper’s book also explains in detail the events that transpired when the now-defunct crypto exchange Mt. Gox was hacked. The book also covers how the underground Silk Road was established and operated before being taken down by authorities due to the large number of illicit activities carried out through Silk Road’s internet-based black markets. 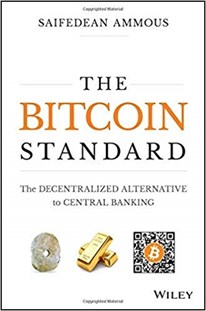 One of the most frequently cited books by crypto enthusiasts, “The Bitcoin Standard: The Decentralized Alternative to Central Banking”, helps readers gain an in-depth understanding of  the history and evolution of money.

Written by Dr. Saifedean Ammous, a Bitcoin maximalist and an economics professor at the Lebanese American University the book takes the reader on a sweeping arc through financial history. Arguing that nations’ adoption of ‘sound money’ has been the primary motor of economic progress and success, this passionately argued book will help readers gain an appreciation of bitcoin in historical context.

Ammous discusses the potential role of Bitcoin in facilitating global economic growth, trade, culture, and achieving international peace and argues that Bitcoin is capable of becoming a globally recognized store-of-value (SoV) - instead of just a currency or medium-of-exchange (MoE).

Cryptoassets: The Innovative Investor’s Guide to Bitcoin and Beyond - Chris Burniske and Jack Tatar 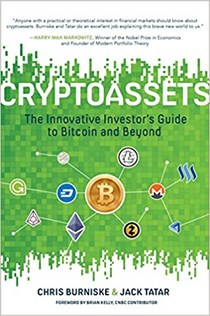 Those looking to invest in digital assets may first want to read “Cryptoassets: The Innovative Investor’s Guide to Bitcoin and Beyond.”

Authored by Chris Burniske, partner at venture capital firm Placeholder, and Jack Tatar, the managing partner at Doyle Capital Management, the Cryptoassets book offers readers a long-term perspective on investing. In addition to providing important information regarding the fundamentals of trading and investing in cryptoassets, Burniske and Tatar’s book discusses the impact of regulations, speculation, and volatility on digital assets. 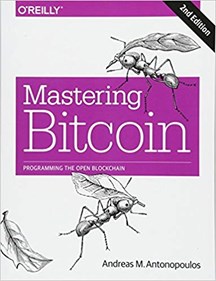 “Mastering Bitcoin: Unlocking Digital Cryptocurrencies” by renowned Bitcoin advocate Andreas Antonopoulos is considered by many in the crypto community to be one of the best books ever written on how the Bitcoin protocol was designed to work. Having studied distributed systems in the early 1990s and experiencing the rise of the internet during the dotcom era, Antonopoulos offers key insights and in-depth explanations of advanced Bitcoin concepts in his book, Mastering Bitcoin.

The Internet of Money - Andreas Antonopoulos 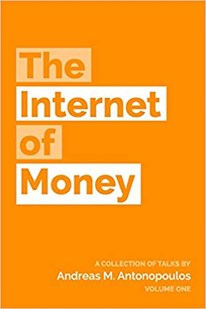 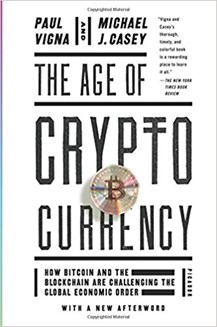 “The Age of Cryptocurrency: How Bitcoin and the Blockchain are Challenging the Global Economic Order” is among the most highly recommended books for people who are just beginning to learn about digital assets. Written by Michael Casey, a former Wall Street Journal columnist and current board advisor at Coindesk, and Paul Vigna, a reporter at the Wall Street Journal, The Age of Cryptocurrency helps readers analyze Bitcoin’s past and present state of development and offers a very clear explanation of how Bitcoin works. The books also provide a comprehensive analysis of the different use cases for blockchain and crypto-related technology.