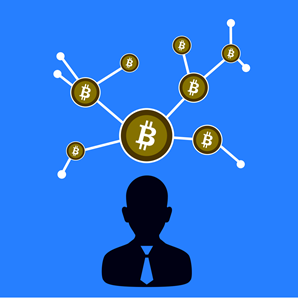 Bitcoin and crypto currencies in general have lots of advantages in relation to traditional payment methods, but mainly they’re quick.

Bitcoin generally takes ten minutes to confirm or zero if the merchant accepts the risk of double spending – Governments cannot seize your Bitcoins, there is no chance of chargeback fraud for merchants & the combination of your private key and public key means your personal details are not held insecurely online in general.

Probably the main advantage, which has traditional payment mechanisms running scared, is the ability to transfer Bitcoins, Litecoins or Dogecoins for almost free. If you pay by cheque or by debit or credit card, there are often fees, which over time can add up significantly. Bitcoin has incredibly low transaction fees – in fact sometimes they are even free.

Another major plus is the fact that you control it. In your wallet your Bitcoin is untouchable by Governments or banks. For example the Cyprus raid on banks could not take place if you held your cash as Bitcoin.

The other reason your Bitcoin is safer is that Bitcoin or Litecoin is transferred using your public address and your private address key. When you sign a transfer the public key and the private key are combined in an irreversible manner to verify the Bitcoins leaving your wallet. The transaction is then confirmed by the network and the only way your information becomes insecure I if you give out your private Bitcoin key. This makes a huge difference to traditional debit or credit card numbers where using your long card, expiry date, and CSV number can easily be hacked when stored with the merchant.

Timing is also important, a cheque can take ages, a money transfer across borders too can take a long time too, but Bitcoin can generally be confirmed within ten minutes. The reason it needs to be confirmed is that it is possible to perform a double spend attack – i.e. send your Bitcoins to two people at the same time. Eventually the decentralised network will recognise only one transaction, so one person you paid will miss out on their Bitcoins.

The good news is that this is quite difficult to perform and has only been managed in experimental circumstances – no double spend has ever occurred in reality on the Bitcoin network. Most merchants are willing to accept their Bitcoin or crypto currencies immediately and in good faith.

For merchants there is the ability to accept Bitcoin payments, so business can come from any corner of the world at the touch of a button. The merchants can then choose whether to convert immediately at the best exchange rate on the market to their local currency using services such as Bitpay, or Coinbase.

So in all Bitcoin opens up the world of commerce, whilst at the same time dramatically reducing the costs traditionally associated with performing such a transfer. It also holds personal data more securely. All this is because of the design – its decentralised democratic nature.