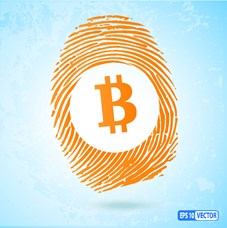 The main way of identifying a block in the blockchain is via its block header hash.

A block header hash is not sent through the network but instead is calculated by each node as part of the verification process of each block.

The block header data is shown in the table below:

The timestamp is the number of seconds since the first of January 1970 and the difficulty target of the block is the number of zeroes that must be found when hashing the block header in order to meet the required level of proof of work to maintain the block time at 10 minutes.

The nonce is the value that is altered by the miners to try different permutations to achieve the difficulty level required – the nonce has been appended by the extra nonce function which sits in the coinbase transaction – or the first transaction of the Merkle root signifying who to pay the block reward to – an extra counter to add permutations to as the nonce number can be used well within a second by modern mining equipment.