A DAO stands for a a Decentralised Autonomous Organisation. To most of you that is going to make no sense and sound like a load of gibberish. The Decentralised part means that there is no single point of failure, the Autonomous means it runs itself and the Organisation means well - its an organisation. The truth is it is basically what we have today in terms of a Company except certain functions are filled by code that does a job and that there is direct engagement from the stakeholder with all the internal transactions visible to anyone. 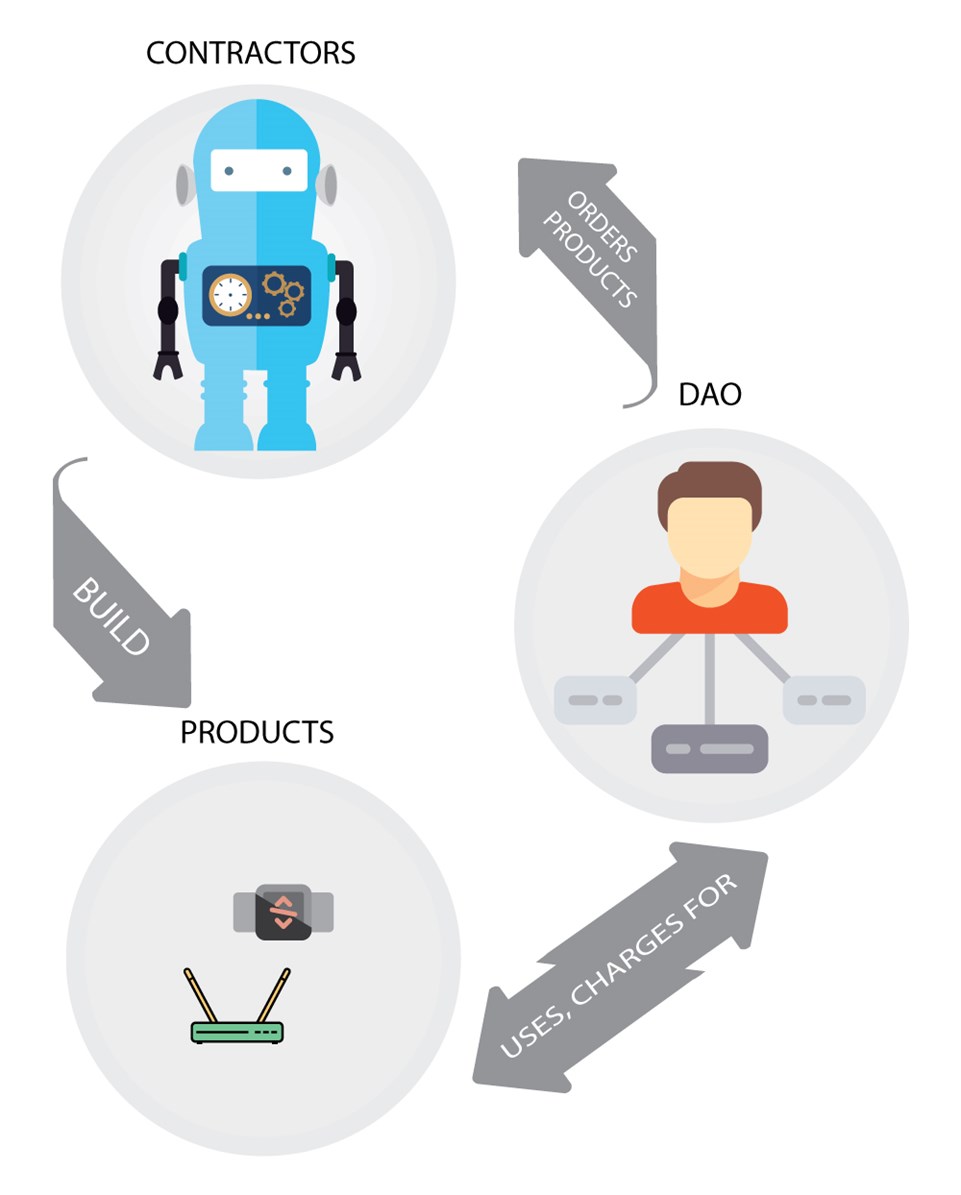 How Does a DAO Work

Let's look at an example DAO that is very similar to some already in existence. This DAO we're going to call the Platinum DAO.

What does the Platinum DAO do - the DAO profits from trading crypto tokens to the rights to access platinum stored in a vault in London. Each time someone wants to buy the rights to the platinum a commission is earned by the DAO. The person can use the token to pick up the platinum form the vault or exchange it anywhere and anyhow.

What are the DAO's costs - the DAO will have to confirm that the platinum in its vault is real and is of the correct amount. This will require a third party audit. There will be other costs including storage costs.

What are the problems with the DAO - the problems come in with how you decide on who gets what rights as a holder in the DAO and in general terms this it what happens with any Company, decentralised or not, in terms of its Articles of Association (how it is meant to be run) and its Shareholders Agreements (how shareholders have to behave towards each other). This is probably the most complex part of DAO formations as it has huge potential for fraud and mismanagement.

DAO's and Their Legal Workings

DAO's have code that governs them - code is the law which leads us to a codocracy of sorts (yes you heard it here first). From our platinum example above the code might say pay someone Y the amount X that over 51% of our token holders agree with. This payment could be for the auditor coming to check the purity and amount of platinum held in the London Vault. There are a few problems with this type of arrangement that allow the system to be gamed:

1. The number of tokens used to vote might not reach over 51% of the total - so you will need to have a quorum able to vote on this matter where you basically say unless there are more than 60% of the token holders voting then this matter cannot be decided. In this case only 30% are needed to vote to give person Y a fee of X for auditing the platinum reserves.

2. If someone owns 51%, and on a quorum basis a smaller equity percentage, of the tokens they can vote to give a party friendly to themselves the amount of X for doing the audit. They could even overpay and wipeout the profits for the minority of voters.

To give a real life example of this lets take a standard case of a family business with third employee where the family owns 90% of the business and has seats on the board - the third party owns 10% and is what is known as a minority shareholder. The 90% shareholders can expense whatever they want against the Company through bad corporate governance - there have been cases of ex-partners receiving salaried positions amongst other bad practices. What this does is lower the profits the Company has declared and means that the £10 dividend the minority shareholder has received has been reduced to £5 because he has now power with respect to halting the expenditure of the majority for their own benefit.

In the same way in DAO's a whole host of other calamitous pieces of code can be included that lend unfair disadvantages or inadvertently allow larger shareholders to take profit at the expense of smaller shareholders. For example a hidden golden share that allows one person to override a particular vote. Some national governments have golden share's in specific strategic industries - eg Israeli Chemicals and the Israeli Government.

You can also have some game theory possibilities too whereby parties can collaborate to reach a certain percentage of voting rights. For example if 51% of voters collaborated, or acted in concert, they could exlcude other parties. It would be better to try and act in concert with another party than not to. In stock markets there is a familiar ruling to halt parties banding together to hide their attempts to take over a Company where they have to declare shareholdings over a certain %. Although in principle illegal it cannot be stopped in practice.

There are some solutions to these DAO problems - such as having punitive measures in place - in a similar manner to bad leaver provisions - whereby if users vote that actor X has proposed or been trying to engage in nefarious practice at the DAO then he forfits his shares. Another solution is creating a model set of modular code that acts for a DAO's governance structure that would be approved by a third party code auditor. 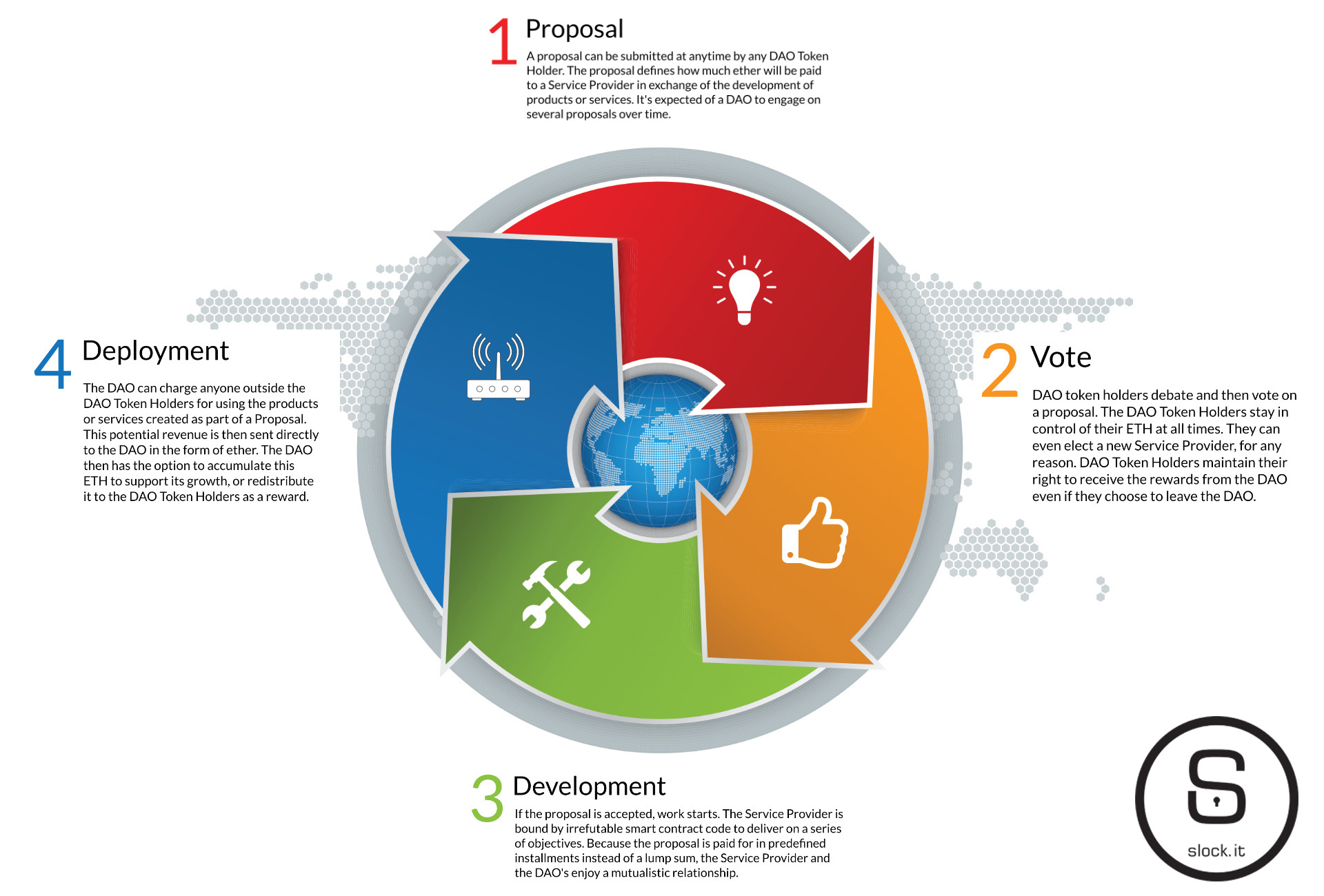 If you are acting as an investment advisor one of your key considerations for your clients is the suitability of the investment. The more money someone has the more risk they can take on as well as the younger they are and the more knowledge they have about investing. The reverse is true with the suitability of an investment being judged by the Widows and Orphans criterion - a Government bond would be more suitable for someone later on in life than a DAO (although some would say that they are not safe at all!).

With DAO's at present being so nascent - and in a similar situation to crowd funding- there is a question about the suitability of these investments for some people. With DAO's having huge risks in terms of governance and at the same time huge volatility and price gains that attract wide eyed speculators there is a case to be made for regulators stepping in to stop the unsophisticated investor from getting burnt. There is worry that some DAO's are looking to capitalize on this and sell highly inflated prospects to unsophisticated investors.