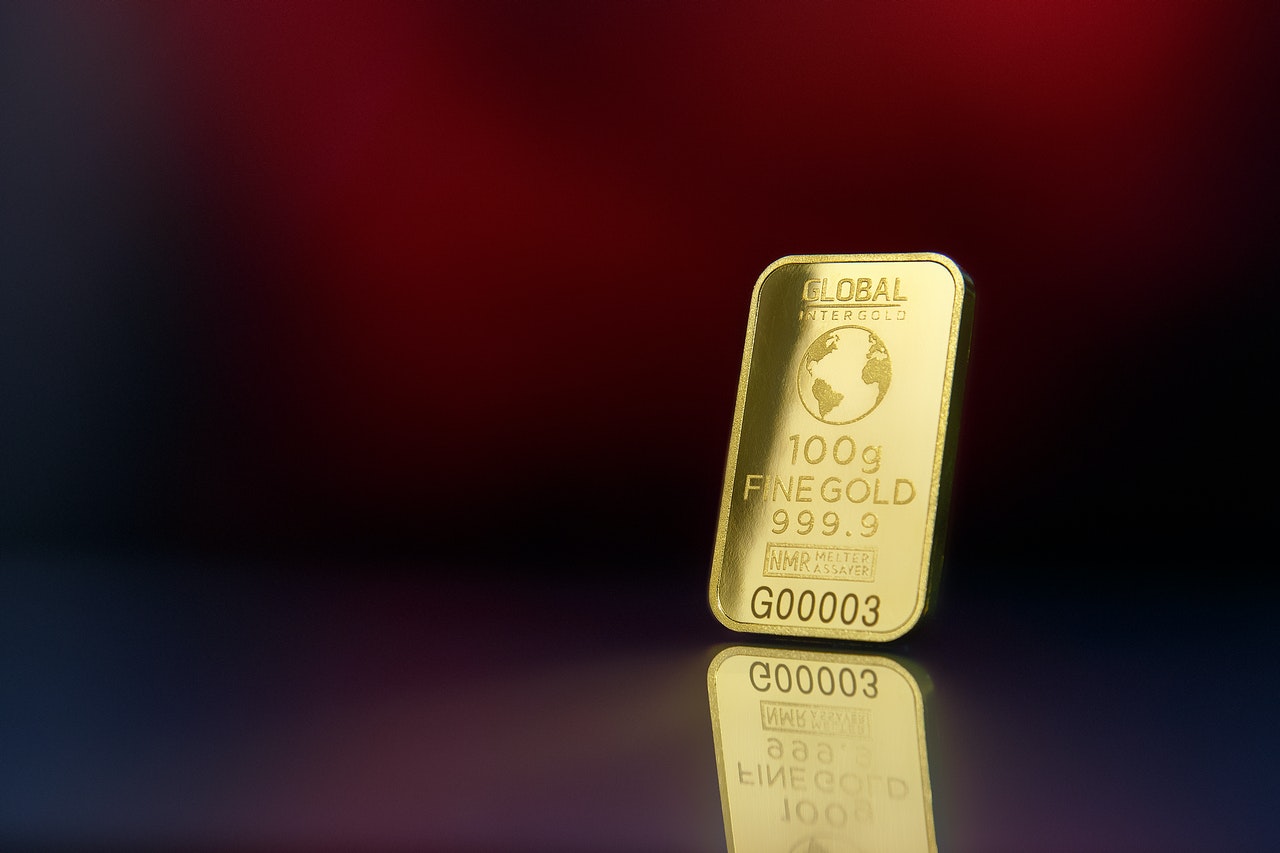 Gold has historically always held value. The precious metal isn’t just used as a component of decorative jewellery: it has often been used as a currency and as an investment. Gold-backed cryptocurrencies essentially bring gold to the blockchain.

Gold is valuable, among other things, because of its metallic qualities, scarcity, and its use to store value. While fiat currencies may lose their value over time because of inflation, gold’s supply is fixed and it’s hard to increase because it has to be extracted out of the ground. It does not corrode and is easy to mould as it can be melted over a flame.

Bringing gold onto the blockchain makes it easier to transact with gold and could even allow it to become an efficient medium of exchange. Nevertheless, gold-backed cryptocurrencies have historically struggled to gain widespread adoption.

Some people argue that gold has no intrinsic value and that its value is ultimately a social construction. There are rarer precious metals out there, but gold has held a special symbolic place in most societies throughout history.

Some gold-backed cryptocurrencies, like Paxos Gold (PAXG), allow investors to redeem their tokens for their equivalent in gold. These tokens are equivalent to a specific amount of grams or troy ounces of gold. In PAXG’s case, each token is backed by one fine troy ounce of the precious metal.

Most gold-backed cryptocurrencies are based on the Ethereum blockchain, existing as ERC-20 tokens on top of it. These tokens can, as such, be used on decentralized exchanges and decentralized finance (DeFi) protocols that support them, increasing their usability.

Any price differences are likely to disappear as soon as arbitrage bots take advantage of them. This is especially true if the gold-backed cryptocurrency is easily redeemable for the precious metal.

The idea of digitizing gold and using it to transact online is older than Bitcoin itself. One of the most successful attempts at doing so came before blockchain technology was invented by Bitcoin creator Satoshi Nakamoto.

The first digital currency backed by gold and silver was launched in 1996 in the form of E-Gold, which was launched by Doug Jackson. The currency wasn’t cryptographic and had no underlying blockchain technology.

It launched by Jackson, a longtime student of economic history, who believes gold is superior to fiat currencies, much like Bitcoin supporters believe BTC is a superior form of money. Similarly, E-Gold was envisioned to circulate independent of government control and would be subject to the market’s supply and demand.

The digital currency was inspired on economist Vera Smith’s influential 1936 treasure “The Rational of Central Banking and the Free Bank Alternative.” It questioned central banks’ roles in the economy. The project initially drew the interest of libertarians and businesses using it for cross-border transactions, but it soon exploded.

In the early 200s, E-Gold had over 20 employees and processed over one million transactions for nearly 300,000 customers. The gold reserves backing the currency were stored in safety deposit boxes in banks and safes, before ultimately moving to bank vaults.

At its peak, it held over $85 million worth of gold and had over 3.5 million customers in 165 countries. Despite its success, it suffered numerous setbacks: its servers were unable to handle the growing traffic load, and transactions started failing. E-Gold charged 1% in transaction fees, so eventually competitors appeared to poach its customers. It ultimately was shut down by the U.S. government for failing to have proper licenses and being a hotbed for criminal activity.

Since then, numerous improvements were made, and gold-backed cryptocurrencies were created.

Difference Between E-Gold and Gold-Backed Cryptocurrencies

As you may have noticed, E-Gold was an entirely centralized operation: it had employees, it had centralized servers handling the traffic, and it had officers. It failed because it wasn’t properly regulated and was abused by cybercriminals stealing from its users.

In its early days, Bitcoin was used by cybercriminals as well, but interest in the cryptocurrency grew to the point that criminal activity in the network is miniscule when compared to the total activity on it. The same goes for Ethereum, on which most gold-backed cryptocurrencies are built on top of.

Gold-backed cryptos are, as such, above this type of abuse on behalf of cybercriminals, and are built on top of an immutable blockchain with virtually no downtime because it’s backed by a network of nodes and miners.

While these cryptocurrencies need a centralized entity behind them to ensure there’s gold in vaults backing each token in circulation, most companies are already regulated before operating such currencies.

Transaction fees for these currencies are those of the network they are built on, not a fixed 1%. As they are cryptocurrencies, they are traded 24/7 and often have zero storage fees. The only fees users pay are associated with redemption.

As mentioned above, gold-backed cryptocurrencies need a centralized entity behind them to ensure there’s gold in vaults backing each token in circulation – as do gold exchange-traded funds (ETFs).

Both gold ETFs and gold-backed cryptos are ways to earn exposure to the precious metal. Owning it through an ETF can, however, involve an expense ratio that low as it may be, will take its toll over time.

Some popular gold-backed cryptocurrencies do not have any type of expense associated with them, and benefit from the use of blockchain technology. In some cases, these cryptocurrencies can even be used to earn interest – which gold ETFs can’t do – and allow it to be used as a medium of exchange.

Gold tokenized on the blockchain – in the form of gold-backed cryptocurrencies – can be easily carried, is easily divisible, and can be used to pay for goods and services through terminals that convert the funds.

On top of that, gold-backed crypto can be stored on a wallet to which the investor has the private key and transacted at any time. While redemption of physical gold from an ETF is often not available to the average investor, it is on some of these cryptocurrencies.

Often, both cryptocurrencies and ETFs require investors to have a minimum set amount of gold to be able to redeem their holdings for the physical metal. Similarly, both can be traded on exchanges as if they were stocks, allowing investors to avoid the costs and inconvenience of markups, storage costs, and security risks associated with holding physical gold.

It’s worth noting there are various gold-specific exchange-traded products, including inverse and leveraged ETFs.

While there are hundreds of these cryptocurrencies out there, they stand out because of the companies behind them, their liquidity and availability, and more.

Each Paxos Gold (PAXG) token is backed by one fine troy ounce (t oz) of a 400 oz London Good Delivery gold bar, stored in a secure vault. As the company note, owning one PAXG token is equivalent to owning a piece of gold custodied by the Paxos Corporation.

Paxos is a trust company and custodian regulated by the New York Department of Financial services, with the cryptocurrency being “approved and regulated by the DFS and fully-backed by allocated gold held in the most secure, leading vaults in the world.

Each token is redeemable for LBMA-accredited Good Delivery gold bullion bars. Smaller amounts are only redeemable through a “network of physical gold retailers.”

Paxos makes money through the token by charging a 0.02% fee on transactions of PAXG on the Ethereum network, and by charging fees for buying and redeeming tokens directly through the company.

Just like Paxos Gold, Tether Gold (XAUT) is an ERC-20 token on the Ethereum network. The digital asset is offered by TG Commodities Limited, and one full token represents one troy fine ounce of gold on a London Good Delivery bar.

XAUT token holders can redeem their tokens by requesting the physical gold after completing TG Commodities Limited’s verification process while holding a minimum number of tokens for the delivery. To redeem their tokens, users must “hold one full bar of gold worth of tokens.”

The gold can also be delivered to a location of the holders’ choice in Switzerland. Alternatively, they can ask for the gold to be sold by TG Commodities Limited and receive the cash proceeds from the sale, minus the firm’s fees.

If the tokens aren’t allocated to a full bar of gold, users are asked to request a redemption when they have at least 430 tokens, as the gold bars “vary in size and can be as big as 430 troy fine ounces.”

Users are charged 25 basis points when purchasing XAUT directly from TG Commodities Limited, and 25 basis points on the value of the gold at the time of redemption, plus delivery costs if applicable.

Tether Gold is available on Bitfinex, FTX, RenrenBit, BTSE, and the Celsius Network.

Canada-based provider of data and news on gold and other precious metals has announced it will launch Kitco Gold (KGLD), fully backed by physical gold held in the firm’s DirectReserve vaults.

The cryptocurrency’s regulatory compliance, including now-your-customer and anti-money laundering procedures, will be provided by Hong Kong’s First Digital Trust. Smart contract technology to mint and burn tokens on Ethereum will be provided ty Stably.

It’s worth noting there are dozens of other gold-backed stablecoins, although these aren’t listed on well-known exchanges or backed by high-profile organizations in the space.