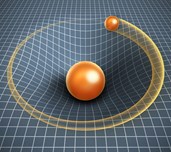 With Bitcoin the difficulty is adjusted every 2016 blocks, and with a block time of nearly ten minutes this can take nearly two weeks to readjust. Other crypto currencies have developed methods to peg their difficulties or adjust them dynamically to retain stability when, for example, multipools come into play.

Multipools, such as GHash.io’s, can hugely increase the amount of network hashing power for one particular crypto currency and dramatically decrease the block time when set to solve the particular proof of work.

Solutions to this come in the form of non standard difficulty readjustment algorithms.

The Kimoto Gravity Well was invented to halt the negative effects of multipools on various crypto currencies by adjusting the difficulty every block. However this just led to jumping on and jumping off by the multi pools.

Digishield was another invention originally used by the crypto currency digibyte – with the goal of trying to stabilise crypto currencies after large multipool hashing increases.

As for Bitcoin, the ability for multipools to play a difference in the difficulty readjustment is rather limited due to the size of its network hashing power – which if we say is at 60 Peta hash – would require an investment of nearly $3million dollars to increase by just 10%. Bitcoin is very much safe from difficulty readjustments being taken advantage of by multipool miners.