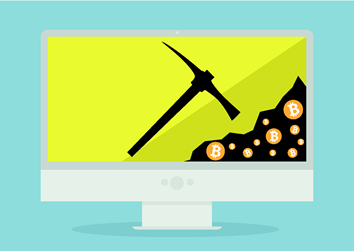 A premine is where a developer allocates a certain amount of currency credit to a particular address before releasing the source code to the open community. This is often done based on the reasoning that they need to pay for certain features such as listing on exchanges and development of core features such as block explorers.

Some of the more unscrupulous exchanges have been encouraging crypto currency developers to allocate a share of the premine in return for a listing, rather than merits of the technology. This process is often associated with pump and dump schemes.

An instamine is slightly different in that the first few blocks have super normal block rewards, so only those miners in at the start are able to gain large holdings of the total % of that crypto currency. Bitcoin itself can be considered to be instamined in that Satoshi Nakomoto holds a high proportion of the total number of bitcoins. Although this was more to do with the gradual adoption and build up of a nascent community it has distorted the wealth curve of bitcoin heavily in favour of early adopters.

In some cases of premine such as AuroraCoin the goal was to distribute the currency for free to encourage its adoption. With Auroracoin this was done in Iceland trying to capitalise on the dissatisfaction following the collapse of its banking system in 2008. 50% of the total AUR currency units were premined with the goal of distributing it to the citizens of Iceland based on their national identity number. This strategy has been adopted for crypto currencies in Poland, Spain, UK and others by developers attempting to push their creation through liberal distribution.

A premine also happens if there is an Initial Coin Offering (ICO) and the coins that are bought in the presale are then mined as part of the genesis block.