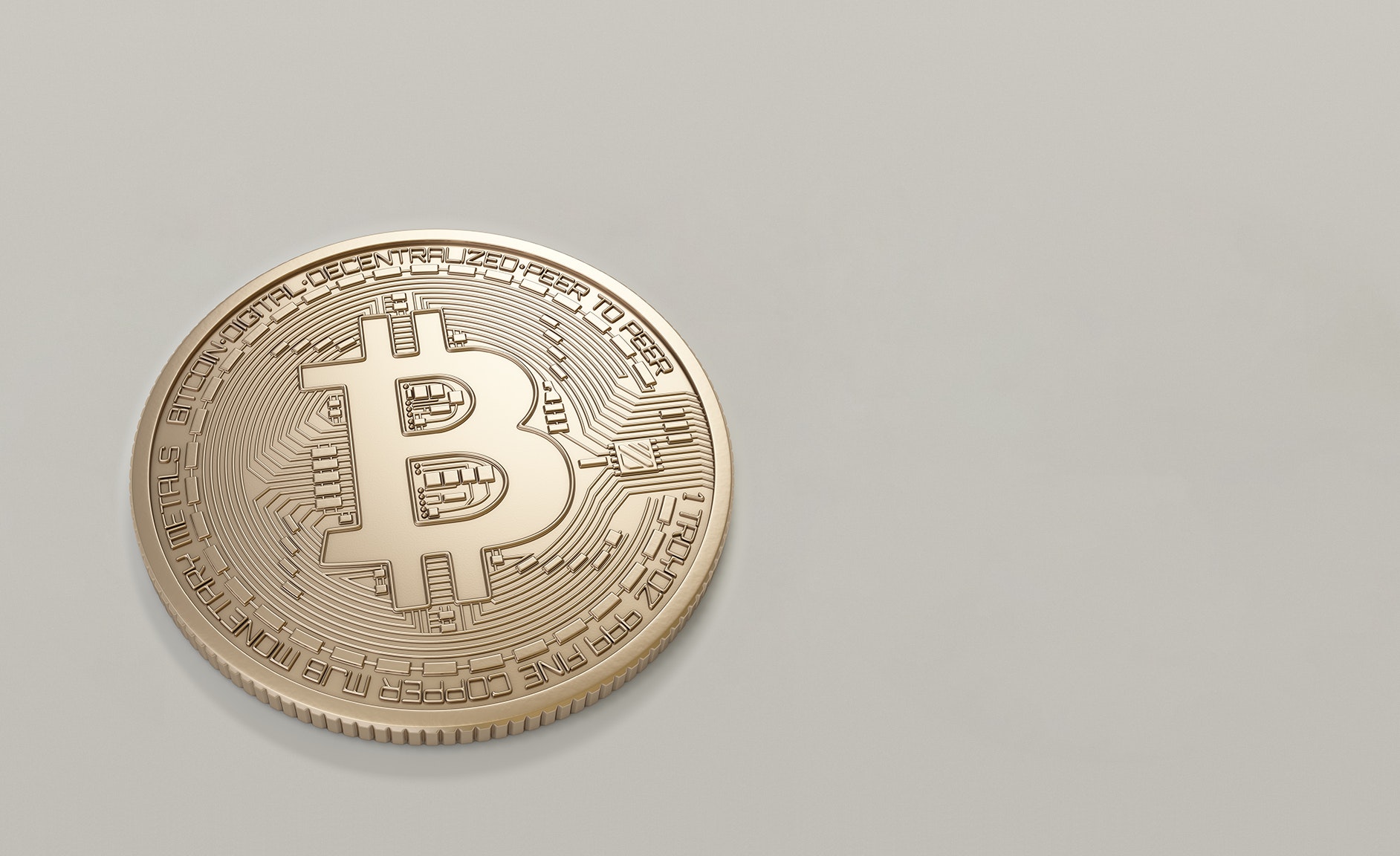 Bitcoin (BTC) is a digital form of money. It is a is a peer-to-peer (P2P) cryptocurrency which was initially proposed in the Bitcoin whitepaper as a decentralized “electronic cash system.”

It is different from the traditional fiat money system in three key ways: transactions are pseudonymous, you can create your own wallet bank account in minutes and the network is decentralized - run through consensus of its participants.

Bitcoin was created by an unknown author writing under the name Satoshi Nakomoto in 2009, with the aim of producing a currency that wasn’t controlled by any government.

Developed and launched on a data structure called a blockchain, which was invented by Dr. Stuart Haber and his colleagues in the early 1990s, Bitcoin is increasingly being used as a means to exchange value.

In fact, there was over $1.4 trillion in Bitcoin transacted in 2018 and the average size of a BTC transaction was of about $15,000. While analysts have argued that the majority of these transactions involved speculative trading, it is still a significant milestone for a decentralized monetary system that started just as an experiment.

Although Bitcoin has now been adopted by thousands of merchants throughout the world, there are still many misconceptions about what Bitcoin actually is, how it was created, and why it might be useful.

In this introductory article, we cover the basic concepts related to Bitcoin including how it is mined, how it is stored, and how it can be bought or sold.

Bitcoin is arguably a complete financial system not only because it aims to be a currency, but because it is a protocol which includes the specification for implementing a digital and immutable, public distributed ledger. Since Bitcoin’s ledger is publicly shared, everyone can view all the BTC transactions that have been logged since the currency was launched.

Users can view information related to Bitcoin transactions through block explorers. Bitcoin’s block explorer displays information about the amount of value (in BTC and USD or any other fiat currency) that was exchanged during a transaction, the addresses of the sender and the recipient, and the date and time when the transaction was confirmed.

Who Processes A Bitcoin Transaction?

Those coming from a traditional financial background often struggle, at first, to understand how Bitcoin transactions are processed without requiring an intermediary. For example, a bank serves as a trusted third-party that helps settle monetary transactions between two entities. These entities can be individuals or organizations.

A bank clerk may be considered a trusted intermediary because they help facilitate an exchange of value between two parties that do not necessarily trust each other. When exchanging value in  Bitcoin, an intermediary is not needed to settle the transaction because BTC is transferred over a blockchain network which has been designed to function without requiring a middleman.

Bitcoin is run by its users and miners to create new money through a process called ‘mining.’

In order to process a BTC payment, miners on Bitcoin’s blockchain have to validate blocks of transactions. Each block contains a set of transactions which have to be verified before they can be eligible for processing. Each miner solves computationally difficult math puzzles in order to have a chance at processing the next batch of transactions - which are bundled, or batched, in a block.

After a miner is able to produce a provably unique number called a hash value (by using their computing resources), based on Bitcoin’s SHA-256 hash function, they are tasked with generating the next block of transactions on the Bitcoin network. The process of generating blocks on the Bitcoin blockchain is managed by a system called proof-of-work (PoW).

While we can't go into the full explanation of the function of Proof-of-Work here, nor how Satoshi ingeniously applied PoW, it is enough to say that it exists to make it very hard to fake transactions and take control of Bitcoin's ledger.

The PoW algorithm is used to determine whether a set of transactions is valid (i.e. not fraudulent). When a miner expends costly energy to produce a unique hash value, they have provided “proof” that they have done real “work.” Moreover, the miner has invested in acquiring computing equipment and expending electricity, which has made them eligible to process BTC transactions. Proof of Work (and crucially the fact that mining gets more difficult according to how much mining "power" exists) in this way stops nefarious actors ganging up to take control of the network.

Miners are compensated for validating blocks as they are rewarded with transaction processing fees (in Bitcoin). They also receive newly created Bitcoins as part of the compensation for the work that they do. However, miners will only be rewarded in newly minted BTC until the maximum number of Bitcoins have been digitally printed. The total supply of Bitcoins has been capped at 21 million.

Bitcoin Is A Deflationary Asset

At present, approximately 17.6 million Bitcoins have been mined. This means that only about 3.4 million BTC are left to be created. Unlike inflationary fiat currencies, which are not capped by a maximum supply, the Bitcoin protocol will only produce a maximum of 21 million BTC.

Satoshi Nakamoto, the pseudonymous creator of Bitcoin, likely imposed a limit on the number of Bitcoins that can exist so that the cryptocurrency’s value has the potential to appreciate with the passage of time. The value of fiat currencies, on the other hand, has steadily depreciated over time.

For example, data from the US Bureau of Labor Statistics shows that the value or purchasing power of $1 in 1860 is equivalent to the value of $30.45 in 2019. This means that we would need about $30.45 today to purchase the same amount and type of goods and services we could have acquired in 1860 for only $1.

This indicates that the USD and other fiat currencies may not be an effective store-of-value (SoV) in the long-term. In comparison, the price of Bitcoin has increased considerably from being worth nothing in 2008 to currently around $5,000 according to CryptoCompare data, however it has also experienced extreme price fluctuations.

Because it’s a relatively new type of asset, analysts have argued that it’s too early for Bitcoin to have an established market value. While this may be true, it is currently challenging for merchants to accept Bitcoin. That’s because its price continues to remain highly volatile.

On December 17th, 2017, Bitcoin’s price skyrocketed to nearly $20,000 - before falling sharply throughout the following year to as low as around $3,200 in December 2018. While its price has started to recover, it may be difficult for companies to take BTC payments because the cryptocurrency’s value can drop by as much as 10 to 20% in a few hours.

Because of this extreme price volatility, many of the merchants that do accept Bitcoin usually convert it immediately, or as soon as possible, to a more stable fiat currency after receiving the payment. Bitpay for instance, is a widely used Bitcoin payment processing service.

Critics argue that we are not experiencing real, or true, Bitcoin adoption because the cryptocurrency is not really accepted as payment, as it is generally converted to a fiat currency that is not as volatile.

Bitcoin Is Stored In A Wallet

Other factors currently preventing Bitcoin adoption include the fairly technical process of storing the cryptocurrency. In order to store BTC, users are required to create a crypto wallet which has a unique public address, public key, private key, a SEED phrase, and a private password. After a user manages to create these by opening an online wallet, they are also responsible for ensuring that their private information and funds remain safe.

If a user either forgets their private password, SEED phrase, or loses access to their private keys, then their funds may be lost forever. Also, if a hacker manages to obtain access to a user’s private keys or SEED phrase (a set of random words generated when a new crypto address is created), then they can potentially steal the Bitcoins stored in that wallet.

Unlike a traditional bank which acts as custodian for their customers’ funds, a non-custodial online crypto wallet must be managed by the users themselves. This requires that users take responsibility of ensuring that their Bitcoins remain safe and secure, without relying on a third-party to prevent others from stealing them.

How To Buy And Sell Bitcoins

To acquire Bitcoins, users can visit an online cryptocurrency exchange such as Coinbase or Binance. These centralized trading platforms allow users to purchase Bitcoin by exchanging it for fiat money. LocalBitcoins, a P2P crypto exchange, can also be used to buy Bitcoins directly from other users that are registered on the trading platform.

In addition to purchasing Bitcoins, a crypto exchange allows users to sell their Bitcoins and receive cash (fiat currency) in return. Some companies also pay salaries in Bitcoin and freelancers may also sometimes be offered Bitcoin in exchange for the services they provide.

Governments and regulators don’t necessarily like Bitcoin – especially in emerging markets – where the onus is on stopping money from leaving the country and keeping it for internal investment. In many Western governments there are also fears due to its relative anonymity not complying with money laundering or know-your-customer procedures and potentially acting a means for illegal activities such as terrorism or the drug trade. That said, many governments also see Bitcoin and other cryptocurrencies as an innovative technology that could provide a means for furthering trade, increasing competition in the banking industry, and more. As the Bitcoin and cryptocurrency ecosystem grows and evolves rapidly, it can be a challenge for governments and regulators to keep pace.