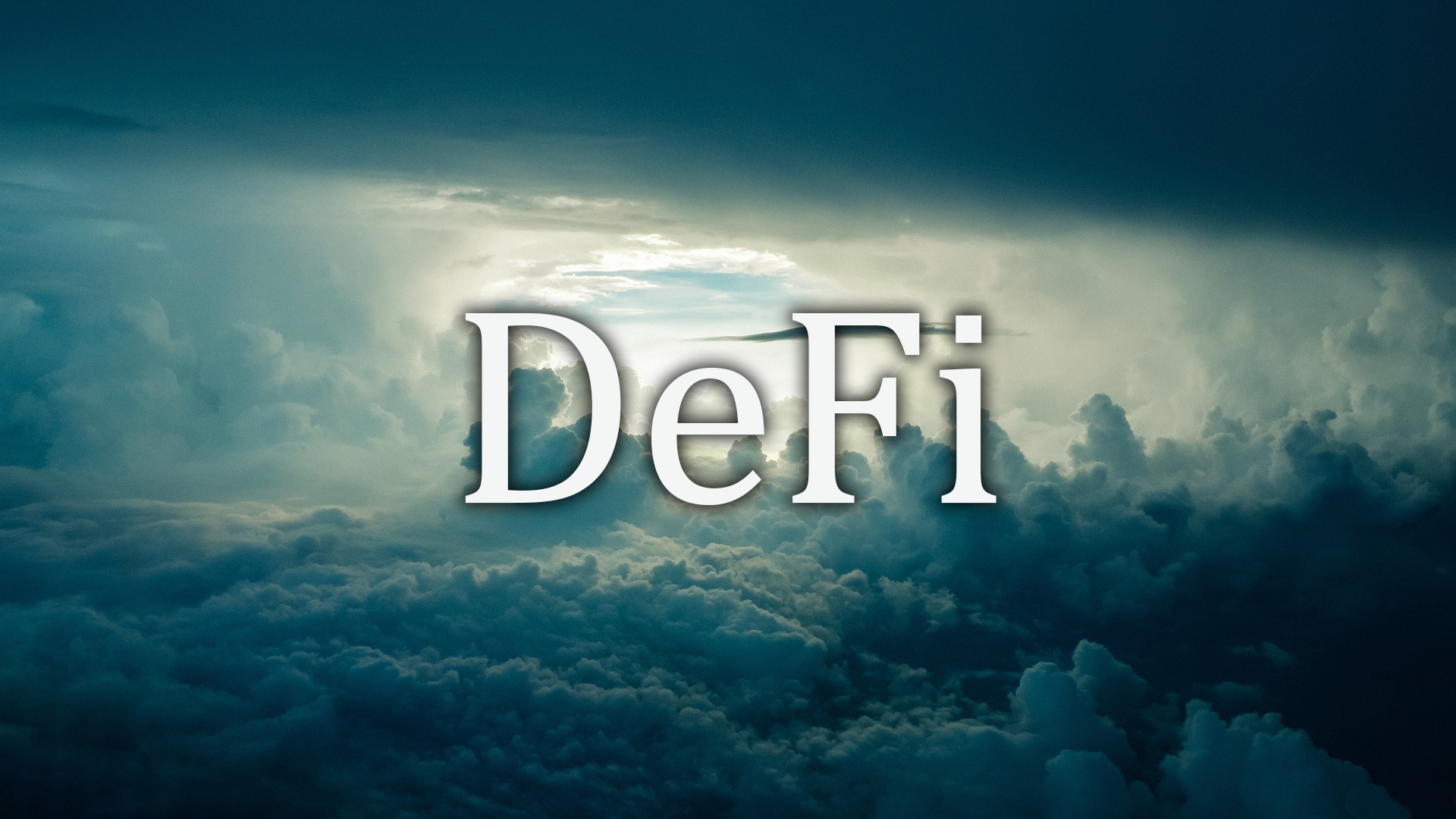 Beginning with Bitcoin (BTC), there are now more than 2,000 different cryptocurrencies that have been traded on digital asset exchanges throughout the world. While the majority of cryptocurrency transactions involve speculative trading, a growing number of consumers, merchants, and investors have started using bitcoin, bitcoin cash (BCH), litecoin (LTC), and various other cryptos for conducting day-to-day transactions.

As cryptocurrencies move beyond the speculative phase, a relatively large number of decentralized applications (dApps) are being developed on platforms such as Ethereum (ETH),  Tron (TRX) and EOS - in order to support a nascent digital economy.

According to DeFiPulse, a website that tracks major decentralized finance (DeFi) projects, there is, at the time of writing, around $580 million in value locked into various peer-to-peer (P2P) derivatives and lending platforms. Most of these P2P DeFi protocols have been developed on Ethereum, the largest smart contract platform for deploying dApps.

Maker, a Santa Cruz, California-based developer of an Ethereum-powered, decentralized autonomous organization, called MakerDAO, has created what’s considered by many to be one of the best use cases for Ethereum. MakerDAO’s ecosystem aims to “minimize” the price volatility of its stablecoin, Dai, against the International Monetary Fund’s (IMF) international reserve asset, known as Special Drawing Rights (SDR).

Dai is different from most stablecoins as it is backed by Ether - instead of fiat currency and cash equivalents like Tether’s (USDT) and Circle’s (USDC). As a project that began in 2015 (without conducting an initial coin offering), the nascent MakerDAO ecosystem’s development is supported by MKR coins.

As explained by Kerman Kohli, the Founder of the stablecoin-based 8x protocol, Maker continues to experience as much as 20% “month-to-month growth” in terms of the amount of loans issued in Dai. This, as around 70% of borrowers immediately spend their Dai after acquiring it. Notably, DAI holds approximately 2% of all ETH in circulation inside its smart contracts.

Other major DeFi projects include Compound, an Ethereum-based protocol that aims to create financial markets with algorithmically determined interest rates, and the Dharma protocol, a leading Ethereum-powered platform that lets users lend and borrow cryptoassets without requiring a credit card or bank account.

In December 2018, the developers of the decentralized lending network, Compound, added Dai to the protocol. Users may earn interest by supplying cryptoassets to the Compound protocol and it’s also possible to borrow assets by transferring them directly to a personal crypto wallet.

At present, users may lend Augur (REP), Basic Attention Token (BAT), Ether, Circle’s (USDC), among other crypto tokens to the Compound protocol - in order to earn profits through interest payments.

In a manner that is somewhat similar to how the Compound protocol establishes lending and borrowing markets, the Dharma protocol allows users to issue fixed-interest, fixed-duration loans - with each loan period lasting 90 days. The Dharma protocol is reportedly compatible with nearly all crypto wallets that support ETH and ERC-20 tokens.

As noted by Max Bronstein, the Business Development Manager at Dharma Labs, the Dharma protocol allows users to lend or borrow Ether and Dai. Additional cryptoassets will be supported by the protocol after obtaining feedback from its community members, Bronstein said.

Traders may serve as market makers on Uniswap-based exchanges in order to make profits from the trading activity in liquidity pools. The trading process on Uniswap is comparable to how traditional “order books” work on centralized cryptoasset exchanges. According to Bronstein, Uniswap’s liquidity pools represent the liquidity that is “available between two assets.”

For instance, the ETH/DAI pair may have its own pool while ETH/MKR may have another liquidity pool associated with their trading markets. As explained, liquidity providers may potentially earn huge profits when the pool they supplied assets to experiences a surge in trading volume. However, the price ratio between the two assets in a liquidity pool must stay “fairly constant” in order to earn significant returns, Bronstein explained.

In April 2019, Bancor, a Zug, Switzerland-based company that has created a protocol for developing “smart tokens,” revealed that nearly $13 million had been staked on its decentralized crypto network - which supports at least 138 different blockchain-based tokens. As part of the evolving DeFi ecosystem, the Bancor protocol supports token transfers with the Ethereum, EOS, and POA20 Network (an Ethereum sidechain).

Augur, a decentralized prediction markets network, is also one of the major platforms which form part of the evolving DeFi markets. While most decentralized finance protocols focus on enabling P2P lending markets, Augur’s platform aims to create derivatives markets which may be accessed without requiring intermediaries to settle transactions.

Meanwhile, Bitcoin’s Lightning Network (LN), a layer-two solution for enabling faster and more cost-effective BTC payments, is the largest payments-focused DeFi protocol. According to 1ML data, there are presently 8,934 nodes that are supporting the LN protocol, which represents a 3.58% increase since the past 30 days.

Lightning Network adoption remains relatively low, however it appears to be growing at a steady rate. In early March 2019, Twitter CEO Jack Dorsey received a $300 Bitcoin LN-enabled full-node from Casa.

As an easy-to-use, plug-and-play device, the Casa Node is built with Raspberry Pi 3B+ and it comes equipped with cables needed to set up the LN-powered BTC full-node. By operating an LN node, Dorsey (and others who may own one) can add liquidity to Bitcoin’s second-layer payment network.

While the LN could potentially serve as a scalability solution as the main Bitcoin blockchain is currently unable to quickly process high volume transactions, it is still in its early stages of development. Transactions on the LN may not always be successful, and companies including Casa have told users to exercise caution when using the second-layer crypto payment network.