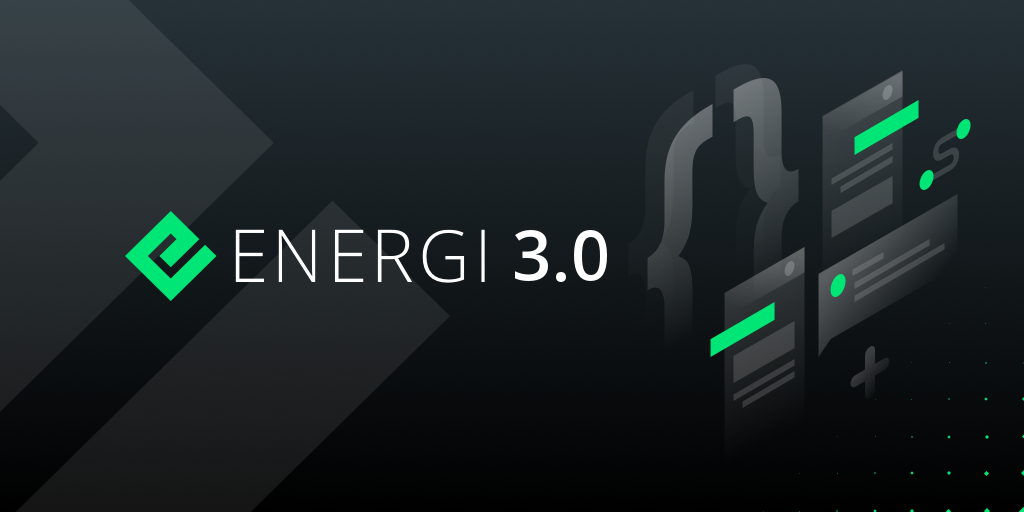 Energi (NRG) is set to soon set itself apart from the rest of the cryptocurrency space through a blockchain migration to become Energi 3.0. Before we get into that, let’s first look at what Energi is and how its strong fundamentals differentiate it.

The cryptocurrency was launched in April 2018 after 9 months of development with various features that help it stand out from other top cryptocurrencies. It’s built on four main pillars supported by its innovative features.

These features include a self-funded treasury that sees Energi allocate 40% of its monthly minted coins to fund its treasury, which in turn funds projects through a decentralized governance mechanism.

The use of a treasury for decentralized governance wasn’t invented by Energi. Dash, for instance, allocates 10% of its coin inflation rate to a treasury that allows holders to make proposals and vote on others’ proposals.

Once a specific proposal gets to a certain amount of votes, the funds assigned to it are automatically released for the project. However, with  Energi, 40% of the block rewards are distributed to the treasury. This provides ample funds for marketing efforts, to pay developers, and to deal with other operational costs.

The treasury’s history and budgeting are transparent, so every network participant can easily understand what the funds are being used for. One of their main use cases is protecting users against hackers.

It’s well-known that in the cryptocurrency space security is sacrosanct, and to help new users feel more comfortable Energi Defense and its Bureau of Investigations (EBI) were created. It’s a self-funded initiative that helps protect users from sophisticated scams and other cyberattacks. The department even has helped over half of victims to retrieve their stolen funds. Of course, prevention is the best medicine, so the department also consistently puts out valuable educational content to help create more a more technically adept community.

The cryptocurrency network, thanks to its Treasury, includes a self-sustained charity called Energi Impact. Through it, the NRG community is able to bring positive changes to the world, while raising humanity’s consciousness.

So far, Energi Impact has supported an orphanage in Bali and a waterfall clean-up project. Cryptocurrency enthusiasts are well-known for being philanthropists, so much so Fidelity’s charity unit, Fidelity Charitable, revealed it received $100 million in crypto donations since 2015.

When it comes to scalability, Energi manages to maintain its transactions fast and confirmation times low through a protocol that adjusts itself according to the blockchain’s needs. While Bitcoin’s mempool merely gets clogged when demand rises, that of NRG adapts to deal with the demand.

Energi also stands out when compared to top cryptocurrencies like Bitcoin and Ethereum because of its proof-of-stake feature and its masternodes. Large Energi holders are incentivized to stake their coins  and secure the network through a masternode, to be rewarded with newly created coins.

This means NRG coins are different when compared to BTC and ETH, which are known for their incredible energy consumption. While the proof-of-work (PoW) system these coins use has proven effective – in Bitcoin’s decade-long history it registered virtually no downtime – its mass adoption  seems problematic  due to the environmental impact.

We’re finally arriving at what Energi 3.0 actually is – it’s a major coin migration that’s set to happen to the cryptocurrency. This evolution will foster its mainstream adoption via the adoption of a smart contract compatible protocol similar to ETH but with the various superious features previously discussed.

This means that with Energi 3.0 Ethereum-based decentralized applications are going to be compatible with Energi and that the NRG coin can be used within them. NRG won’t, however, be turned into an ERC-20 token, but will instead be an ether equivalent.

This means Energi users will get all of the advantages of ether and the Ethereum network, while also benefiting from the decentralized governance and defense model Energi has. The coin migration is set to occur in the last quarter of the year, but there are no set deadlines.

Users who hold NRG on their Energi Core Wallet will be able to migrate their coins without worrying about falling behind or having incompatible funds on their hands. Energi’s NRG coins can currently be bought on various exchanges, including KuCoin and DigiFinex.

To find out more about how to get ready for Energi 3.0, we advise you to read these questions and answers on the migration.