If you've been in crypto for a while, you've heard of the block size and the everlasting debate that surrounds it. This debate has plagued the community for years and it has pretty much torn it apart into two groups: Those in favor of a blocksize increase and those against it. But maybe you haven't been around long enough to know what the block size and the block size limit mean and why it's so heavily debated in the crypto sphere.

The block size issue is much more than just a curiosity or technicality and it could indeed define the future of Bitcoin as a mainstream currency. So, what is the block size and why does it matter? Why are there groups that defend the block size limit while others push for an immediate increase?

What is the Block Size 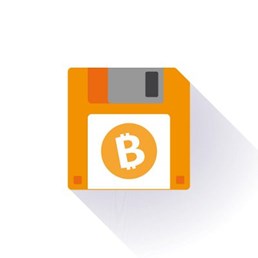 As you most likely know, Bitcoin is a blockchain-based cryptocurrency. All the transactions that take place within the network are recorded on this blockchain, a public ledger that can be seen by anyone but changed by no one. This ledger is made up of blocks that fit together cryptographically (hence the name, blockchain).

When a user makes a transaction, said transaction is included in the block that is being mined at the time, and will later be confirmed by the blocks that follow it. The more blocks there are on top of your transaction, the safer it is to assume it is immutable.

Transactions, at its most basic level, are made up of data which is usually composed of the information regarding the transaction itself. This data, like any other, takes up space on the block it is included.

Currently, each block on the Bitcoin blockchain is able to contain 1mb of data, meaning that the block size of bitcoin is 1 megabyte. This means that there is a limit to how many transactions can fit in Bitcoin's blocks, according to the data contained in said transactions. But it wasn't always like this.

In the beginning, among other characteristics that were since then changed, Bitcoin had no block size limit. However, this change was introduced in order to prevent DOS (Denial Of Service) attacks that could be achieved by creating a large number of massive blocks constituting filler (e.g. dust transactions). This would prevent regular users from using Bitcoin as the only wallet at the time was Bitcoin QT, now known as Bitcoin Core, which requires users to download the entire blockchain, meaning that if someone created those large blocks, a slow computer running the wallet would never catch up, so some people could never spend their bitcoin.

Nowadays, many claim that this limit is not necessary and that it severely damages Bitcoin as a whole, given that it does not allow the currency to scale upwards to allow for mass adoption. Currently, Bitcoin has the capacity to handle between 4-7 transactions per seconds, which pales in comparison to systems like VISA and Paypal.

Many claim that an increase in block size can result in the centralization of Bitcoin Mining, given that the hardware requisites would go up with a block size limit increase.

Others suggest that an increase is the only solution that will allow Bitcoin to compete with other mainstream payment processors.

Ultimately, the decision is left to miners and full nodes. The ones that create the coins and process the transactions. However, this is a very large, decentralized, and disperse of individuals that are often anonymous. In order for a fork to take place in the network, a large majority of full nodes and miners must agree with said change.

This acceptance or denial of changes in the Bitcoin protocol can be signaled with a command or by downloading and running a specific wallet, for example, Bitcoin Core (Small Blocks) or Bitcoin Unlimited (Bigger Blocks).

There are many valid reasons to want a bigger block size. The current block size limits the Bitcoin use to 4-7 transactions per second. This can force regular users to compete for transactions by increasing the fees, pricing some users out of the network, once Bitcoin is popular enough.

A greater block size would allow miners to receive more transaction fees without the need for users to pay higher fees.

While many claim that a block size increase would also put too much "weight" upon nodes and miners given the increase in storage requirements, the blockchain size would not increase exponentially overnight, and would simply allow the network to grow as the demand grow with it.

While a bigger block size is defended by many. There are also reasonable arguments for the concervative side that belives blocks should be limited to 1 MB.

Among these are the bandwidth requirements of full nodes, which would increase causing the full node count to be reduced.

The fact that some solutions that do not require bigger blocks or an hard fork to take place in order to increase scalability, like segwit and sidechains, many claim that a bigger block size will not be necessary.

There is also the concern that introducing this change to Bitcoin through an hard fork will create instability, which could give way to complications like a split in the network resulting in two blockchains.

So, do you support bigger blocks in order to improve scalability? Or are you on board with offchain solutions while keeping the limit? Let us know in the comment box below.