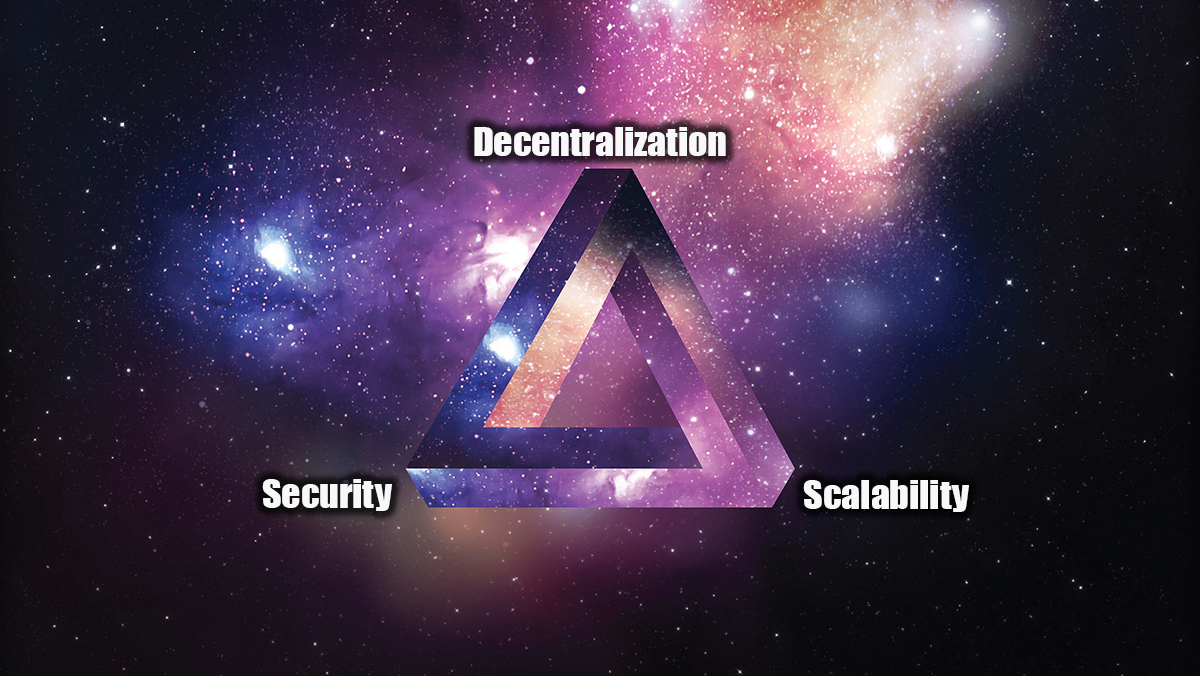 Decentralized cryptocurrency platforms such as the Bitcoin (BTC) and Ethereum (ETH) blockchain networks have allowed users throughout the world to exchange data and monetary value in a peer-to-peer (P2P) way. Most crypto transactions are settled without the need for middlemen or intermediaries - which can result in reduced costs and greater efficiency.

However, the blockchains of today face various challenges including technical design limitations such as their inability to scale effectively. The majority of existing blockchains may also be susceptible to various security vulnerabilities and certain distributed ledger technology (DLT)-based networks such as EOS and NEO have been criticized for being prone to centralization.

Commonly referred to as the “blockchain trilemma”, the three main challenges faced by public, permissionless, DLT-enabled networks include scalability problems, security-related issues, and ensuring an adequate level of decentralization.

While some developers, including the creators of IOTA, believe that the blockchain data structure itself has inherent limitations that prevent it from scaling, many software architects believe that it’s possible to build scalable blockchains.

However, most of the newer or second and third-generation blockchains have not been developed using Bitcoin proof-of-work (PoW)-based consensus algorithm. In addition to requiring users to engage in the environmentally harmful process of mining, critics of the PoW consensus protocol argue that it significantly reduces the throughput capacity of a blockchain network.

In fact, data from statoshi.info (a website that provides the latest statistics for the Bitcoin network) shows that the PoW-powered Bitcoin blockchain is only processing an average of 3.85 transactions per second (TPS).

Proof of Stake Chains Might Be Scalable, But Are they Secure?

Since most enterprise-grade applications and modern business networks require a far greater throughput, a large number of newer cryptocurrency platforms have moved away from the PoW-based consensus mechanism. Instead, major blockchain-enabled platforms such as EOS, Cardano (ADA), and Tron (TRX) use some type of proof-of-stake (PoS)-based consensus algorithm to validate transactions on their networks.

Although PoS-powered networks generally deliver much higher throughput than PoW chains, there can be certain security risks that might discourage users from adopting the proof of stake consensus model.

In August 2018, Twitter user Maple Leaf Capital, an EOS investor, alleged that certain EOS block producers including Huobi had been colluding by engaging in “mutual voting and payoffs.” In an excel spreadsheet shared via Twitter (at that time), Maple Leaf revealed that Huobi and many other BPs had consistently been engaging in mutual voting in order to “cement” their positions as EOS network transaction validators.

Moreover, Maple Leaf claimed that Huobi had been openly voting for a select few BP candidates in exchange for payoffs in EOS tokens. Indeed, these types of incidents raise serious concerns regarding the effectiveness of delegated proof-of-stake (DPoS)-based blockchains in creating a trustless and open network.

In addition to network integrity and security-related issues with PoS chains, several analysts have argued that large PoS-powered networks such as Tron and EOS are not truly decentralized.

According to many crypto industry participants, a cryptocurrency network may become increasingly centralized when there are only a few network participants that are responsible for validating transactions. For instance, there are only 21 and 27 block producers that validate transactions on the EOS and Tron (TRX) blockchains, respectively.

Although the creators of EOS and Tron claim their BPs are chosen based on a “democratic” voting process by their community members, critics argue that the control and the responsibility of managing a blockchain-based platform should be more evenly distributed among all network participants.

In June 2019, Weiss Crypto Ratings, an organization that assigns ratings to different cryptocurrencies based on their performance and technical design, downgraded EOS due to “serious centralization issues.” One of the reasons why EOS may be considered centralized (to some extent) by some users is due to its controversial voting system - which seems to favor users who have a large stake in the network (holding a large amount of EOS tokens).

Are Proof of Work Networks Decentralized?

While the developers of PoS-based blockchains have been criticized for creating centralized platforms, the PoW-powered Bitcoin (BTC) network might also be prone to centralization. In February 2019, the Canaccord Genuity Group, a Canada-based financial services company, confirmed that GHash.IO, a BTC mining pool, had been controlling as much as 50% of the Bitcoin network’s hashrate.

Researchers at Canaccord had argued that the world’s most dominant cryptocurrency could have been “vulnerable” to a potential 51% attack. In these types of attacks, a single entity manages to acquire the majority of a network’s hashpower and then uses it to engage in double-spending or launch other types of attacks on a blockchain network.

However, the research team at Canaccord claims that, as of February 2019, no single BTC mining pool controls greater than 20% of the cryptocurrency’s hashrate. Significantly, only five bitcoin mining pools still reportedly control between 10-20% of BTC’s hashrate.

Is It Necessary to Solve the Blockchain Trilemma?

Bitcoin (BTC) maximalists have argued that the security and decentralization of a blockchain network are more important than on-chain scalability. Samson Mow, Chief Strategy Officer (CSO) at Blockstream, has said that BTC transactions need not be fast because the leading cryptocurrency’s main use case is to serve as a store-of-value (SoV).

Since many BTC supporters, including former Google engineer Vijay Boyapti, believe that Bitcoin’s value proposition does not depend on its ability to mainly function as a mode of payment, they may not think it’s necessary to solve the “blockchain trilemma.”

Notably, prominent Bitcoin developer Jimmy Song has also stated on several occasions that the BTC blockchain should not be thought of as a technology that requires constant innovation - such as enhancing the network’s scalability. Instead, off-chain, layer-two scalability solutions such as the Lightning Network (LN) are being developed - in order to expedite micropayments made with bitcoin.