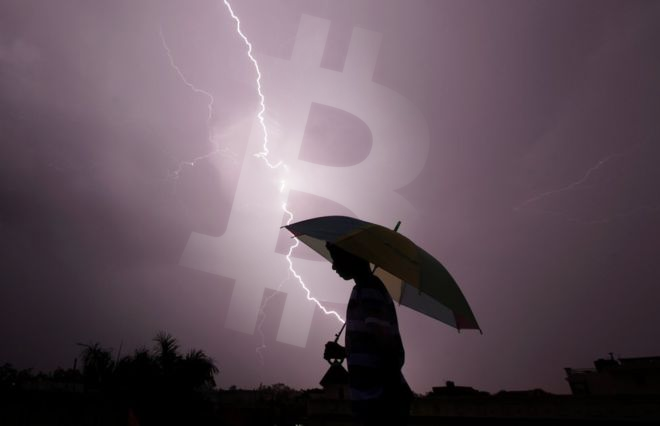 Although Bitcoin has brought us the freedom to transact and manage our own funds with no third party involvement, the technology is still far from perfect. In order for adoption to take place, Bitcoin must be able to accommodate millions/billions of users and their transaction, something that at the moment just isn't possible. Scaling and TPS (Transactions Per Second) limitations are still a big issue for Bitcoin which is why the development community is always looking to explore and integrate new technologies and solutions. The Lightning Network is one of these solutions that may help Bitcoin reach mass adoption in the long run.

Today, we're going to explore the Lightning Network, how it works and its current limitations. If you want to learn more about the future of Bitcoin, keep reading!

What is the Lightning Network

The Lightning Network is Bitcoin Core’s solution to the scaling problem. It allows a user to open an off chain payment channel with someone and send funds back and forth instantaneously and for a marginal fee. It accomplishes this using a relatively simple idea.

It’s worth noting that payments can go back and forth in both directions which is ideal for two people who pay each other often. In addition, Adam can use the Lightning Network to pay someone he hasn’t opened a channel with directly. Here’s how that works.

In this way the Lightning Network works as a large routing mechanism for passing along IOUs until the payment reaches the intended recipient. This happens in a matter of seconds making it a good alternative to credit card payments. Users can trust the network because they can close their channel at any time and receive the full balance of their funds. They don’t need permission from the person on the other end of the channel in order to terminate it.

The Problem With Sending Large Transactions on the Lighting Network

The primary limitation of the Lightning Network is that if a user wants to pay someone that they haven’t opened a payment channel with, that transaction must be broadcast through a third party. In order for it to be broadcast successfully, the intermediary party has to have a number of funds equal to or greater than the desired transaction amount. In practice this causes most large transactions to fail because few users have a significant amount of BTC stored on the Lighting Network.

Researchers have claimed that at present 99% of transactions over $200 fail to go through. These findings have been disputed but even if they exaggerate the failure rate, large transactions on the Lightning Network are currently impractical.

Current Adoption of the Lightning Network

Although the Lightning Network is best suited for micro-payments, there are positive trends in the rate of adoption. As of end-of-July 2018 there are 2,193 public nodes which are a 13.18% increase in the last 30 days. The network capacity is also at an all-time high of 118.64 BTC or close to a million dollars. This represents a healthy growth of 359% in the last thirty days (updated statistics available here).

How to Use the Lightning Network

There are several options for people who would like to use the Lightning Network. The Zap Wallet is designed for PC users and features an attractive UI and regular updates from the developer. Android users can download the Eclair Wallet which is highly reviewed and can be used on the Lightning Network or as a traditional Bitcoin wallet. iPhone users can download the LND Thin Wallet from the App Store.

With ongoing development from the Bitcoin Core community, we can expect to see more wallets and merchant adoption in the coming months and years. Whether the Lightning Network gains worldwide adoption and proves to be the final solution to the Bitcoin scaling problem remains to be seen. However, the advantage of instantaneous transactions and extremely low fees make it a viable contender in the cryptocurrency sphere.