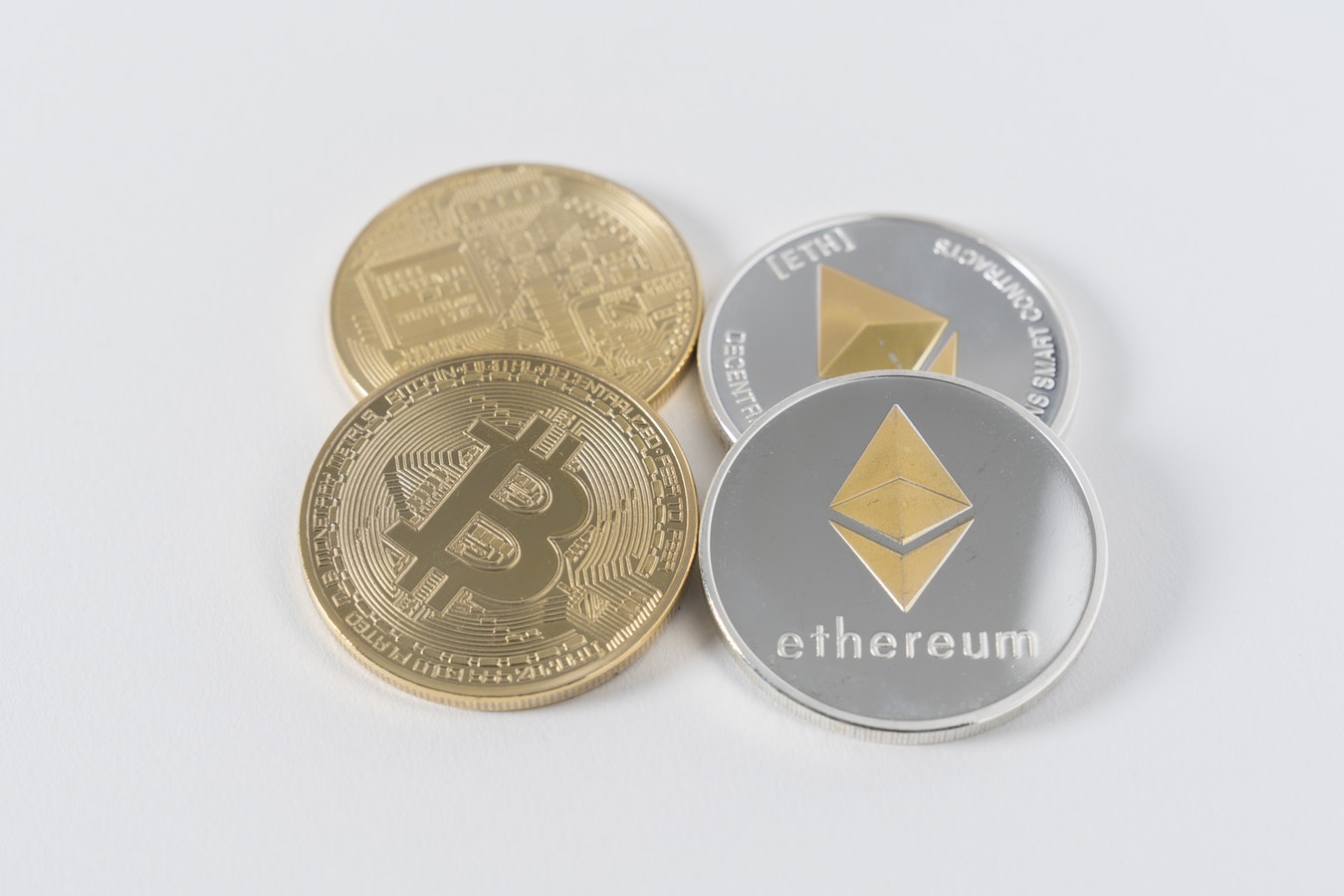 Bitcoin (BTC) is a peer-to-peer (P2P) digital asset system which has been implemented on an immutable and distributed ledger, which allows users to view transaction details including the amount of funds transferred and the addresses of the recipient and sender. In a way that’s somewhat similar, Ethereum (ETH) is also a public blockchain-based network that allows users to build and deploy decentralized applications on its platform.

Because there’s no central authority which is responsible for determining how the ongoing development of both Bitcoin and Ethereum should be carried out, individuals and organizations are allowed to submit Improvement Proposals in order to further enhance both decentralized protocols.

Joseph Lubin, the founder of ConsenSys, a Brooklyn, New York-based organization focused on the ongoing development of Ethereum, the world’s first blockchain-based platform for building smart contract-based dApps, has explained why the Bitcoin (BTC) protocol was developed.

Lubin, a crypto pioneer and also one of the co-founders of Ethereum, delivered a short explanation in the form of a comparison between Bitcoin’s and Ethereum’s use cases. He explained: “Ethereum is different from Bitcoin in that it was realized as a platform for decentralized applications (dApps) - whereas Bitcoin was proposed as a sort of an experiment in monetary theory.”

Ethereum Co-Founder: Bitcoin’s “Experiment In Monetary Theory” Has “Caught On”

Lubin has acknowledged that the Bitcoin protocol, which provided the specification for the very first blockchain-enabled, P2P “electronic cash system”, has “caught on” and has become “quite successful.” He added that the “Bitcoin network exists in support of the bitcoin token whereas the Ethereum token (Ether) exists in support of the Ethereum platform.”

According to Lubin, “Ethereum’s really all about developers building applications on a new kind of platform … [and] on a new kind of world wide web.” He pointed out that “many of us” have been referring to the new web, or internet, as “Web 3.0” or the “decentralized world wide web.” Lubin argued that “Ethereum is one of the foundational protocols that will be part of” Web 3.0 - as the smart contract-enabled platform “brings trusted transactions, automated agreements, [and] smart software objects.”

Per the former Goldman Sachs executive, Ethereum “already interoperates with other decentralized protocols” such as those currently being used for “storage, bandwidth,” and “heavy compute” tasks. Lubin also revealed that “heavy compute platforms” have already been “built on top of Ethereum.” These include “decentralized identity” and “decentralized proof of location” software solutions, Lubin noted.

As Ethereum’s ongoing development continues, Lubin believes “hundreds of other protocols will either be built on Ethereum or adjacent to” it. These protocols will also “enable interoperation” - which puts “Ethereum in a special position,” Lubin stated. He argued that Ethereum “is the most decentralized of all these platforms” because it has “about 20,000 nodes worldwide.” The number of full-node transaction validators for the Ethereum network are “likely to grow quite dramatically when we move from the proof-of-work (PoW) consensus algorithm to the proof-of-stake (PoS) consensus” mechanism, Lubin predicted.

Proof-of-Stake (PoS)-Based Ethereum Will Be Even “More Decentralized”

Assuming the Ethereum network successfully transitions from PoW to a PoS-based blockchain, Lubin believes the smart contract platform will become even more decentralized “because the barrier to entry to participating, to validating transactions on the system, and securing the network … [will] drop quite dramatically.” He noted that “you get trust from decentralization, you get greater trust from greater decentralization.”

Lubin also explained that “if you have many of these different nodes that everybody can access, everybody can inspect, everybody can ensure that there isn’t improper manipulation … and the Ethereum platform resists manipulation if [at least] half of the actors of the system are honest in that sort of world.”

He continued: “We can envision Ethereum as essentially the base layer, [or] the layer one trust infrastructure and upon that we’re already seeing many layer two technologies, state channels, different kinds of sidechains, plasma mechanisms … those are all being built and sort of anchored into Ethereum to garner that trust property from the base layer of Ethereum,”

Owning Bitcoins Is One Of The “Few Asymmetric Bets”

Although Lubin’s brief discussion about Bitcoin and Ethereum did not provide detailed insights into how the Bitcoin protocol has managed to achieve increased adoption, there have been many recent developments which suggest that Bitcoin is increasingly being used as a medium-of-exchange (MoE) and store-of-value (SoV).

Vijay Boyapti, a former software engineer at Google and a widely-followed crypto analyst, has argued: “Owning bitcoins is one of the few asymmetric bets that people across the entire world can participate in.”

In a detailed Medium blog post (published in March 2018), Boyapati wrote that “the bullish case for investors might seem so obvious it does not need stating.” Although the bitcoin price has dropped considerably after reaching its all-time high of nearly $20,000 on December 17th, 2017, Boyapati has noted in many different Twitter threads that Bitcoin is arguably one of the most important inventions in modern history. In his blog, Boyapti mentioned: “Never in the history of the world had it been possible to transfer value between distant peoples without relying on a trusted intermediary, such as a bank or government.”

While the Bitcoin blockchain has been plagued with scalability problems - as the distributed ledger can only handle around 7 transactions per second (TPS), second-layer payment solutions such as the Lightning Network (LN) protocol have been increasingly adopted. Blockchain developers are working on many different implementations of the LN and there are currently 7,979 nodes on the layer-two network.

Although the LN is only able to process relatively smaller bitcoin payments, there are many development teams throughout the world that are focused on improving the second-layer network. LN’s main design goals include enabling faster and more cost-effective cryptocurrency payments. At the time of writing, the LN’s capacity is only around 1,067 BTC, an amount valued at approximately $5,430,000 at press time - according CryptoCompare data.

However, development has been steady as at the time of writing, in the past 30 days, the LN’s capacity has increased by 29% and there are now 38,707 active LN channels - which represents an increase of about 6.6% in the past month.

Bitcoin Adoption Has Increased 700% In Past 6 Years

In addition to software architects working consistently to improve the Bitcoin protocol, reports have revealed that Bitcoin adoption has increased by over 700% in the past 6 years (worldwide). This, according to Coinma’s data, which is a Bitcoin directory service provider.

Meanwhile, Kaspersky Labs, a leading Russia-based cybersecurity firm, conducted a survey a few months back in which it asked shoppers whether they had used bitcoin to pay for goods and services online. Notably, about 10% of those who responded to Kaspersky’s survey said they had used BTC or another cryptocurrency to make purchases through e-commerce websites.

Founded in Moscow in 1997, Kaspersky Labs’ recent crypto survey was performed by gathering responses from more than 13,000 online shoppers based in 22 different countries. Significantly, 81% of survey respondents said they prefer using a bank-issued credit card to pay for items online. This suggests that cryptocurrencies are still not a widely used payment method, however an increasing number of merchants worldwide have started taking crypto payments.

According to Cointelegraph en Español, Paraguay paid for a shipment from Argentina with bitcoin on February 16th, 2019. The BTC transaction involved Paraguay purchasing pesticides and fumigation products worth around $7,000 from Argentina. Bitex, a Latin American financial services company, helped process the crypto transaction.

In early February 2019, the management at Argentina’s public transport system announced that it would start accepting bitcoin payments. Passengers in 37 different localities throughout the South American nation are now able to use bitcoin to add credit balance to their SUBE (Sistema Único de Boleto Electrónico) travel cards. Bitex also helped in the integration of bitcoin payments into the SUBE travelcards.

In December 2018, Hungry.dk, a Denmark-based online food takeaway portal which helps process orders from more than 1,500 restaurants in the European nation, started accepting bitcoin payments again. Representatives from Hungry.dk told the Bitcoinist that they had first started taking crypto payments in 2016. However, they briefly stopped accepting bitcoin when “average transaction times took too long” towards the end of 2017 - which was during the time that digital asset prices recorded all-time highs.

Compared to Bitcoin, Ethereum’s adoption or usage rate does not appear to be that high. On February 9th, 2019, Twitter user Kevin Rooke pointed out (while referencing DAppRadar.com) that “there [were] 1375 live [Ethereum-based] dApps” and “86% of them had 0 users” that day. Moreover, 93% of dApps on Ethereum did not record any transactions that day.

Competing dApp creation platforms such as EOS and Tron were not much better - as out of 1828 live dApps that day, “77% of them had 0 users” and “85% of them had 0 [transaction] volume” on the same day.

Anthony Sassano, a cybersecurity professional and the co-founder of EthHub, an organization focused on Ethereum-related research, has argued via Twitter that there are already several legitimate use cases for the smart contract platform. According to Sassano’s assessment, “people are putting too much emphasis on scale as a ‘make or break’ for Ethereum.”

While he acknowledged that Ethereum must be able to scale effectively in the long-term, he listed the following platforms (which have already been launched on Ethereum):

Bitcoin is intended to function as decentralized means of value transfer whereas Ethereum is a protocol that allows users to develop decentralized applications on top of a blockchain network. As prominent Ethereum developer Vlad Zamfir has confirmed on several occasions, Ethereum is “not money.” Ethereum’s native token, Ether (ETH) exists in order to facilitate the process of building and deploying distributed applications. Meanwhile, the bitcoin currency exists on the Bitcoin blockchain to facilitate peer-to-peer (P2P) exchange of uncensorable, non-confiscatable money.

Because both Bitcoin and Ethereum are open-source protocols, their standard accepted definition and use cases are continuously evolving. Developers, business leaders, entrepreneurs, traders, individuals and organizations throughout the world expect different things from both Bitcoin and Ethereum. Due to different expectations and perceptions, Ethereum Improvement Proposals (EIPs) and Bitcoin Improvement Proposals (BIPs) are used to manage the ongoing development of both blockchain networks.

Hard forks (backwards incompatible upgrades) and soft forks (backwards compatible upgrades) are used to make codebase modifications to both the Bitcoin and Ethereum blockchain networks. In principle, these changes are only made after a BIP or EIP are approved through distributed consensus by active members of the Bitcoin and Ethereum community, respectively.

A decade after the launch of Bitcoin and about five years after the introduction of Ethereum, there are thousands of businesses and various other decentralized application layers being developed on top of both Bitcoin and Ethereum. In the words of Ethereum co-founder Vitalik Buterin: “Cryptocurrency Protocols Are Like Onions… One common design philosophy among many cryptocurrency 2.0 protocols is the idea that, just like the internet, cryptocurrency design would work best if protocols split off into different layers. Under this strain of thought, Bitcoin is to be thought of as a sort of TCP/IP of the cryptocurrency ecosystem, and other next-generation protocols can be built on top of Bitcoin much like we have SMTP for email, HTTP for webpages and XMPP for chat all on top of TCP as a common underlying data layer.”