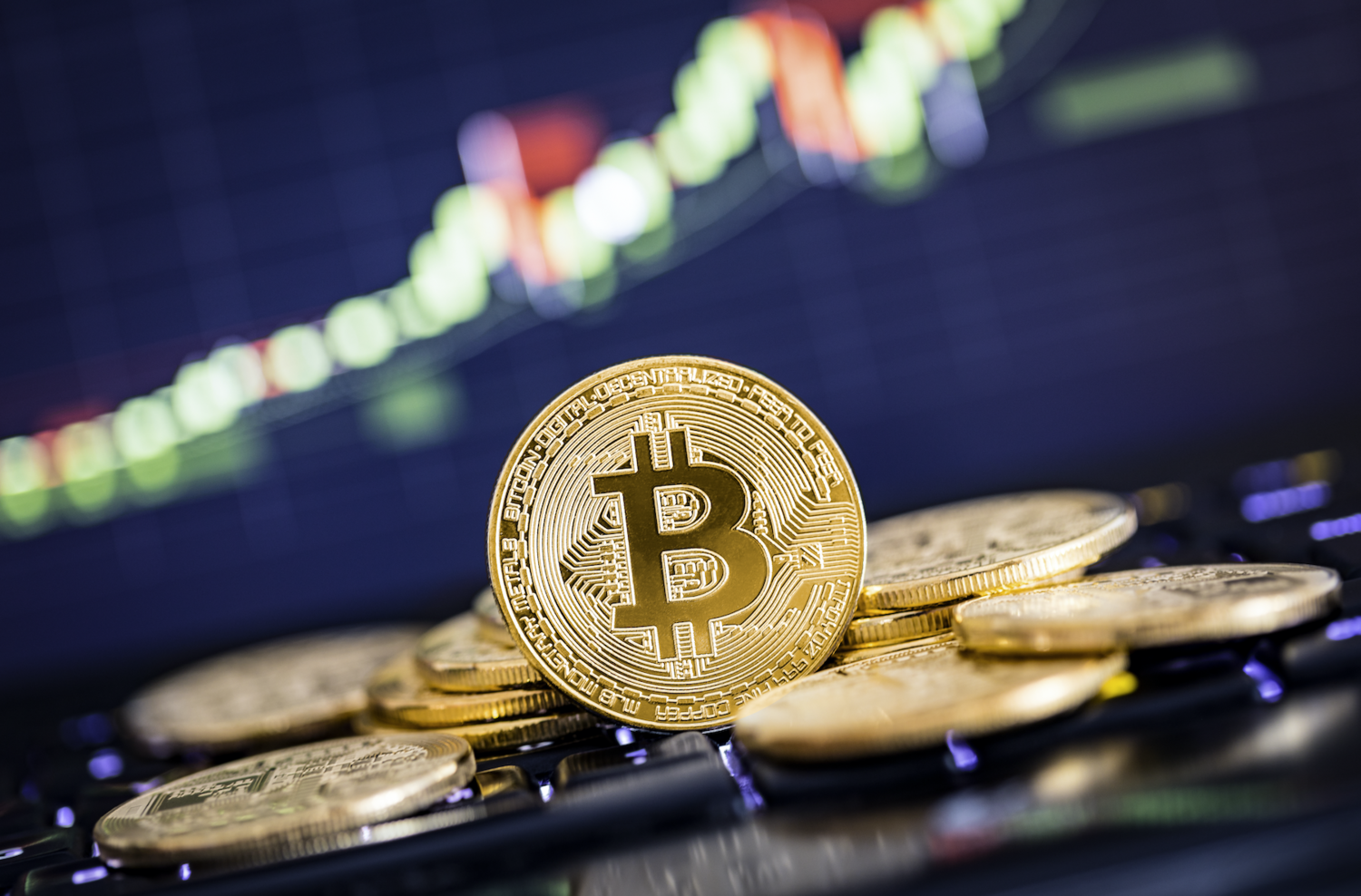 Since its inception almost a decade ago, Bitcoin has enjoyed unprecedented inflation in both its market price and user base - catching the eye  of media outlets worldwide, causing thousands of essays, studies and articles on the subject to emerge.

While Bitcoin proponents defend its value as stemming from the technology underpinning it and its inherent potential to disrupt the financial markets, many question bitcoin when it comes to its intrinsic value, and the fundamentals driving its price evolution remain unanswered.

In the following, we will try to bring answers to these questions from different perspectives and will try to cast some light on this new phenomenon that confuses individuals and government officials alike.

While most modern economists came to a consensus about the fact that the economic value is subjective, Marx believes that it is rather objective and solely represents the value of labor used to make the good.

From Adam Smith and Von Mises, all the way to contemporary economists, all kind of theories, metrics, and empirical methods, were put forth, partially rejecting or strengthening Marx’s claim. Two basic concepts related to “value” seem to arise.

The actual value of a good, service or a commodity - regardless of its exchange price at a specific time - seems to hinge heavily on both the utility derived from its usage and its scarcity.

In the case of Bitcoin, the main assumption made by cryptocurrency advocates is that Bitcoin derives its value from its usefulness as a store of wealth, and as a medium of exchange or alternative to physical money.

Many also believe that cryptocurrency value lies in the fact that it has the potential to establish a novel asset class, that looks nothing like what we have seen before and could one day even make both money and gold obsolete.

To understand that, one should first take a closer look at the definition of money and its evolution throughout our history.

Nowadays, money is regarded as a social unit of account, a medium of exchange and a store of value. It has the main properties of durability, fungibility, scarcity, stability, and portability.

In fact, historical evidence suggests that the use of money dates back hundreds of thousands of years. Back then, the concept started off as a barter-like method.

As soon as humans began to settle and societies began to form, our ancestors exchanged among themselves all kind of goods they produced, gathered or found, with other goods they needed to survive.

However, a coincidence of wants needed to exist between counterparties for such trade to occur. Since food was the most prevalent good that people wanted in that time, there was a genuine need for a third good that most societies agree on the “value” of, and would trade for, in order to avoid long and complex chains of bartering. The latter is the very definition of money as we know it today.

A glimpse of history

A system of “shell money” (pieces of cowry shells) developed in around 3000 BC as the first commodity money system, when most societies agreed that it was durable, hard to acquire and impossible to counterfeit. This eventually evolved to another commodity backed monetary system, featuring gold and silver stamped coins.

Thousands of years later, and with the advent of banks, deposit receipts redeemable for gold began to gain popularity laying the basis for representative money, or paper-based money. Banknotes were used in Europe during the 17th century alongside gold and silver coins, before seeing paper notes gradually take over.

A monetary system known as the gold standard emerged, where the medium of exchange was legal tender paper notes that could be exchanged against fixed and pre-set quantities of gold. By the 20th century, almost all of the countries worldwide adopted the gold standard.

Shortly after World War II, fiat currencies, which are government-backed currencies without any intrinsic value, were adopted by most countries and pegged to the U.S. dollar, which itself was backed by gold in the US Federal Reserve. The latter made the U.S. dollar the federal reserve of the whole world. Fiat money only had value because the government maintained it and because people engaging in exchange agreed on that value.

By 1971, Richard Nixon pulled the U.S. off the gold standard, suspending the convertibility of U.S. dollars for gold and making most currencies worldwide backed by nothing but an “idea” rather than a tangible thing.

Bitcoin has the properties of money described above (durability, fungibility, scarcity, stability and portability) and relies on innovative technology thanks to which, it properly functions, and from which it maintains its key tenets being a truly decentralized, censorship resistant transfer of wealth..

Rather than relying on physical assets like silver or gold, and trust on central authorities like governments or banks, Bitcoin relies on Blockchain technology to conduct and settle transactions, and a widespread global network of users to verify and keep a copy of those transactions at all times.

It gets its value from the belief of those who exchange it of it being highly valuable and the trust put in the technology behind it as being extremely reliable, meaning that the distrusted ledger of transaction can’t be tampered with. Bitcoin value also comes from the growing acceptance of the idea of cryptocurrencies as a new means of value exchange, which has a refractory effect on the whole market.

The fact that Bitcoin is the first real trial in human history of a decentralized non-trust-based system for electronic payments also underpins its value. The true value, however, of such a groundbreaking financial innovation is unknown.

Since its inception in 2009, Bitcoin has proved reliable with only one hack during its early days which was quickly nipped in the bud. Other than that, Bitcoin has experienced no hack in almost 10 years. Moreover, the global community of developers working on its open source code is continuously working to improve bitcoin and its ability to function like money at a large scale.

Bitcoin is decentralized, which means that no single person, government, or central bank controls it. It’s also divisible, hence could be used to buy things ranging from a coffee to a house, and portable in a way that everyone that holds Bitcoin in his wallet, could access it wherever and whenever he or she wants.

One of the key economic ideas behind Bitcoin is its controlled and known supply schedule. It has long been known that large increases in the monetary supply of a currency can erode its value. With Bitcoin a central authority can’t inflate the supply at will.

It is this limited supply that attracts many investors to assets such as gold and it is the same attribute that make bitcoin supporters believe Bitcoin will be a good store of value in the long term.

Scarcity and the total supply of Bitcoin

To go back to basics, the amount of any governmental currency in circulation nowadays is often determined by the country’s monetary policy and could depend on its gold and silver reserves.

If the total amount of a currency in circulation increases faster than the total value of goods or services available in its economy, each unit of currency will buy a smaller portion of those goods and services than before. This phenomenon is known as inflation.

While inflation stimulates businesses and boosts liquidity, it can also encourage overconsumption and hoarding commodities, hence raising their prices, leading to consumer shortages and even more inflation.

On the other hand, if the money supply remains constant while more goods and services are produced, each unit of currency will increase in value in a process known as deflation. This makes people want to hold on to their purses - inducing a decrease in consumer spending, hence reducing business profits, leading to unemployment, and a further decrease in spending.

Most economists believe that while too much of either is dangerous and particularly hard to inverse, a small consistent amount of inflation is necessary to encourage economic growth.

In the case of Bitcoin, the cryptocurrency has a finite cap of 21 million, making it reasonably scarce. The Bitcoin protocol specifies that new Bitcoins added to the circulating supply will halve every 210,000 blocks (or approximately four years) and that the limit of 21 million Bitcoin will be reached by the year 2140.

Value Vs. price of Bitcoin

No asset in history has appreciated as rapidly as Bitcoin has, putting it in a class of its own. The fact that Bitcoin is set to disrupt so many well-established markets from remittances to electronic payments has led to many studies aiming to draw a parallel between its economic value and its market price.

Most of the methods used in these studies take into account past results to try and determine future prices. However, price forecast methods have a limited sensibility: they do not incorporate actual events, market movements, or random occurrences that can disrupt market dynamics and make the price of an asset to plunge or skyrocket.

The “Historical Method” is the most popular method applied in Bitcoin’s price prediction. It is a volatility metric used by institutional investors to quantify investment risk and is classified as a Value at Risk (VaR) measurement.

The Historical Method puts in order the actual historical returns of a given asset from worst to best. It then applies the assumption that history will always end up repeating itself from a risk point of view. The outputs of this method are given in the form of a probabilistic estimate with no expression of absolute certainty. Other similar VaR methods include the Variance-Covariance Method and the Monte Carlo Simulation.

Additionally, a wide range of econometric models were developed in order to pin down the exact worth of Bitcoin. As an example, the Hayes model and the Wheatley model are well documented and seem to have been built upon different approaches and parametric focuses. These models often return extremely diverging results ranging from highly bullish to highly bearish.

An interesting perspective to assess Bitcoin prices in the long term is the Network effect. Also known as Metcalfe’s Law, the Network effect states that the effect of a telecommunication network is proportional to the square of the number of connected users to the system, or n2.

This formula has laid the basis for studying and valuing various online networks.

In the case of Bitcoin, it translates to the fact that any additional user of the network will exponentially increase its value to others. And given that the prices of an asset are often consistent with the number of transactions and active wallets on its network, current network usage can correlate to the current price.

With all that being said, the idea of Bitcoin being a substitute for cash, and a peer-to-peer payment-focused network is increasingly losing ground to its usefulness as a store of value and as a speculative investment. The reasons behind this are mainly linked to its scalability limit. Bitcoin is not yet a powerful network that can handle mainstream adoption, and the speed of settlement has so far proved not fast enough to replace existing methods.

However, the development proposals being discussed among and beyond its ever-expanding community to improve upon the existing network, and upgrade it accordingly, offer the promise of a bright future for Bitcoin.