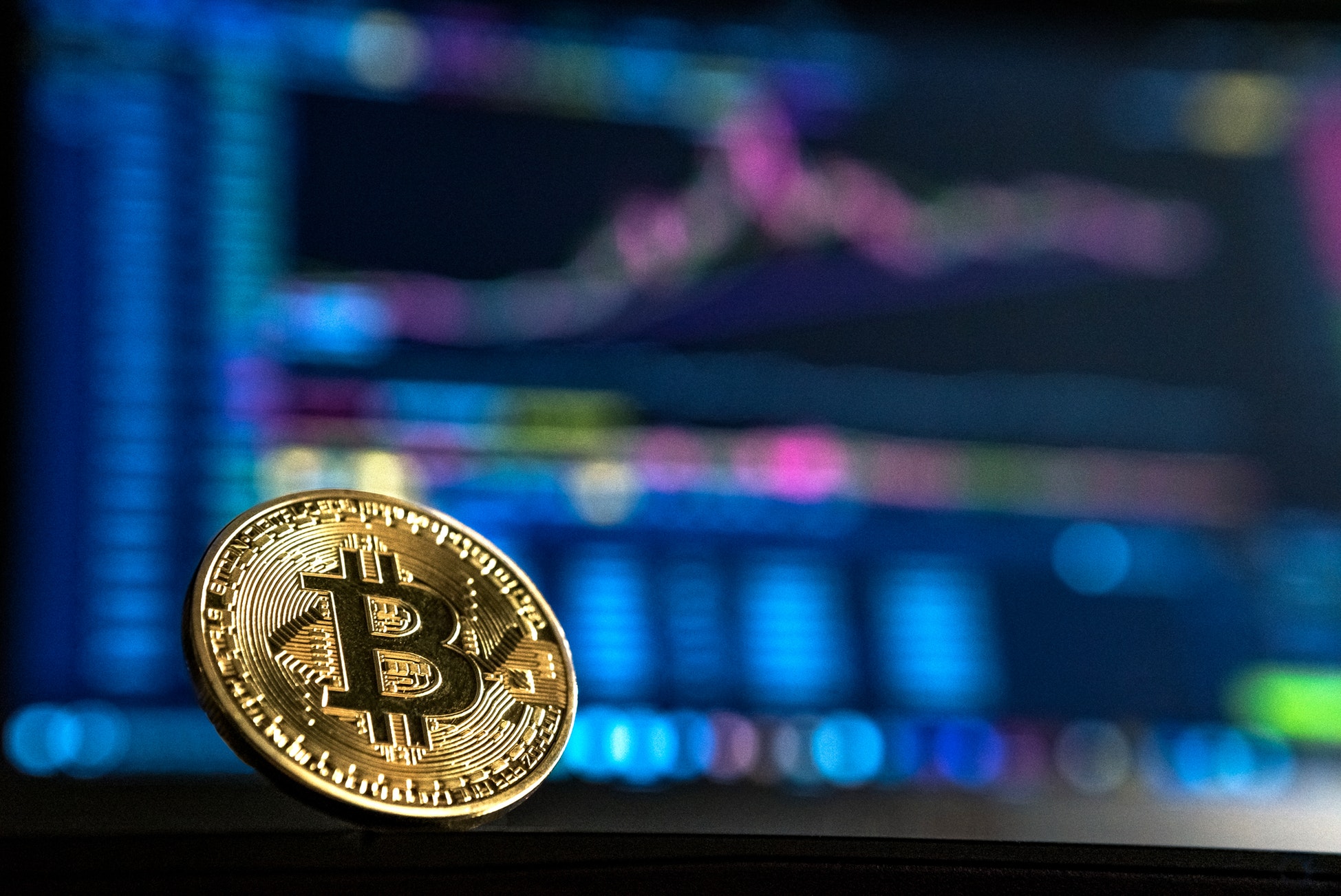 When considering cryptocurrency markets, investors are often highly concerned about the volatile price movements which the market is subject to. Huge percentage gains and losses can be seen in the space of hours with millions added or removed from market values. This can provide an opportunity to professionals who can effectively capitalize on the movements. To others, it can result in large losses if not managed correctly.

How Volatile is Bitcoin? 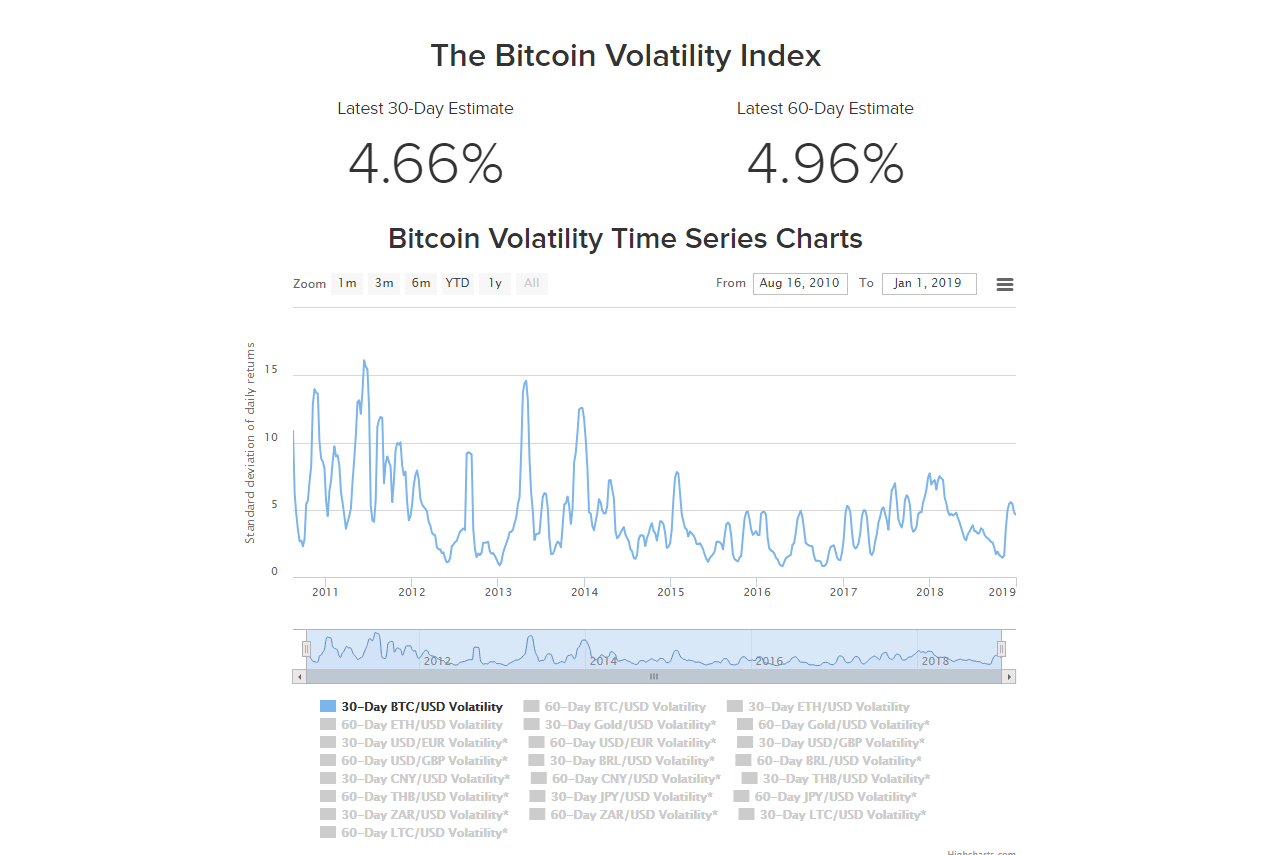 Bitcoin’s volatility is high when compared to other asset classes. Gold is typically around 1.2% while major fiat currencies have daily volatility ranging from around 0.5% to 1%.

The major asset class to take into consideration for comparison would be equities. Equities closest resemble cryptocurrencies when it comes to major movements. Similar to cryptocurrencies, equity prices are highly linked to the sentiment of traders and key news developments. An unexpected development in a certain equity can easily result in significant price movements. A typical example is when the earnings released by a company are different from what analysts estimated beforehand. 30-day volatility in different equity indices can vary widely based on the market and can range from typically around 2% to much higher.

This is an important point to note as it shows that even a developed and regulated market such as equities can exhibit volatile movements. It is the nature of markets, as traders and market participants assess and reassess the underlying value.

The main point to take away from examining the volatility of Bitcoin is that it is gradually decreasing as the market develops. You can see from the above graph that in the early years, spikes in volatility brought the 30-day standard deviation above 15% and commonly above 10% with volatility more stable around 5%. More recent spikes are close to 5% to 7.5%, and volatility is more stable around 2% to 3%.

It may take a while longer for the volatility of altcoins to start to decrease as we have seen with Bitcoin. They may behave more like the Twitters of the cryptocurrency world for some time yet.

The cryptocurrency market would still be best described in the “emerging technology” category.

Liquidity is one of the key factors linked to the volatility in any market. Liquidity generally represents the number of buyers and sellers supporting the market or asset. When liquidity is high, large amounts can be bought or sold without having a disproportionate effect on the price. Markets which have matured and have significant amounts of capital driving them tend to move more smoothly and will be less subject to wild price swings.

Markets such as cryptocurrencies have less liquidity. When large sellers or buyers come into the market, it can result in huge increases or crashes in a short space of time. The key reason is that there aren’t sufficient numbers of buyers or sellers in the market to facilitate the opposite side of such large trades. One example from 2018 was the trustee responsible for selling the remaining Bitcoin from Mt.Gox selling large amounts of Bitcoin on numerous occasions. The market did not have sufficient liquidity to facilitate these sales and crashed each time.

We have established that cryptocurrencies would be best described as an emerging technology.

While the technology is developing, the ecosystem around it is also developing. News has a key impact on traditional financial markets and technologies. In other areas, the technology is typically more mature and the news much more easily understandable to the investor audience.

Within the world of cryptocurrency, there is a significant disconnect between news developments and the relevant impacts on price. Misinformation can easily spread, and prices can react violently. It is hard for investors to differentiate between what is real news and what is simply FUD. This is particularly true of mainstream media publications who are not familiar with the sector.

Cryptocurrency enthusiasts tend to utilize trusted industry-specific cryptocurrency news sites such as blokt, or use aggregators such as CryptoCompare, rather than trusting information reported in the mainstream press. In many cases, reporters working for traditional publications don’t yet have the knowledge or experience to truly understand Bitcoin and cryptocurrencies.

Along with the news and technology developing, the businesses in the ecosystem are also developing. Exchanges have been hacked, and projects have raised funds only to disappear with investors’ money. All of these events are reported by news outlets and play a role in making the price volatile. As the ecosystem begins to mature, investors will get more prudent at identifying which projects are scams and businesses with risky practices such as exchanges with poor security will be avoided.

It is likely as the business environment develops, a few big players will remain in each key area to cater for cryptocurrency users' needs. Institutions such as Coinbase are setting themselves up to be one of these key players by forming strategic partnerships, offering transparent products, and having a strong focus on regulation.

Regulation has made huge progress over the past couple of years in the cryptocurrency industry. Many large institutions such as Coinbase and Gemini comply with regulations and others such as Kraken participate in self-regulating organizations. There is also key discussion taking place by governments regarding cryptocurrencies and how to regulate them.

The simple fact remains that the vast majority of businesses operating in the field are unregulated. There are no assurances provided to consumers when they invest in a business with no consumer protection laws coming into play. Putting funds into a risky business means the possibility of losing them forever. The Mt.Gox hack in 2014 - the largest hack in the history of the industry - has still not compensated victims of the hack, despite the value of the remaining Bitcoins being enough to compensate everyone in fiat terms.

Institutional investors play an important role in traditional markets. It is estimated that institutions own around half of all United States equities. Institutions provide large amounts of capital to the market - greatly enhancing liquidity and serving to reduce volatility, in most cases.

There has, however, been significant progress in the area over the past two years. The CBOE and CME launched futures products which track the price of Bitcoin.

ICE, an exchange owned by the NYSE, will be launching Bakkt in 2019 which will focus on providing more products for institutional investors which are supported by a regulatory framework. The first product they aim to release will be the first-ever physically backed Bitcoin futures product. There have also been positive developments from countries such as Malta, which are building regulatory frameworks for cryptocurrency-oriented businesses. While many anticipate institutional investors to arrive suddenly, the reality is that the groundwork is still being built.

The unregulated nature of the market attracts those seeking to manipulate the market for their own benefit. Manipulation also plays into volatile price swings. There is evidence of manipulation from numerous players in the cryptocurrency market.

Notably, there has been evidence of wash trading on the part of exchanges. This is where exchanges buy and sell their own products to artificially pump up the trading volume. This gives the impression that the market is far more liquid than it in fact is and makes the market more susceptible to volatile price swings when large amounts are bought or sold that the market cannot facilitate. This is illegal in traditional markets, but the lack of regulation in the crypto sector makes it possible.

Insider trading is another activity which is illegal in traditional markets and is investigated by the SEC. It involves trading on information which can materially impact the market and is not available to the public. The unregulated nature of the cryptocurrency market has resulted in insider trading becoming more commonplace.  When Bitcoin Cash (BCH) listed on Coinbase for example, there was suspicion of insider trading taking place due to the wild price increases which took place.

Another market manipulation tactic known as ‘spoofing’ is commonplace and can be seen regularly by monitoring the Bitcoin order book. It involves the placement of a large order above or below the market price that has no intention of being filled. This can serve to manipulate the price up or down as traders see the large order and adjust their trades. If a large trader, known as a whale, was to put an order to sell 500 Bitcoin a little above the market price, it is likely that the price would drop as traders assess the arrival of this order. This same trader may use the drop in price as a more attractive buying entry point and cancel the initial order which they had no intention to fill.

The common theme driving the volatility in Bitcoin is the early stage that the technology and ecosystem surrounding it still seems to be in.

Equities make for a good comparison. Equities have many measures in place to control volatility and to protect the investor. Regulations are in place to ensure that businesses act properly and it is easy for market participants to identify suspicious businesses operating in the area. It is also a highly liquid market with a market cap near $80 Trillion.

Cryptocurrency has a long way to go before it even nears the maturity of the equities market, but as it develops, it will likely become less erratic in its price movements and develop a more investor-friendly ecosystem, with fewer hacks, scams, and subpar news reporting.