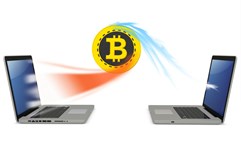 There are lots of methods and ways to trade Crypto currencies and Bitcoin.

Most of these take place via an exchange as the friction-less method of entering the trade takes seconds to perform – the price you buy or sell at is guaranteed.

There can be special situations where you can buy bitcoins, darkcoins, litecoins or dogecoins at a discount – for example at meetups.

Different xchanges have different systems. Some are based on convenience and others are meant for the professional trader. For example, you can purchase your first BTC on Coinbase and trade Bitcoin with leverage on Bitmex.

Most traders or speculators on exchange traded assets or currencies have strategies they adhere to such as technical analysis – or essentially a self fulfilling means whereby levels are considered and analysed to ascertain future price movements. For example there are supports, Elliot waves, Fibonacci fans, simple moving averages, exponential moving averages and Hindenberg omens that all are supposed to play their parts in being able to predict how markets are going to move in the future.

Other methods of trading, but more fundamental investing, such as value investing come into play with traditional stocks - for example buying a stock that yields 8% as other stocks with similar risks are trading at a 5% yield. Whether Bitcoin sits as an asset or a currency is difficult to ascertain but in general currencies are traded in relation to a country’s inflation rate and interest rate on its national debt - this  can be swayed by other factors – in particular political strife or where the country is heavily reliant on one particular industry that is facing problems or higher demand.

The present crisis in Russia is an example of how currencies depreciate as capital attempts to flee and demand slows for the countries products, hence the falling rouble. Australia’s strengthening dollar is due to China’s thirst for its natural resources and South Africa’s falling Rand has been due to increasing political destabilisation and a fall in the global competitiveness of its mining industries – a large proportion of its GDP.  Bitcoin and crypto currencies are again difficult to place in terms of value but banking analysts have placed a value in terms of displacing traditional money transmitter business such as western union and paypal.

However, in between that there are lots of trading strategies that can be implemented, whether you wish to trade on instinct, or technical analysis and try and measure the sentiment of the Bitcoin or Darkcoin markets to scalp a five percent. Playing news and government regulation updates or technological advances are also good ways to trade on the Bitcoin and Litecoin prices. For example the UK announcing encouragement for the digital currency space would hopefully move the Bitcoin and other crypto currency prices higher – whilst India announcing hostility or Bangladesh the death penalty would lower the price.

In terms of gaining exposure to the asset class of crypto currencies only Bitcoin has exchange traded funds such as the Winklevoss fund. This is only open to high net worth individuals, although there are efforts to allow individuals who aren’t very wealthy the chance to invest in a fund linked to the Bitcoin price.

There are other means for more sophisticated investor to gain exposure to Bitcoin or Litecoin and other crypto currency prices such as spreadbetting or contracts for difference. This, depending on the jurisdiction, can be a very tax efficient way of gaining exposure to Bitcoin and other crypto currency prices as it allows leverage and tax free profits. These methods do leave you open to margin calls and potential debt and should only be taken on when you clearly understand the risks involved.

Most spreadbetting firms and CFD firms have very good guides on how to gain exposure and how to operate their platforms. Avatrade, Plus 500 and Etoro are three of our favourites.

There are other more complex black box strategies too which involve arbitrage – or basically being able to buy on one exchange and sell it immediately on another for a profit. For example if you can buy Bitcoins on LocalBitcoins for $400 and execute a sell order on Bitstamp for $410 – you can make a risk free profit of $10.

You can also do pure crypto to crypto arbitrage by buying darkcoin for BTC on one exchange – for example Cryptsy and simultaneously selling it for a higher price on Bter or Shapeshift. This can be problematic though as you need to maintain transferability between wallets. Bter is notoriously bad at allowing transfers from its internal wallets as it tries to retain funds.

As most exchanges are open to all, unlike traditional exchanges like the London Stock Exchange, you can also integrate your own software and black boxes into their markets and execute buys and sells according to specific conditions. This is traditionally the realm of quants in large hedge funds and is definitely the most technical form of trading.

So have a look at our exchanges and use our coin walls and see the crypto sentiment in the news. You can use our exchanges and global orderbooks across all exchanges to spot market movements and our live price to keep you up to date with crypto currencies and Bitcoins across the world.