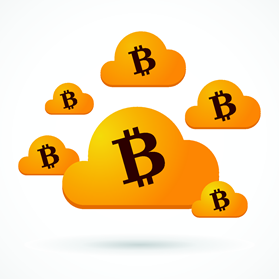 Mining solo, while sometimes more profitable, it's usually not the right choice for most miners. When mining solo, you are doing all the work alone which means that you'll receive the entire block reward, the problem is that mining is also based on a luck factor, which means that if your hashpower isn't high enough, you may never see a reward come your way. With pool mining, however, this variance is eliminated and you recieve payments that correspond to the portion of the work that you have done.

If you are deciding to join a Bitcoin or altcoin mining pool there are quite a few considerations to take into account – mainly their method of distributing the block reward and the fees they charge for managing the pool. Pools also try to stop cheating by miners – i.e. for them to swap between pools.l.

Today we want to teach you some aspects of pool mining in the hope that they will help you choose a mining pool that best fits your needs.

You can check out our mining pool list here. Make sure to read the reviews and to check the features carefuly. You will also find a list of servers by locaiton and coin in the pool description.

The fees usually range from 0% to 4%. The standard fee for mining pools is usually 1%, so if you spot a pool with a higher fee check its payment method and other features. If there is a pool with similar features and payment method but smaller fee, you'll want to choose the second option.

Sometimes a pool will have a 0% fee. This is very unusual and it most often means that you are dealing with a new pool that has no fee in an effort to attract customers. Some pools, however, actually rely on donations and other methods, so if you find a 0% fee, you'll want to keep an eye on any fee changes.

You can check out our mining pool list here and organize it by fee.

The model where the mining pool operator assumes all the risk is when they guarantee a payment per each proof of work – or potential hash solution – that their miners offer. For example if the total network is 100GH, the mining pool operating this Pay Per Share (PPS) method has a hash rate of 10GH, and the block reward is 25 Bitcoins, then the expected return is 2.5 Bitcoins per block.

The pool will give money to their miners even if their pool hasn’t successfully mined the block, meaning the risk of lumpy payments is assumed by the operator, and hence why the fees are at the higher end of the range at 10%. Miners will then only receive an expected return of 2.25 Bitcoins per block distributed proportionally by how much hashing power they have contributed towards the block.

When the miners assume the risk the fees are generally lower as they take on the risk that they might not solve a block for an extended period of time and receive no payment of Bitcoins.

There are varying methods of this with the aim of keeping the pool hashing power stable.

- Proportional – the simplest method whereby for each block, the reward is split between the hashing power contributed proportionally by the miners of the block.
- Pay Per Last N Shares – PPLNS – looks at the last N shares instead of just the last block. This smooth’s the returns for mining rig operators if they haven’t been connected for one reason or another. If they contributed to the majority of Bitcoin blocks 1-6, when a reward was found by their pool in block 7, for which they had become disconnected through no fault of their own, then they are still eligible for payouts depending on the time of N.

There are other inventions and variations that have been implemented. For example the DGM method (Double Geometric Method), where the operator receives some payments over short rounds and distributes them over longer rounds. There are also some other ways where the more recent proofs of work are allocated a higher weighting in terms of the proportion they are eligible for.

Some pools have extra fees on top of PPS (Pay Per Share) schemes – but in generally fees range from 0% for Proportional and PPLNS pool management schemes to 10% for PPS schemes. There also pools that offer the ability to merge mine other SHA-256 coins as well as Scrypt pools that allow you to merge mine other popular crypto currencies such as Dogecoin and litecoin.

Over the time, many different payment systems have been developed. Most altcoin pools use the Prop or PPLNS payment system. However, there are several, including:

You will also want to take into account the minimum payout. This defines the minimum amount of coins you are allowed to withdraw (or to receive automatically). Some pools allow you to set a limit above the minimum, which allows you to save money on transaction fees. When choosing a mining pool, you will want to check the minimum payout, the payout period, and weather the pool or the user pays for the transactions fees on withdrawals.

You can check out our mining pool list here and filter it by payment system.

The first thing you'll have to consider is, of course, the cryptocurrency that you would like to mine. The most popular at the moment are Zcash, Ethereum, and Ethereum Classic, among others. These are currently the most profitable ones. You can always compare your profits with each currency through the calculator tool that we have available. Of course, these numbers are subject to change has the price, mining difficulty, and network hashrate change, so it's advisable that you take these into account and that you check on them regularly.

Some mining pools allow Merge Mining, which means that your can mine two cryptocurrencies at once without losing efficiency in neither. This, however, is only available with some algorithms.

Another type of pool to consider is a multi-pool. These allow you to choose from several cryptocurrencies to mine and converts your profits into Bitcoin automatically. If you are planning to mine an altcoin but want to exchange it for BTC, these may be useful to you. Check out multi.pools here.

You can check out our mining pool list here and filter them by currency.

If you're located in Europe and mining on a Chinese server, you may not get the best results. Check if your pool has a servers in your country/continent and if so, check the URL for those servers. This will allow you to mine more efficiently.