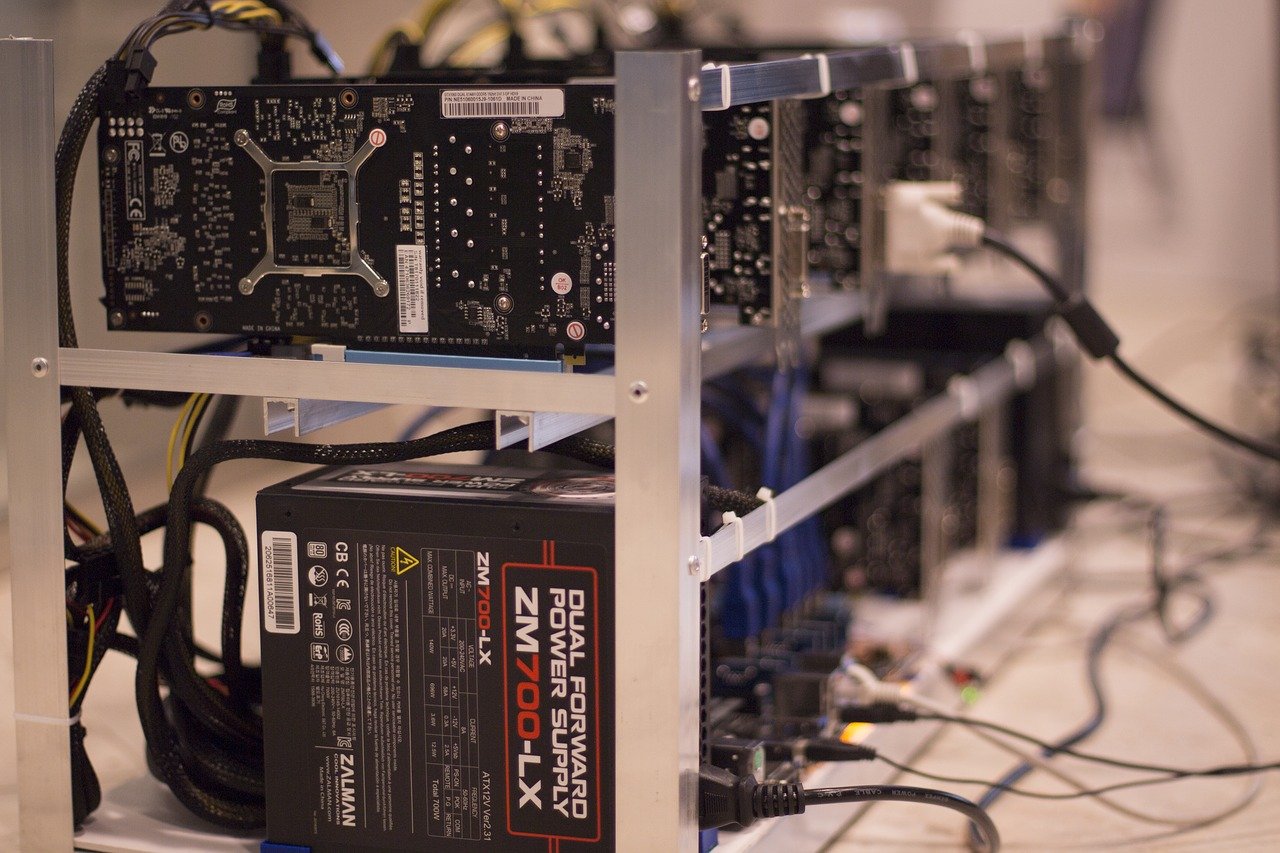 Merged Mining is a process that enables cryptocurrency miners to mine two or more blockchain networks simultaneously; this allows them to compete for, and claim, separate block rewards without sacrificing their overall mining performance.

“The act of using work done on one blockchain on more than one chain, using Auxiliary Proof of Work (AuxPoW).”

Whilst this method of mining is not as well known as others, it has historically been used by some very well-known projects, such as Litecoin and Namecoin, to piggyback onto larger blockchains that tend to be more active and secure.

This creates exposure for the network in question and provides additional security as more miners are incentivized to secure the network due to the additional block rewards.

Satoshi Nakamoto, the founder and creator of Bitcoin, outlined a conceptual idea of the process in a Bitcointalk post from 2010, he stated:

“I think it would be possible for BitDNS to be a completely separate network and separate blockchain, yet share CPU power with Bitcoin. The only overlap is to make it so miners can search for proof-of-work for both networks simultaneously. [...] The networks wouldn’t need any coordination. Miners would subscribe to both networks in parallel.”

What Is Cryptocurrency Mining?

Cryptocurrency mining is the process by which new tokens are minted and entered into circulation - it plays a key role in maintaining, adding to and securing the blockchain network. To mine cryptocurrency, we recommend that you have a high-performance PC or specialized system as it involves a lot of heavy lifting from your computer.

Mining cryptocurrencies, like bitcoin, results in a slow accumulation of resources – just like mining for a natural resource would. Anyone can become a miner if they have the right equipment and resources, but just because you can doesn’t mean you should - so why not check out our guide on mining Ethereum to see if it’s right for you!

In decentralized networks, like Bitcoin and Ethereum, it is important that everyone agrees on the state and order of transactions - for there is no central authority or body that can do this. Miners facilitate this agreement by dedicating their time and computing power to solve complex puzzles - or dice throws as mentioned above.

These puzzles represent transactions, and if a computer successfully solves one, then the transaction is processed, a block is produced and the miner in question is rewarded. For proof of work blockchains, this process is essential for keeping the network secure and intact.

Proof of work algorithms are infamously energy-intensive as they require significant amounts of energy to validate transactions. To put this into perspective, Bitcoin alone reportedly accounts for an estimated ~0.05% of global energy consumption - this is more than most countries and enough energy to power all kettles used in the UK for 27 years.

Cryptocurrency miners are incentivized to work as a collective (pools) so they do not waste the resources they need e.g. computational work and electricity, to mine blocks. This deters selfish or fraudulent behavior as individuals who don’t join the majority of miners have a very low chance of successfully mining a block before a larger pool. Block rewards act as an extra incentive for miners to expend the resources mentioned above.

Suppose you want to learn more about mining a single cryptocurrency or dig deeper into the complexities of mining. In that case, we recommend that you check out our Bitcoin or Ethereum mining guides.

How Does Merged Mining Work?

For merged mining to be possible, both networks in question must use the same hashing algorithm. In Bitcoin’s case, this is SHA-256, so therefore almost any other coin that uses the SHA-256 algorithm could be mined alongside bitcoin.

In most cases, the parent blockchain is more or less unaffected as no technical modifications are required for merged mining to take place. The auxiliary blockchain, on the other hand, needs to be modified to receive and accept the work of the parent chain. This typically requires a hard fork.

In practice, the process of merged mining works as follows:

The miner or mining pool controller assembles the block for both hash chains in such a way that the same hash calculation secures both blocks.

The work for this block is then assigned to miners to find a solution that meets either chains difficulty requirement. If a miner successfully solves a block at the correct difficulty level, the block is then re-assembled with the completed work and submitted to the correct blockchain.

In some cases, both blocks will be separately reassembled and submitted to both of their corresponding networks - if the miners meet both difficulty requirements.

This is all submitted to the Namecoin system, which would accept it as valid proof of work because it contains information that must have been done after the block header and Namecoin transaction set was built.

The Benefits of Merged Mining

Merged mining can help smaller, low hash blockchains increase their network security by tapping into the hashing (computing) power of much larger networks, like Bitcoin for example. When merged mining, every hash that a miner processes will contribute to the total hash rate of both networks.

Some of the most popular examples of merged mining pairs are Litecoin and Dogecoin or Bitcoin and Namecoin - both of which we will explore in more detail below.

By attracting more miners, both network activity and security will hypothetically increase as long as enough miners agree to adopt the merged mining protocol - this can help reduce the possibility of a 51% attack - a network attack that can only occur if a single entity controls more than 51% of a network's hashing power.

More miners means more hashing power, and, when it comes to a blockchain, the bigger the network of miners, the stronger the protection of the network against attack.

For miners, the benefit comes from the chance of receiving two rewards for the cost of one - also, it removes the need to switch between blockchains which can be a cumbersome process.

The Negatives Of Merged Mining

For some, merged mining poses the realistic threat of network centralization, something which has, at times, made merged mining a controversial topic.

For example, a mining pool that contributes a small proportion of Bitcoin’s total hash rate could easily reach <51% on a smaller chain.

However, it is also argued that If block rewards are good enough to incentivize miners to mine an extra chain, then centralization should fall and network security increase.

Namecoin (NAME), a token originally forked from bitcoin software and widely considered the first ‘alt coin’, was the first cryptocurrency to adopt the idea of Merged Mining. Like Bitcoin, Namecoin was limited to 21 million coins and used the same proof of work algorithm.

Namecoin’s merged mining implementation occurred in October 2011 at block 19,200 - this allowed miners to hash a Namecoin block, and then insert that hash into a Bitcoin block.

If the miner successfully hashed a Bitcoin block that had a greater or equal difficulty to the Namecoin block, it would be proof that the amount of work had been done for both corresponding blocks.

In order for this process to be possible, the Namecoin protocol was altered to accept a Bitcoin block that contained a hash of a Namecoin block as valid proof of work - as long as it was solved at or above the Namecoin difficulty level.

Litecoin (LTC) and Dogecoin (DOGE) are two of the longest-standing cryptocurrencies, having survived various market cycles and each recording significant daily volume.

Dogecoin originally launched in December 2013 as a meme currency and was a fork of Litecoin, as mentioned above, this means it relies on the same hashing function, which in this case is scrypt.

Shortly after Dogecoin was released, the developers and community decided to switch to an AuxPoW algorithm to help ensure that the network remained secure by tapping into Litecoin’s miners. This allowed those mining Litecoin to now also earn Dogecoin without needing extra hashing power.

In the above examples, there are three merged mining scenarios.