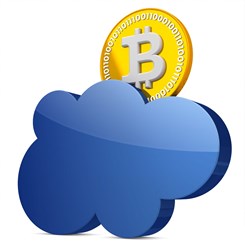 Web wallets are managed by third parties in general – that is they hold the private keys and the public keys of the user – meaning that the process of accessing Bitcoin or any crypto currency is significantly lowered – you don’t have to download the full client or acquaint yourself with various forms and methods inherent in wallet software.

The trade off though is that the third party is responsible for maintaining the integrity of your wallet and keeping secret the private keys – you need to trust them as they could just run off with the money – and there is no Government based insurance scheme to guarantee deposits.

In one sense online web wallet providers are creating their own ecosystem – they are vertically integrated sometimes and offer both trading and storage options – such as Coinbase. This raises the issue of anonymity as wallet holders and exchanges generally are being pushed to hold documentation about users to combat AML and KYC financial regulations – especially in America. This can mean that at the simple request of the US Government a full list of personal information can be obtained – crypto currencies are not so anonymous.

There have been numerous cases where certain online hosted wallets or cloud wallets have been compromised – the most famous example being Mt Gox followed by Bitstamp and Mintpal amongst others. These generally come about through security flaws which can either be through technological problems or through mis-management and internal issues. Examples of this is where third party contractors have used their internal knowledge of exchanges to leach funds and where external coders have managed to breach internal systems crediting their balances, which were subsequently sold off and removed.

Another form of web wallet is a hybrid wallet and very similar to the hardware wallet in that the private keys are stored in a different location and under control of the individual, not the third party. Usually the transaction is sent to the individual to be signed the private key on their computer via javascript software written by the provider.

The advantages of web wallets – apart from the general simplicity – is the ability to bundle transactions together before pushing them onto the blockchain and therefore lowering transaction fees. They can also perform internal transfers for zero fees as an attraction to pull in customers and increase their user base – a bitcoin ecosystem within the bitcoin ecosystem – again coinbase is the perfect example of this, whilst offering wallet, exchange and Point of Sale services – they have garnered a very large market share pushing other payment services such as Bitpay to adopt the same strategy and vertically integrate into wallet services from Point of Sales and exchange provision.