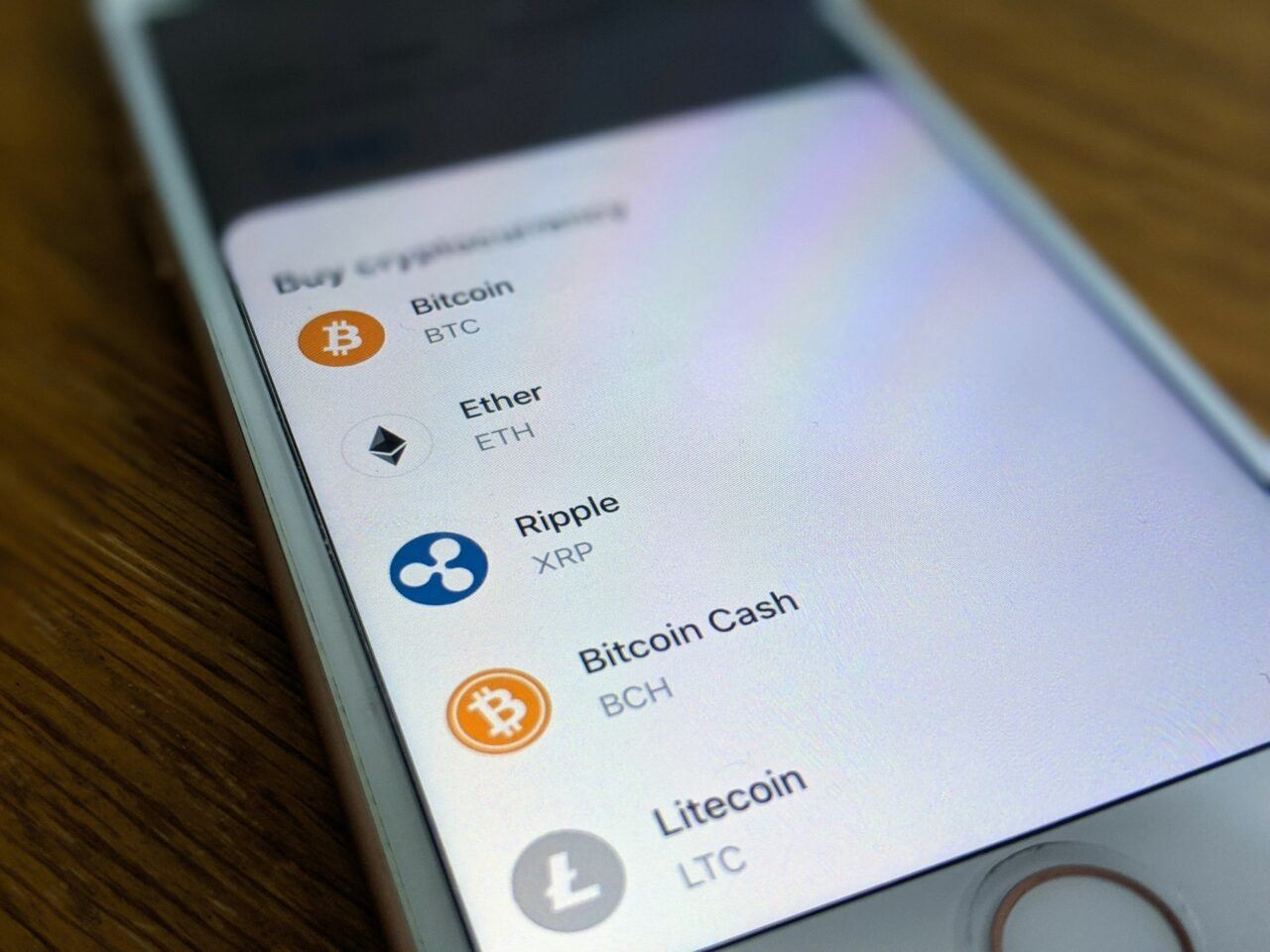 The cryptocurrency space is seeing the emergence of several key trends in 2020. Perhaps the most prominent is the rise of Decentralized Finance (DeFi), with the nascent industry growing past the $4.7 billion mark as investors pour their funds into relatively young protocols. And while coins pump and markets surge, there are other, quieter players who underpin the industry.

To some, cryptocurrencies are still about self-sovereignty: owning your own money. To others, they are a land of financial opportunity ready to be explored. Amid all of the hype, wallet operators that have seen bubbles form and collapse, seen users make operational blunders and barely escape hacking attempts, continue to quietly succeed in a space that focuses more on returns than on operational security.

CryptoCompare sat down with top wallet operators Trezor, CoinJar, and Wirex to understand how their businesses have changed over time, and what challenges they face today.

Over the three interviews, we learned that these cryptocurrency wallet operators are treading a difficult path - cautiously looking to onboard new users to the space, while dodging trends that could harm their reputations. Here are some of the key takeaways.

Cryptocurrency regulation is still in its infancy, the regulatory landscape around cryptocurrency storage and custody is far from mature, and attitudes within the space to regulation vary considerably.

In this regard, regulatory compliance was something emphasized by Wirex, who pointed out that they are a regulated entity in multiple countries while other wallets “are not regulated, but just support crypto.”

Unlike some in the industry, the firm sees growing cryptocurrency regulation as a “positive sign,” and believes it’s the missing piece that has been keeping cryptoassets from being widely adopted, as there is a need for regulatory clarity for big players to enter the market.

The Financial Action Task Force’s requirements for the space have forced wallet operators, including Wirex and CoinJar, to “step it up a bit and meet some of the requirements that were sort of softly outlined.” Among their improvements, they explained that their use of blockchain analytics software is key to meeting the requirements of governments globally.

But it’s not just in terms of compliance that wallet operators have to stay ahead of the curve. Regulatory attitudes towards crypto have also affected how tech giants such as Google and Facebook treat cryptocurrency advertising.

In this regard, Trezor noted that these dynamics have hurt marketing efforts, as companies such as Google enforce restrictions on some cryptocurrency-related keywords, and force businesses to look at other ways of getting their message out there. For Trezor, this involved focusing on creating quality content.

This is a challenge, however, as “people think about privacy and security only after something bad happens,” they noted, while the wallet operator would prefer to educate crypto holders about these problems before they lose their money. As the industry continues to suffer hacks and security breaches, and in 2020 has seen major security breaches among DeFi protocols, these warnings seem as relevant as ever.

Many believe that user experience is key when it comes to cryptocurrency adoption. Managing all the minutiae of cryptocurrency, including private and public keys, can be daunting to newcomers in the space. CoinJar told CryptoCompare that user experience improvements have always been a struggle and that they believe that it’s often better to add more benefits than to add more features.

Per CoinJar, cryptocurrencies can do a “myriad of different things,” but doing one thing in a simple way may be better. For the firm, keeping the number of offered cryptoassets low has helped it maintain its reputation, even though “there’s always something shiny in crypto that users say they would like.”

When it comes to user experience, Wirex pointed out the firm has a diverse client base, which means it counts among its customers both experienced cryptocurrency users, and users who see it as a challenger bank. Despite the diversity, the most frequent action people take when using the application is to “check if a price went up or down.”

Wirex’s design has made it easier for clients to “go from one currency to another,” moving GBP on their bank accounts to BTC and doing the opposite with relative ease. Wirex noted that companies providing instant services are much more popular than those who do not. On top of that, people “are willing to pay more” for a “faster on-ramp off-ramp solution.” The firm further pointed out that the number of cryptoassets being offered is “quite an important feature,” but added:

“We do see a lot of requests for adding more currencies, but based on our analytics, the majority of the exchange’s volume is going through Bitcoin. Around 70-75% of it is on Bitcoin.”

Wirex further noted that the majority of the volume is seen from the top three to four cryptoassets alone.

As cryptocurrencies gain new users, its core community has become diluted. While initially it was mostly about privacy, self-sovereignty and separating money and state, soon users who were not too concerned with privacy have become more prevalent.

In this vein, CoinJar revealed that its user base has changed markedly since the company was launched back in 2013, as the early bitcoin adopters “have a different set of priorities” from the users onboarded today.

CoinJar noted that in 2013, having an alternative to fiat currency was “at the center of the values of our users,” which were part of the counterculture. Nowadays “it’s more mainstream adoption,” partly growing thanks to fintech firms like Square, Robinhood, and Revolut offering crypto to their users.

“There are still people who appreciate bitcoin's more unique features, and we still try and highlight to users the benefits of crypto.”

On the other hand, Trezor revealed a different approach to its user base. When it comes to its users, they explained that they do not have a lot of data to share, as while they look at tools that help it analyze its website’s performance like Google Analytics, it intentionally tries “not to collect data about our clients.”

To Trezor, this is a feature, not a bug, as it doesn’t want to know a lot about its clients - other than that they bought a Trezor hardware wallet. Instead, it collects feedback via beta testing programs.

“We don't know who you are and we don't want to know. We want to stay independent and, actually, we want to remove ourselves from the equation.”

The hardware wallet manufacturer, in fact, does not find it hard to communicate the importance of privacy to its users. Those who choose Trezor, they revealed, are those who are already interested in the topic.

Instead, it sees its challenge in explaining more technical topics, such as the importance of open-source software. Per Trezor, users “shouldn't be trusting anyone, not even the producer of the hardware wallet.”

How the Coronavirus Pandemic has Impacted the Market

The day the World Health Organization (WHO) declared a pandemic, stock markets entered bear market territory for the first time in a decade, and the crypto market endured a near 50% drop on “Black Thursday.”

The COVID-19 pandemic has, according to Trezor, led to growing interest in the countries that faced strong government restrictions, with demand specifically growing in countries such as Brazil.

CoinJar pointed out that “it’s been a few good months” for the company, even though the performance of cryptocurrency wallet operators “is very price dependent,” explaining that trading activity went up during the coronavirus outbreak.

Wirex noted that its client base went up “month-over-month by almost 50%” when the outbreak started, and the trend is still ongoing. The firm attributes the growth to increasing interest in alternative investments and products.

"Saving accounts and bank accounts are not an option anymore, because most of the banks, at least in Europe, offer you a negative savings rate.”

Where the Crypto Space Is Moving Next

While crypto participants are always cautious about making concrete predictions on the future of the space, the wallets we spoke to did point to several emerging trends.

Wirex argued that at least in the near future, stablecoins will see their utility grow, and central bank digital currencies will soon become widespread. These products they believe will see the industry grow as those who have stayed on the sidelines because of cryptoassets’ well-known volatility, will finally enter the crypto market.

CoinJar pointed to the decentralized finance (DeFi) space when discussing the near future, pointing out it has been “bubbling,” as the market becomes enthused by the sector’s growth.

The firm itself, however, is more conservative, believing it should ride the ebb and flow of market cycles, and instead focus on its users’ safety, not rising trends:

“There are a lot of people earning a lot of money with yield farming or other DeFi projects. What happens when the music stops? Who's going to get burned, at what point do people retreat from the market?”

Their longer-term thinking seems to be working as the firm has been around since the early days of crypto.

Trezor, on the other hand, felt they were not in a position to offer predictions, but explained their ambition was to “be able to explain the importance of crypto, and how to secure crypto to everybody.”