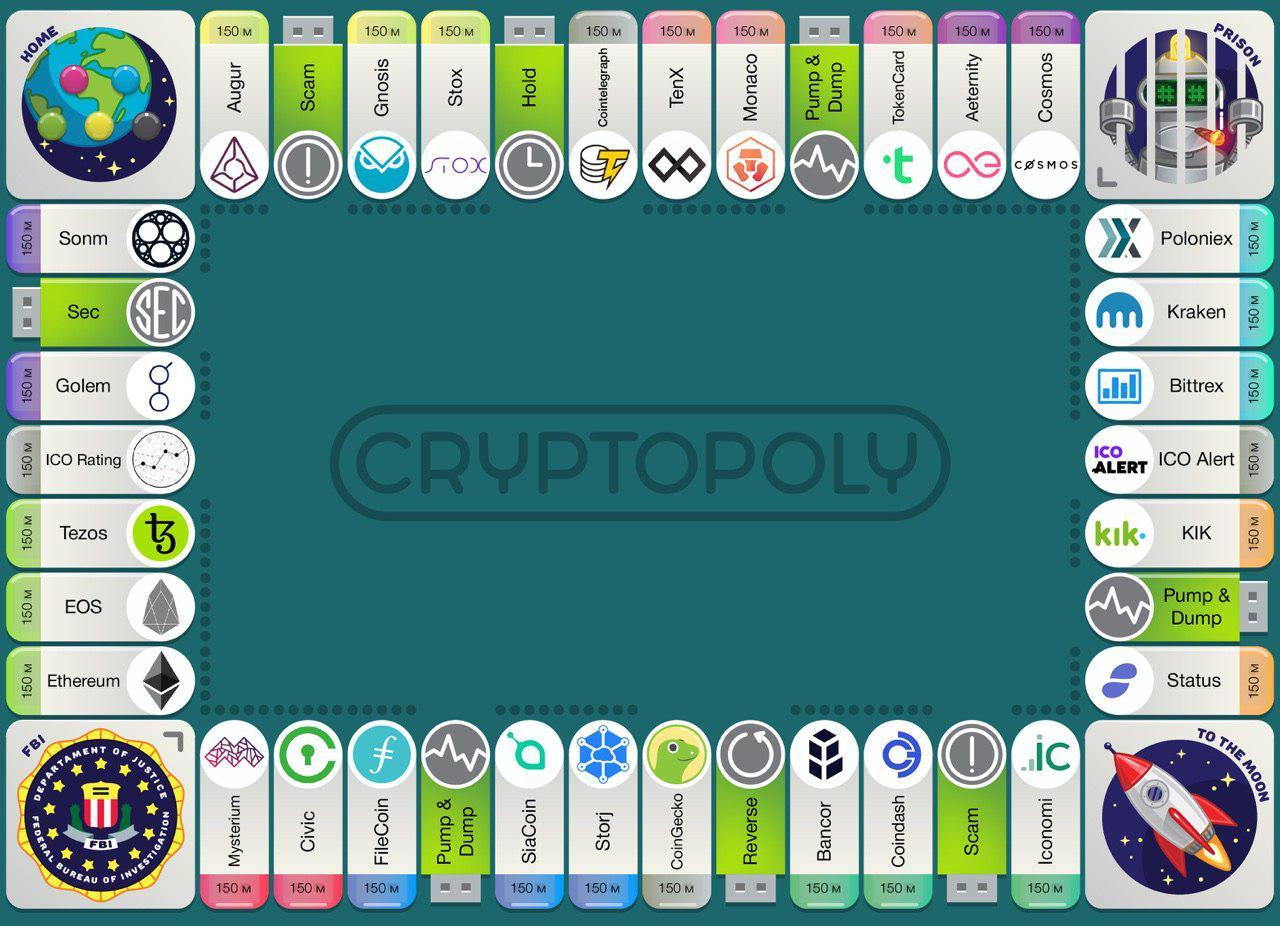 Fans of the multiplayer economic games can try their hands on the cryptocurrency market and play the new game, "Cryptopoly," created based on the classical game "Monopoly," popular since 1935. Cryptopoly is an online game with cash out of real money or Bitcoins.

The modern world sets the trends in all spheres of life including entertainment; something that was considered to be strange is now perceived as something self-evident.

Cryptocurrencies are one of the most discussed subjects nowadays. The continually growing Bitcoin rate and news of powerful latter-day farms for digital money mining draw the attention of those who recently did not know about the blockchain, ICO, etc.

Such a favorite subject could not elude the gaming industry. Cryptopoly was developed primarily for fans of classical economic "table-top games" like Monopoly. It is the multiplayer online game, ICO with various tokens (digital money) instead of habitual real estate objects or companies.

The gameplay in Cryptopoly is similar to Monopoly: the order of the courses, cubes, purchasing game fields, fields with "surprise," and so on. Apart from the main fields with ICOs of different cryptocurrencies; this game presents players the following positions, which the course can lead to:

The players can buy, sell their ICO companies, mortgage them, offer for auction, and make other deals. Players who get on an already bought site, pay rent to the owner.

The game purpose—to win against rivals and to be the only player without bankruptcy. You can become the owner of all ICO!

You can study rules in detail in the related section on the official website of the game.

The customers participate in the players rating, and the most active and successful get to the charts, earn rewards, and become owners of various gifts and prizes from the project’s partners.

You can earn money here

Cryptopoly gives the players an opportunity to monetize the game achievements. In the course of a game, the participants get rates, which hit the e-wallet of the winner after a prize. The funds can be cashed out in the form of real currency or Bitcoins at a current rate.