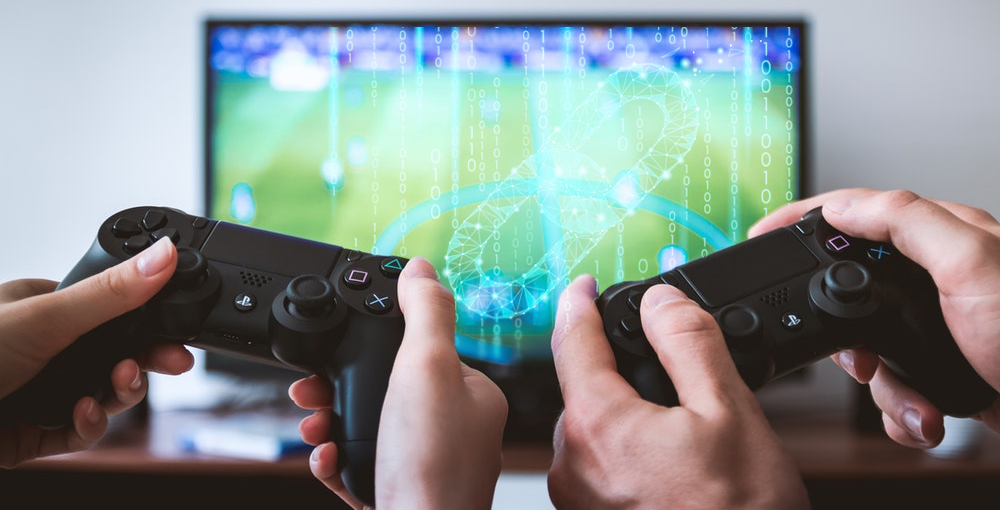 As the gaming industry, and the technology around it, continues to expand in a vertiginous way, some companies are trying to build games around Blockchain to take advantage of the unique properties of cryptocurrencies, tokens, and blockchain itself. Whether it is a trading card game, a petting game, MMO or RPG, the use of blockchain technology in the gaming industry is becoming more popular every day.

Most recently, games have entered the market leveraging Blockchain unique properties, such as its decentralization and immutability, allowing players to guarantee ownership of their in-game items or currencies, which can give their items real-world value.

What games are exploring blockchain potential?

There are multiple ways blockchain technology can be applied to the gaming industry, but the most obvious way is to use cryptocurrencies to reward in-game achievements, to buy in-game items or even character upgrades. Below is a list of games that are exploring blockchain technology, trying to reach a whole new level when it comes to in-game asset trading.

ETH TOWN is an Ethereum-based game featuring MetaMask support. The game is built around a crypto-tower that is full of apartments and offices with lots of surprising delights inside. Each floor comes with its own profit structure, rules, and bonuses. In addition, the game will entail heroes who will help a player make more profits from certain floors, with the option of buying certain characters and improving them over time in order to re-sell them for ETH. Some of the characters will have special relationships and all interactions in the game will be conducted through the characters.

The ETH.TOWN token (ETIT), is one of the core components in the game. Each of the token holders will automatically gain a share of the profits generated from all game participants’ activity. For instance, if an asset trade goes through, a share of the ETH amount involved goes to the deal-maker as profit, another share accrues to investor token holders, and the last part goes to the developers. Among token holders, ETH is further distributed in accordance with the share of tokens they hold.

ETH.TOWN tokens can also be used to buy in-game items or heroes. For example, for all operations related to Heroes, you have to pay in ETH.TOWN tokens. Tokens will never be purchased directly from the game's platform, and are only granted for specific actions in the game, and also as an added bonus for acquiring in-game items during the pre-sale. Tokens will be burned when players buy heroes or breed them, to basically keep the token economy stable and not inflate the amount.

The game is currently preparing for the launch of the alpha version with limited access and runs a presale selling unique in-game items and Crypto Tower properties. Kim Dotcrypto (an ETH.TOWN character reminiscent of an Asian leader) was bought in an open auction by Wang Chun, owner of the f2pool mining pool, for 15.1 ETH. The Pac-Man character was sold for 32.2 ETH. The DAO Hacker’s floor (one of the floors in the Crypto Tower) was sold for 100 ETH.

Created by Axiom Zen, CryptoKitties is an application built on the Ethereum blockchain that lets people adopt, raise, and trade illustrated cats with unique digital genes. The game introduced the standard Ethereum ERC-721 token in order to create unique and non-fungible assets (the kitties).

In CryptoKitties, a new kitty is automatically released every 15 minutes, until November 2018,  after which point users will need to breed kitties over an extended period of time in order to create new kitties. These conditions create scarcity, so it is not impressive that the most expensive kitty to date was sold for the equivalent of $110,707 in December 2017.

The game uses what is called a Genetic Algorithm (GA) to create new kitties. A GA is almost identical to how real life genetics work, where genes store data on how the rest of the body works. The data for each kitten’s genetic composition is stored (like a genome) on the Ethereum blockchain, and calculations using that data are be performed using Smart Contracts, leading to unique kittie offsprings that are related to the parent’s genes.

So basically, each kitty has its own ‘genetic code’ which is inherited from its parents and stored in a 256-bit number. These ‘genes’ exhibit themselves as ‘Cattributes’, which define the visual of a kitty, like colour, expression, body type, and ‘furriness’. The Ethereum platform founder, Vitalik Buterin, said that CryptoKitties was a good illustration of the potential of blockchain technology and its applications:

“I actually like the digital cat games. They illustrate very well that the value of a blockchain extends far beyond applications that would literally get shut down by banks or governments if they did not use one.”

Spells of Genesis is a mobile game that is a mix of a trading card game (TCG), bringing in deck collection and strategy, along with arcade-style gaming aspects.

Users are able to collect cards and combine them to create decks to fight their enemies. The game is a combination of intuitive gameplay and deep strategy card game, where all the cards are linked to the Bitcoin Blockchain. These are linked via Counterparty tokens which have been previously linked to a trading card that players can exchange via Blockchain transactions. EverdreamSoft, the company that created Spells of Genesis, explained:

“Spells of Genesis allows players to have true ownership of their digital assets through the Bitcoin Blockchain. SoG places some cards on the Blockchain and thus gives them some properties of physical items.”